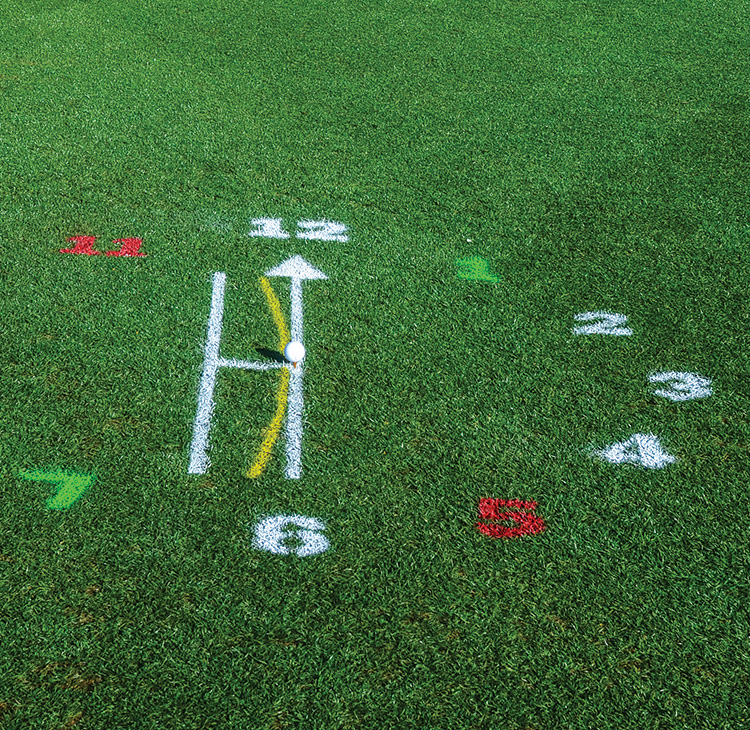 Amateur golfers often marvel at a pro’s ability to maneuver the golf ball right to left or left to right at will. Producing draws and fades is actually quite simple. Your ability to shape shots stems from understanding the factors that control direction.

The direction of a golf shot after a solid impact is determined primarily by two factors:

• Face position: The direction the club’s face is pointed or “looking” at impact.

• Club head path: The direction the club head is moving at impact. In simple terms, the ball will curve when the path of the club and the face position disagree.

If you want to curve the ball you must set up to produce the desired path and face position at impact. Use your stance line to create the path. You must swing the direction your body is aimed, then simply point the face slightly opposite and the ball will curve.

To control the ball flight I recommend the following procedure for right-handers:

1. For normal straight ball flight, aim the face of the club at 12:00 and align your body parallel to the arrow on the clock. Swing the club on a path that approaches the ball from 6:30 and exits impact between 11:00 and 12:00 (where the large hand of a clock would be at 11:30). If the face is square and you swing on this path the ball will start toward the target and fly relatively straight.

2. To draw the ball from right to left, align your body as if you were swinging to a target at 1:00. This is what’s known as a “closed” stance. Swing the club normally relative to your stance line and it will travel on a path that approaches the ball from 7:00 and exits impact moving toward 1:00 (inside to outside). Aim the face halfway between 12:00 and 1:00 (where the large hand of a clock would be at 12:30). The club face will be slightly open to the target but closed to the 1:00 path. The ball will start to the right then curve back left toward the target. 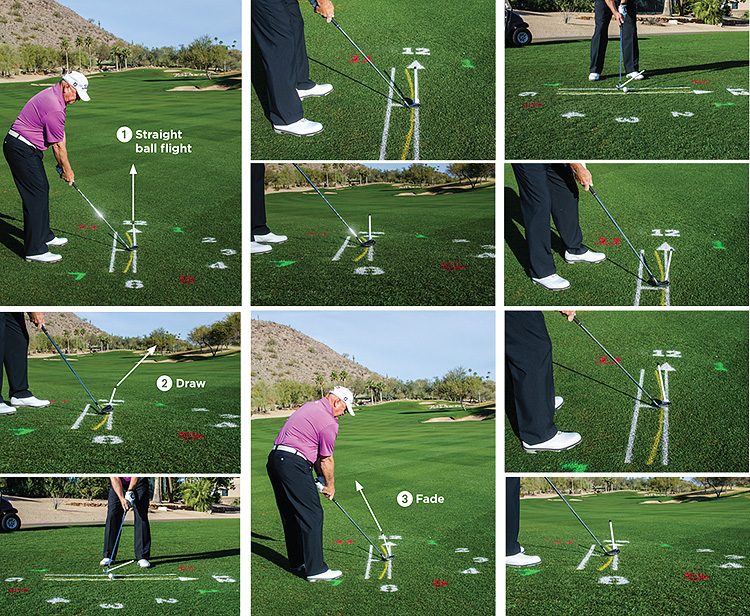 3. To fade the ball from left to right align your body as if you were swinging to a target at 11:00. This is called an “open” stance. Swing the club normally relative to your stance line and it will travel on a path that approaches the ball from 5:00 and exits impact toward 11:00 (outside to inside). Aim the face toward where the large hand of a clock would be at 11:30. The face will be pointed slightly left of the target but it will be open to the 11:00 path. The ball will start left then curve back right toward the target. 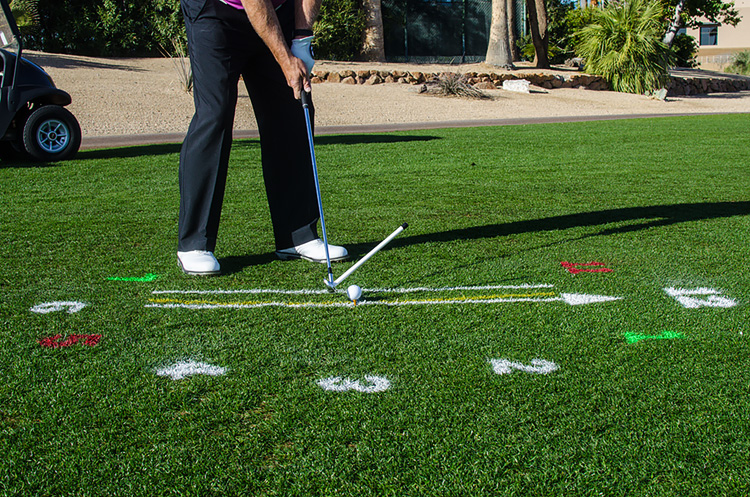