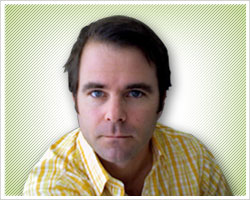 1. Picture your target when you swing by Dr. David Wright.
Golf isn’t like other sports. For one thing you look at the ball, not your target. Also, the ball isn’t moving. And last but not least, the swing is started from a dead stop. Add up these three elements and it’s easy to see why golfers get too mechanical when they address over the ball.

A few years ago I learned how to silence my own inner demons with one of Dr. Wright’s visualization tips. He had me choose a distant target (we were on the range so I chose the 150-yard marker) and picture it during my entire swing. It wasn’t easy at first and I noticed that the longer I stood over the ball the fainter the image in my head got. Still, by the end of our lesson I was striping it every time.

Picturing my target produced balanced swings, my rhythm was consistent and I made big full turns without ever trying to do so.

2. Every Putt’s a Tap In. Dr Joseph Parent.
A few years back I worked with Dr. Parent on the putting green. He started our lesson by placing a ball a couple inches from the hole. What’s that called? he asked me.
A tap in, I replied.
Exactly. Now go ahead and tap it in.
I did so. Then he moved the ball a couple inches to the side of the hole.
Now make the same •’tap in’ stroke you just made.
I did and since the hole wasn’t in the way the ball rolled a good five feet.
Sure was a long tap in, he said.
Then we moved back five feet from the hole. He placed his foot down about six inches in front of my ball and told me to yet again to make the same tap in stroke. I did so and I knocked the ball into the side of his foot. We did this a couple times. On the third stroke, he lifted his foot and the ball rolled under it and about five feet into the hole. The exact same tap in stroke I had used a moment earlier was the same stroke I used to make the five-footer. When you’re relaxed and your mind is clear, Doc told me You have no tension. That helps the putterface stay square through the stroke. Ever since his lesson I’ve stroked every five-footer the same way I would a tap in and most have gone in.

3. Lag Like an Elephant by Randy Devereaux
I learned this tip while teaching golf to kids a few years ago, here in Los Angeles. A fellow instructor named Randy Devereaux was trying to get kids familiar with how the body worked in a downswing sequence. He used the image of an elephant moving his head from side to side as a way to teach kids to let their arms to hang freely and lag behind their torso when they swung. When an elephant turns his head, his trunk lags behind, Devereaux said. That’s the same way your upper body should work in the golf swing. Uncoil with your lower body and let your •’trunk’ lag behind. With that the kids start ripping it. I’ll never forget how clear and simple he conveyed something that often gets over analyzed and technical.