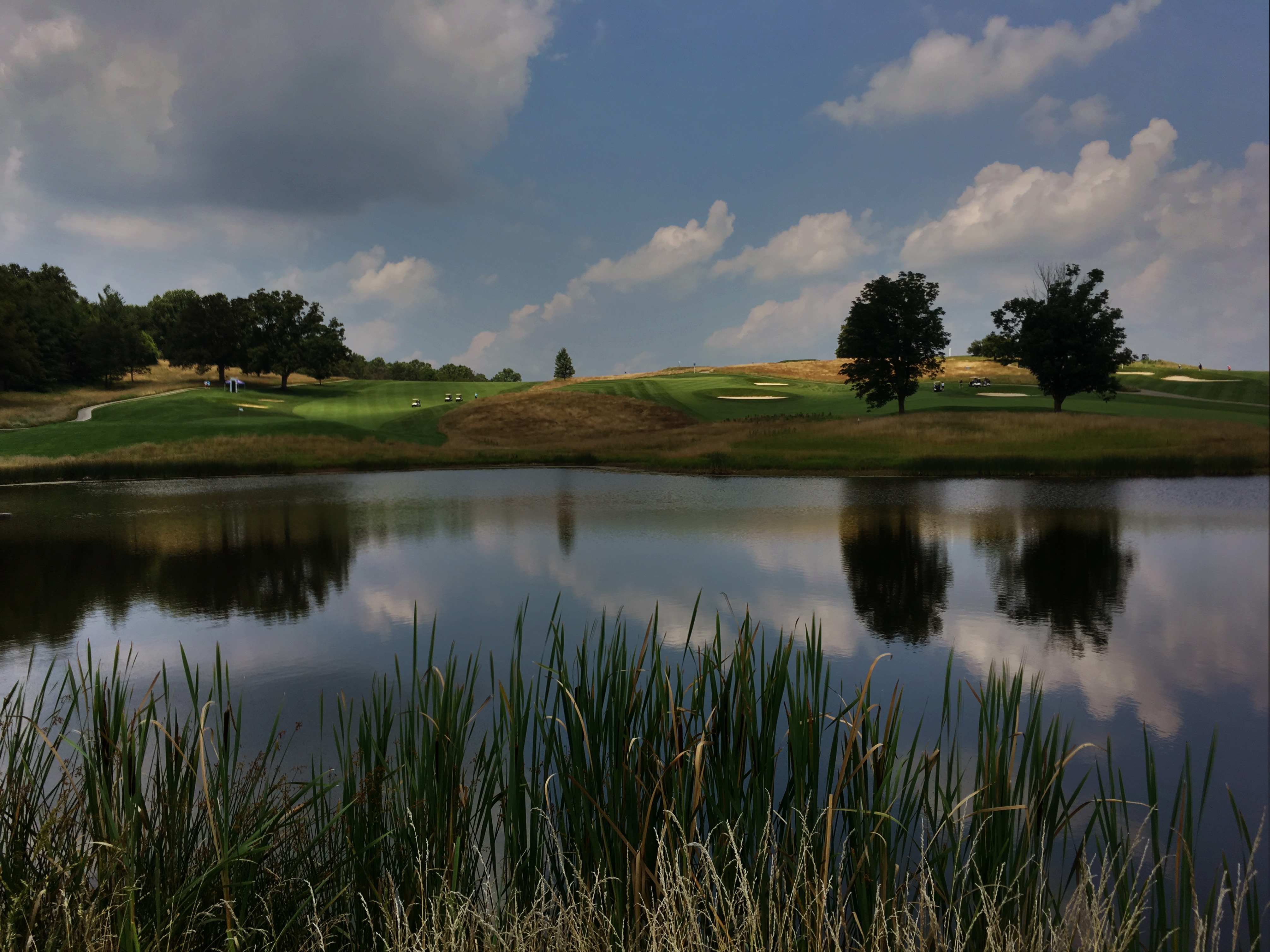 Anybody who knows me knows how much I love Edgewood Tahoe and the tournament for which it’s most known — the American Century Championship, which is rolling through its 30th edition on the south shore of Lake Tahoe through July 14.

I’ll be there for Sunday’s final round as Steph Curry, Justin Timberlake, 2018 Champion Tony Romo and more than 80 other athletes and entertainers tee it up on a true mountain masterpiece, in front of thousands of live fans and millions more on NBC.

Where have I been the rest of the week?

Indiana, that’s where. For the first time in my life.

That’s right, I had yet to visit the Hoosier State until just a few days ago, but that big hole in my golf resume has now been filled, in a big and beautiful and friendly (and sometimes muggy) way.

My first direct experience of Hoosier hospitality began at historic French Lick Resort in the state’s scenic southern hills, during a tournament that featured some of professional golf’s future female stars — the Symetra Tour’s Donald Ross Classic, played out on the great designer’s eponymous course.

Dubbed “The Road To The LPGA,” the 22-event Symetra Tour covers a huge chunk of the United States map each year and sends several young women to the big show when the season wraps up each fall.

This year’s Donald Ross Classic attracted talented strivers from more than 25 countries, among them Sweden’s Elin Arvidsson, with whom I and several other media members had the pleasure of partnering with for the tournament’s pro-am. Her swing is pure butter — I love her pre-shot routine, which assures a square clubface every time — and her attitude is bright and optimistic. After Friday’s second round she was in a tie for 15th place at -2, well clear of the cut “I only made 11 of 20 cuts in 2018,” she told us at the pairings party Tuesday night. “Not good enough.”

Looks to me like her game is trending in the right direction, and Elin has plenty of support; her trainer even flew in from Stockholm to follow her and her fellow sweet-swinging Swede, Linnea Johansson. She has a new fan; I plan to follow her progress the rest of the year and hope to see her reach the next level after eight years of trying.

As for the Ross Course, it lived up to its billing as one of the man’s best. Its elevated, multi-tiered greens were downright diabolical, giving up nary a straight putt, even from close range; there were few level lies on the swooping fairways, too. And after one of the rainiest springs in memory, its fescue rough is knee-high and absolutely brutal — the same goes for the decade-old Pete Dye Course just up the road, which, as I’ll relate in detail in an upcoming full review, also rates as one of that Indiana-born architect’s best.

Off the links, French Lick is known to many sports-oriented Americans as Larry Bird’s home town, and I got a taste of his enduring fame at a local tavern, 33 Brick Street, owned by a couple Bird buddies and home to his 1984-85 NBA MVP trophies and his 1992 Olympics “Dream Team” warm-up jacket.

French Lick’s Resort hotel is an early 20th century beauty, updated for modern vacationers but redolent of the colorful frontier history behind it, while its sister property, the West Baden Hotel, is a true architectural wonder, with a soaring dome-shaped lobby with perfect acoustics. Just off that room is the resort’s shrine to women’s golf, including those who have won its own Alice Dye Invitational and the annual Senior LPGA Championship, which returns in October. It’s a fascinating display, well worth any golf fan’s time.

Again, I’ll dive into the resort and its many Hoosier-flavored charms — including a casino in between the two hotels — in a full travel review.

In the meantime, rest assured I won’t wait another 59 years to get French Lick on my itinerary. Nor will I overlook the Symetra Tour, which deserves a wider audience. After all, it’s the future of women’s golf at the highest level.