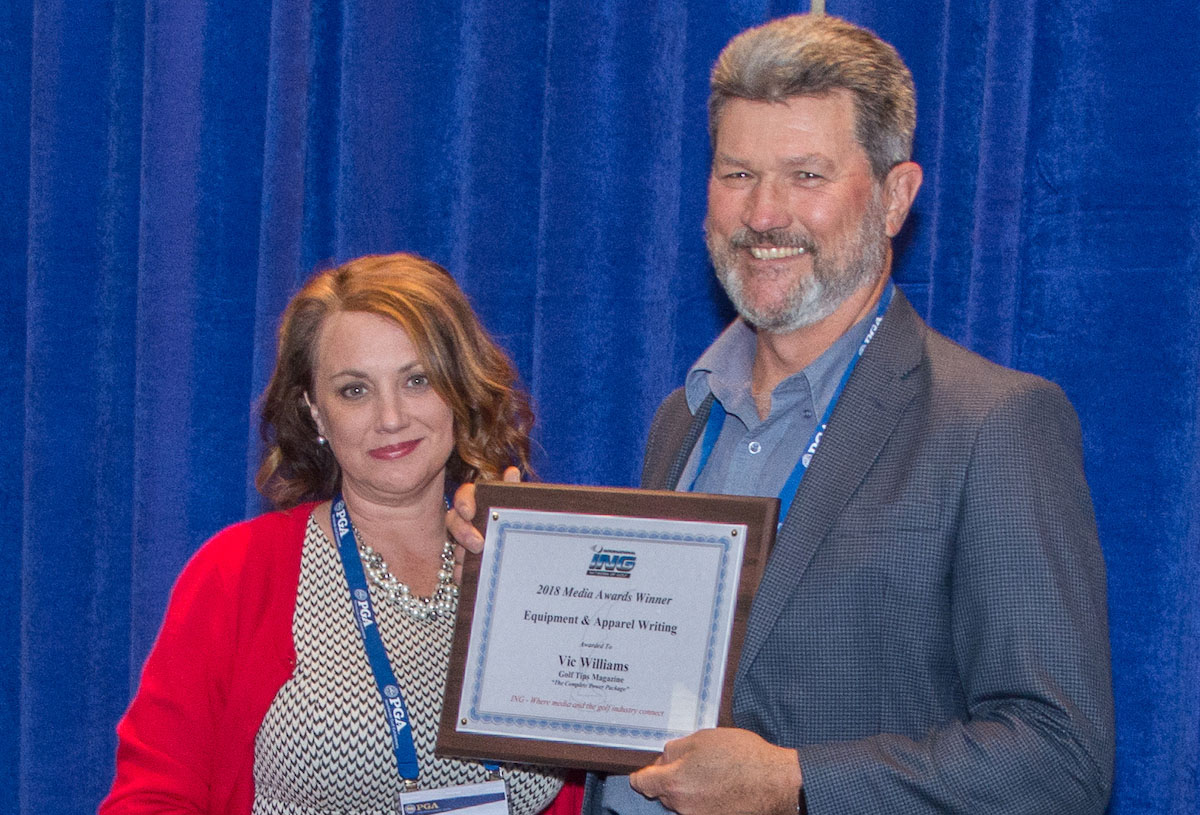 Williams won the category for “The Complete Power Package,” which appeared in the September-October 2018 edition of Golf Tips Magazine. He also won an Outstanding Achievement award for Travel Writing for his piece on Silvies Ranch in Oregon, “An Outback Original.”

Other winners in the Equipment category were Tony Dear, Colorado Avid Golfer (”The Clubfitter Turned Clubmaker”); Ed Travis, The A Position (“Dangerously Wrong”); and Ken Van Vechten, The Met Golfer (“The Sweetest Sound”).

The International Network of Golf, a non-profit, media-based networking organization, conducts the awards program for its members. ING membership is open to anyone in the golf industry and media. A total of 51 First-Place and Outstanding Achiever awards were announced at the presentation press conference conducted in ClubING at the PGA Show. Media Awards sponsors this year were Nexbelt, Volvik, Zero Friction and PGA Golf Exhibitions.

Also at the presentation, ING members Jan Stephenson and Dennis Walters were honored for their inductions into the World Golf Hall of Fame, taking place in June.

Van Sickle won with two articles that appeared in The Morning Read. One came in the Competition Writing Category with a piece titled “Tiger Lives!,” and the other in the Profile Writing Category: “The Man Who Beat Parkinson’s – With Golf.”

Steinbreder, who writes for Global Golf Post, scored in the Travel Writing category with “Continental Charm,” and in the Feature Writing Category with “Tales From The Design Trail.” Van Sickle also took home three Outstanding Achiever awards and Steinbreder one.

An independent panel of three judges in each category determines first-Place Winners and Outstanding Achievers.  Judges use a point system with several criteria. Scoring is done by judges when possible without knowledge of the person responsible for the work, or of the other judges in the category. The number of Outstanding Achievers in a category is determined by total entries and scoring range in the category.