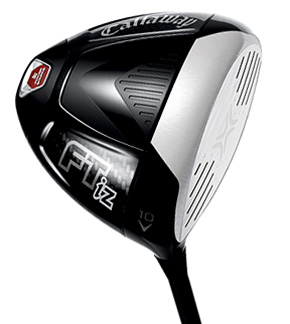 FT-IZ DRIVER
Featuring a radical triangular design (buh-bye square), this driver is dubbed by Callaway as the company's longest and straightest driver ever.

Looks and Feel: It has fighter-jet good looks–aerodynamic, sleek, mean. It's also a cinch to align. The face angle seemed to sit shut rather than square at address even though we tested a 10-degree model with a square face angle, but that's likely a function of the shape as it rests on the turf. As for feel, it's the first carbon-crowned driver that doesn't feel like one at all. It has a tremendous pop at impact.

Performance: It's definitely long, just like Callaway says. But, in our test, we found it was a lot easier to turn this over and hit a hook than it was to hit a slice. That is, a lot of our misses were pull hooks. We suspect that's not a mistake, since the configuration of the head shape and internal weighting, in fact, combine to make this club easier to square up at impact than, say, a traditionally shaped head. That took some getting used to, but once we did, we fell in love. As for forgiveness on off-center hits, the FT-iZ demonstrated a lot of give. We rarely missed big, and when we did, it was our fault, not the driver's.

Bottom Line: If you want a driver that has a new-age shape, awesome forgiveness and is an inherent slice-killer, the FT-iZ is a solid choice. We didn't test a Tour version (with a one-degree open face), but we suspect that one would have cured our hooks in a jiffy. That said, the FT-iZ remains a top contender for a 2010 GT Tech Award. 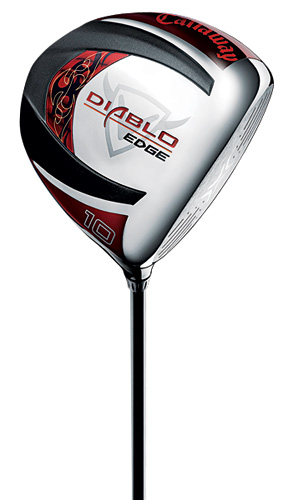 DIABLO EDGE DRIVER
The new Diablo Edge is a four-piece, all-titanium design that, like the FT-iZ, is hell-bent on adding more distance to everyone's drives.

Looks and Feel: Callaway is really making strides in bucking against traditional driver shapes and trying something different. The Diablo Edge is aerodynamic and aesthetically pleasing, and both solid and missed hits feel pretty good. Our only criticism is of the S2H2 hosel configuration on the Standard model. We understand the point: Weight is removed from the hosel and redistributed in the clubhead. Then why affix a cheapish-looking ferrule on the short hosel? It takes away from the sexiness of the sleek titanium design. However, the Tour model, well, that has got to be one of the best-looking shapes (it has a traditional hosel) we've ever seen from Callaway. Booyah.

Performance: We only tested the Standard model, but our findings were impressive. The Diablo Edge produces a surprisingly penetrating ballflight, thanks to both a nine-degree loft and a square face angle (models above 10 degrees have one-degree closed faces). We saw a limited dispersion on our misses, and our solid bombs flew a long way, usually in the direction we wanted. In fact, we took a couple swats and tried to mis-hit and had trouble doing so–let that give you an idea of how forgiving this driver is. You may not always hit it straight (that's up to your swing, not necessarily the driver), but you'll definitely hit a lot of long drives with this club.

Bottom Line: A forgiving power-hitter. The shaft felt a little whippy, so if you opt for one, be sure you get fitted for the proper weight and flex. 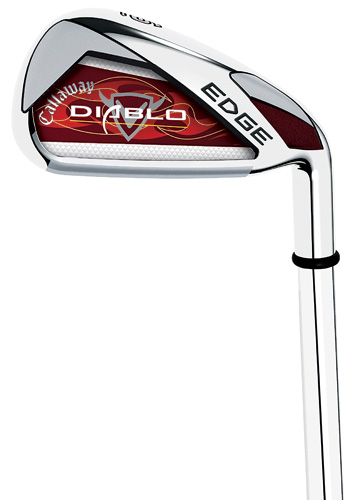 DIABLO EDGE IRONS
Using a 360-degree, undercut-cavity design and a low center of gravity, the Diablo Edge irons are both long and very forgiving.

Looks and Feel: The Diablo Edge has two things going for it: a wide sole and an undercut channel, which basically means weight is pushed to the perimeter of the face. These attributes offer serious forgiveness and, when combined with a low CG, mean big distance, too. We were taken aback by the weird modified Tru-Bore hosel, though. Was it necessary to cut it out like that? We couldn't help but wonder if that would cause some added friction in deep rough. Nevertheless, having the option to integrate a couple hybrids into the set mitigates any minor dislikes in the iron's design.

Performance: We hit them high and straight, which for the higher handicapper/slower swinger will translate into bigger distance. Better players, and/or those who swing faster, might see a lot of ballooning shots, but that's to be expected from an iron in this category. The white groove markings, as well as the vertical white stripes on the sides of the grooves make aligning the clubhead behind the ball very easy. So easy, that we didn't even have to think about it.

Bottom Line: These irons are long and forgiving, especially in shots hit more toward the toe. Better players who want a more boring trajectory will prefer the Diablo Forged irons. 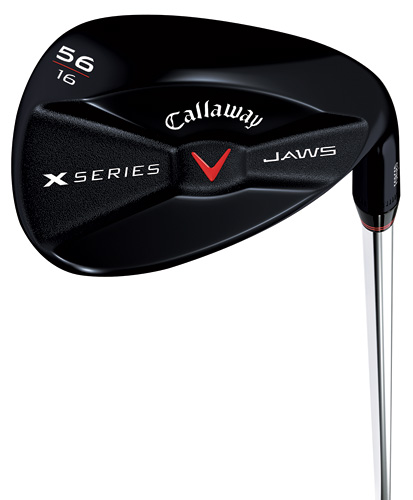 Looks and Feel: Can someone please pass the butter? These wedges are sharp and smooth–two traits of great wedge design. With many wedges using a cast design, we can't help but feel the love for forged carbon steel. It has a soft feel that helps make you feel more relaxed over your chips. The MACK Daddy grooves are as aggressive as can be under the new rules, and the C-Grind sole
basically reduces turf contact to a small area on the center-bottom of the sole. As for the two finish options, we liked the Milky Chrome finish, but we loved the Dark Vintage finish.

Performance: We don't try to fake it. How a wedge performs is highly contingent on the skill of the golfer using it. That said, we took our limited skills and found these wedges to perform beautifully. We liked the compact shape–it seemed to make hitting pitches and chips from the rough easier. We also liked the open-face capabilities. That is, when we open the face, the leading edge doesn't come way up off the ground.

Bottom Line: The best-looking wedge we've seen from Callaway. Better players will like it more than amateurs, mainly because they're able to do more with it.