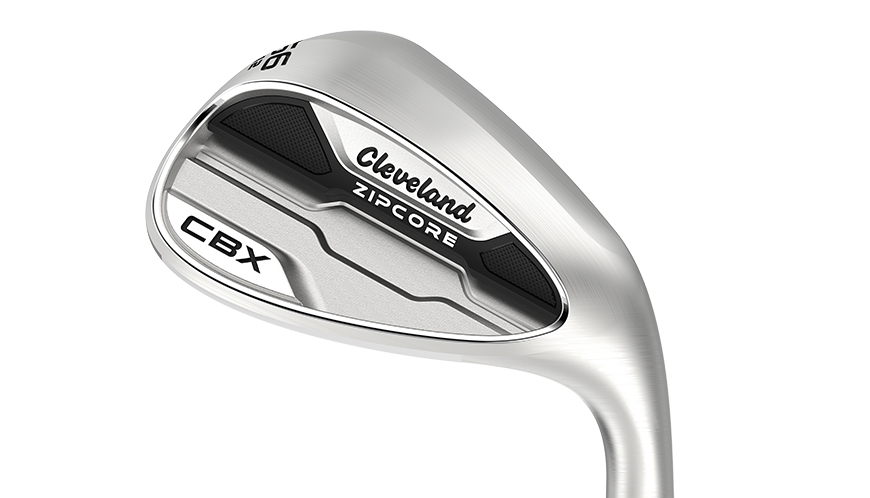 Historically, the wedge category has been as resistant to change as the Dutton family on Paramount’s wildly popular series “Yellowstone.” After all, the top PGA TOUR players hit greens in regulation 85% to 95% of the time from 125 yards and in. So, if it ain’t broke, don’t fix it, as the adage goes.

The only problem with that cliché, as it pertains to average golfers, is that it’s entirely and utterly inaccurate. For most mid-to high-handicap players, the proverbial scoring zone – a mere 1.22 football fields in length – is a veritable Bermuda Triangle where good shots get lost and end up somewhere other than the green.

And that’s where Cleveland and its new CBX Zipcore line enter the conversation. It stands to reason the “OEM” steadfastly committed to crafting the world’s best wedges would say “enough is enough” and create a club that works for the rest of us. Not just on approach shots, but around the greens and out of bunkers.

The CBX Zipcore is a cavity-back wedge that offers many of the same benefits of a player-improvement iron. Its decidedly larger profile delivers a high level of comfort as golfers set up for full, pitch and chip shots. The club’s ultra-wide sole helps the clubhead slide through the grass like a knife through butter and reduces both chunks and skulls, according to Cleveland.

After testing a 54-degree CBX Zipcore over three 18-hole rounds, we couldn’t agree more. On 100 to 110-yard approach shots, the wedge reacted like a true cavity back iron and was spectacular time and time again. It took a little more getting used to around the greens, visually, with its larger profile and wide sole. But it was especially adept at chip shots calling for run out on the green.

Cleveland’s Ultzip Groves are sharper, deeper and packed closer together than on traditional wedges to the point there are two additional groves. And based on testing from a variety of equipment testing services impart just as much spin as their blade brethren.

In terms of the name, “Zipcore” refers to Cleveland’s lightweight, vibration-dampening material at the core of the wedge. It enables the clubface to max out the moment of inertia (MOI) thus creating one of, if not the, most forgiving wedges on the market.

Retailing for $149.99 to $159.99, the CBX Zipcore is available in lofts ranging from 44 to 58 degrees and in steel and graphite shafts. For more information, visit www.clevelandgolf.com.