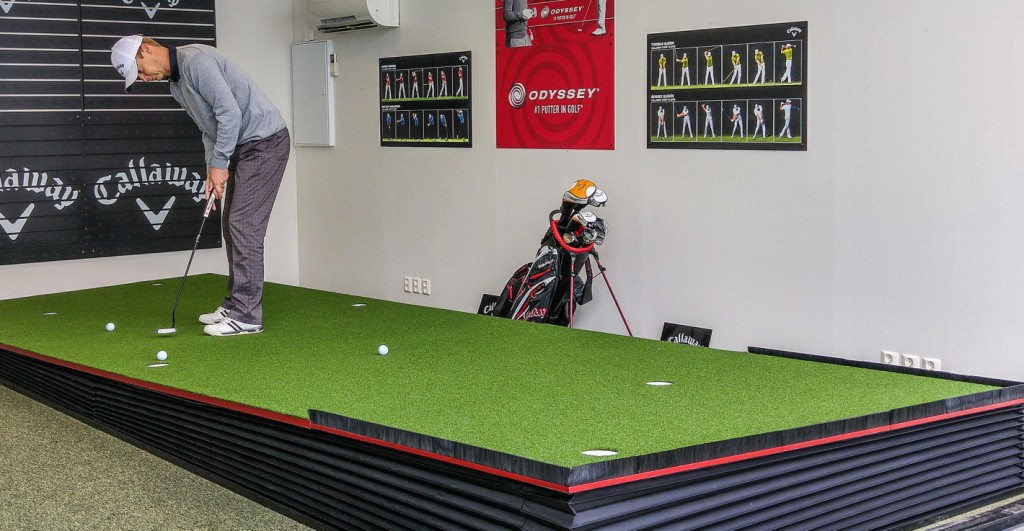 When The Daily Telegraph, one of the United Kingdom’s largest newspapers, recently reported how  golf’s major winners were turning to Southport, England-based Tour coach Phillip Kenyon to transform their putting, eagle-eyed readers may have spotted a reference to golf’s new secret putting weapon – the Green Stage by Zen.

With 2016 Major victories, late-season surges in form and stellar performances at the Ryder Cup all following recent sessions with him, many of the world’s best-known Tour superstars now turn to Kenyon when they want to improve their form on the greens.

And when they visit Kenyon’s studio at the Harold Swash School of Putting, located at the Formby Hall Golf Resort Hotel & Luxury Spa in Southport, Tour stars regularly spend time on the adjustable slopes of the Green Stage

“The Zen Green Stage allows us to create any type of makeable putt on the planet, within seconds” said Phillip Kenyon. “If you collect data on both straight and breaking putts, you get a much truer picture of how the student carries his/her stroke patterns onto the green.

The world-first, computer-controlled Green Stage – developed and built in Sheffield by Andy McCague, Nick Middleton and the team at Zen Green Technology – enables golfers to practice an almost limitless number of breaking putts to their heart’s content, mastering the art of green reading in a comfortable indoor environment. The Green Stage, which is available in three sizes from 12 to 20 feet in length, takes seconds to adjust from one slope to another, and can offer golfers challenging double-breaking putts as well as all other putts in the scoring zone.

When combined with the other technology at Kenyon’s disposal, including SAM PuttLab, Quintic Ball Roll, GASP high speed cameras and software, and 3D analysis systems which measure the body’s movement, the Zen Green Stage is proving formidably useful in transforming pupils’ fortunes on the greens.

“With the constraints of the British weather, it is hard to capture the right putting data outdoors,” said Kenyon. “Having the Zen Green Stage at the studio here has been a big step forward for us. We can capture all of that date across each of the different putt types – uphill, downhill, sidehill, and double breaks – in a controlled environment.

“The Zen Green Stage creates a much more effective putting coaching process” he continued. “We can see how a golfer tackles an emerging environment, typical of what they will find on the golf course, rather than simply assessing them on a flat surface. Green Stage enables us to create an ever-changing putting experience indoors – which makes for a far more enjoyable environment for the golfers who come here to improve their putting.

“Zen Green Stage has also allowed us to be more economical and cost-efficient with our floor space. Putting it into our studio was a great decision.”

Green Stage co-inventor Andy McCague said: “We are delighted that Phil Kenyon and his high-profile customers have found such incredible success on Tour in 2016, and we are proud that he has selected Green Stage to play such a pivotal role in his world-class putting studio.”

“Green Stage is not just a moving floor” said co-inventor Nick Middleton. “We have new sensing technology and some fun gameplay in development. Green Stage is completely changing putting practice, and we’ve put enjoyment right up alongside improved performance as our twin goals.”