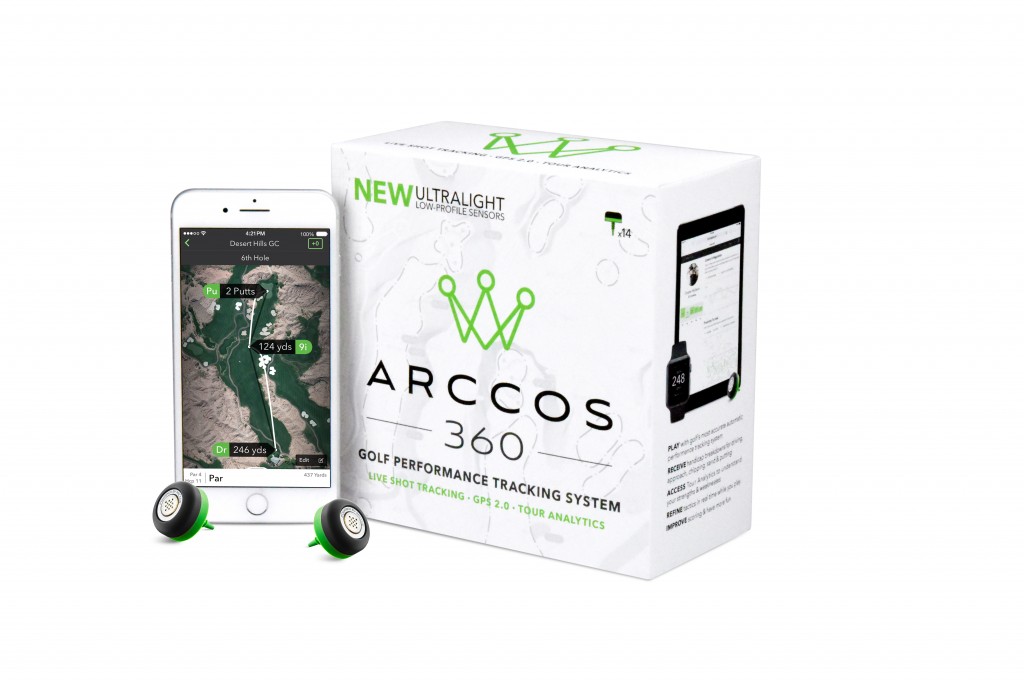 Arccos, one of golf’s leading performance trackers, has announced its second-generation system, Arccos 360, will debut at retailers nationwide in early November and be available for pre-sale at www.arccosgolf.com.

Boasting low-profile sensors that are more than 50 percent smaller and lighter than the original Arccos system, Arccos 360 ($249.99) also showcases a powerful new shot detection algorithm that increases accuracy and virtually eliminates the need for editing. Additional features include:

“Our in-house teams of hardware and software engineers have achieved a series of technological breakthroughs that allow us to yet again provide users with a next-level performance tracking platform,” says Sal Syed, Arccos CEO and Co-Founder. “The combination of Live Shot Tracking, GPS 2.0 and Tour Analytics helps any player, regardless of skill level, unlock their personal performance data to lower scores and have more fun.”

Arccos 360 consists of 14 ultralight sensors that easily attach to the club grip and communicate with a free app for iOS and Android devices. The system seamlessly records every shot a golfer makes, analyzes the data in real time and reveals strengths and weaknesses to enhance on-course decision-making. Unlike competing products, it requires no tagging, tapping or other annoying disruptions to a player’s routine.

Widely heralded as one of the game’s most powerful technology platforms, Arccos delivers data on distances hit, club averages, driving accuracy, greens in regulation, sand saves, putts and more. By accessing the Tour Analytics web dashboard, Arccos users and their instructors can gain valuable insights via deep dives into stats, playing patterns and rich data comparison for every club, shot, hole and round.

Developed in conjunction with golf’s most renowned statistician, Peter Sanders, Tour Analytics draws from his work with PGA Tour star Zach Johnson and many others. It breaks down a players’ handicap into five key components – driving, approach, chipping, sand game and putting – helping golfers:

The Arccos product portfolio also include Arccos Driver ($79.99), a single-sensor solution that delivers live data for tee shot distances, fairways hit and more. It functions by automatically detecting each drive, then using a player’s smart phone to record second shot position. Other features include the King of the Hole game, which turns any par 4 or par 5 into a virtual long drive competition.