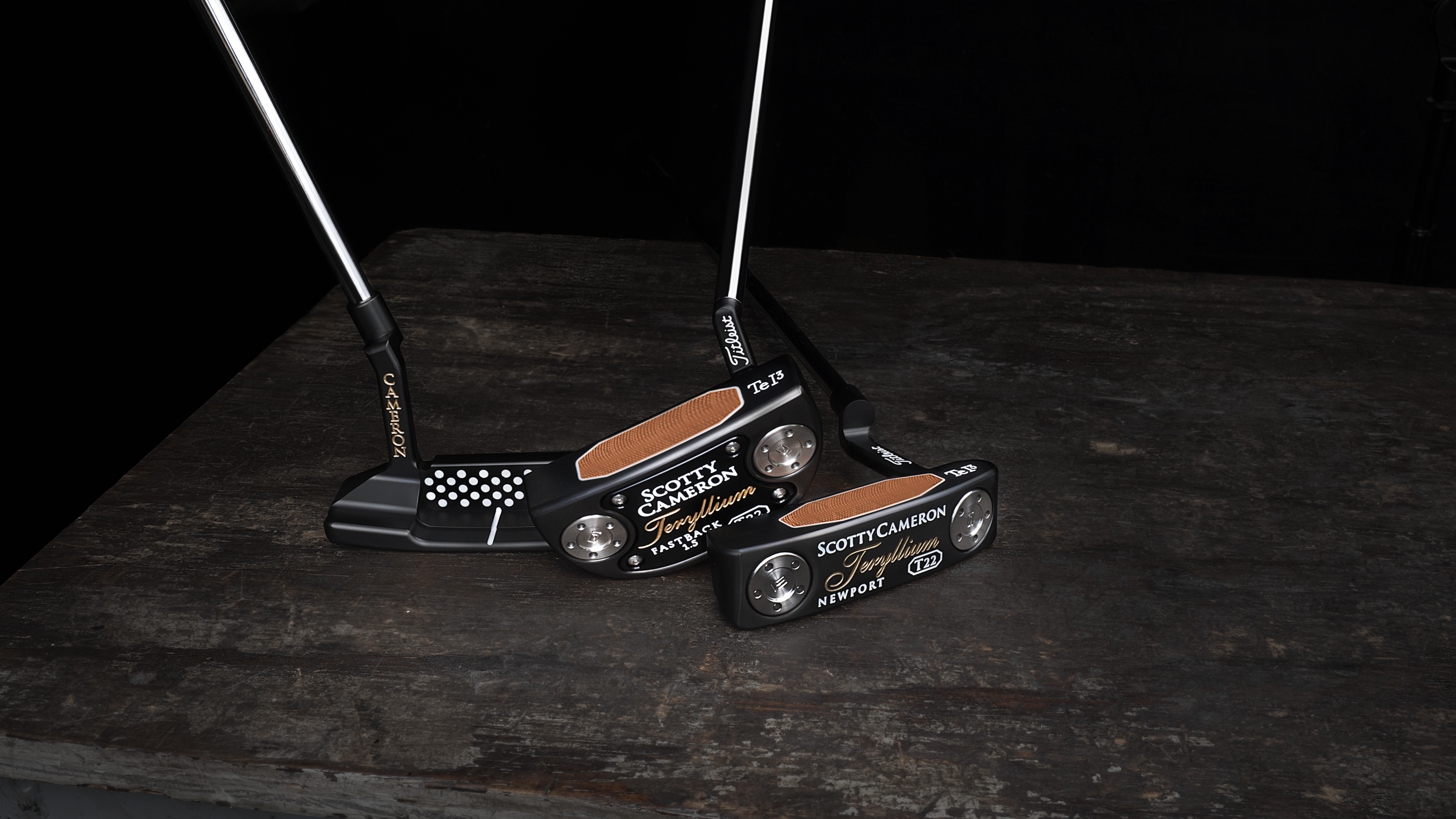 Twenty-two years after the emergence of his original Teryllium-inserted, major-winning TeI3 designs, Scotty Cameron has reimagined and announced the limited release of three new putter models built under the “T22” moniker.

Precision milled in the United States from 303 stainless steel, and given a tactical matte black finish that brings out Scotty’s unmistakable “domino pattern” in the back cavity, the new T22 putters are designed to the modern specifications demanded by today’s dedicated golfers.

• Teryllium T22 Fastback 1.5: The new Teryllium T22 Fastback 1.5 incorporates a Tour-preferred mini-slant neck, improved four-way sole balancing for a square setup and a thinner topline similar to the Select line’s Fastback model, while maintaining the visual aesthetics of early Teryllium putters – with its familiar black, white and gold color scheme and “domino pattern” in the putter’s back cavity.