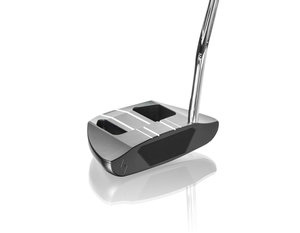 An Argolf putter helped Kenny Perry take the 2017 U.S. Senior Open trophy. He used an Argolf Pendragon model to secure his two-shot victory July 2 at Salem Country Club in Peabody, Mass. It was the 56-year-old player’s fourth major championship title on PGA Tour Champions and his second U.S. Senior Open win – and the first bogey-free final round by a U.S. Senior Open winner since Bernard Langer in 2010.

“We extend our sincere congratulations to the winner of this year’s U.S. Senior Open,” said Olivier Colas, founder and CEO of Argolf. “An ever-increasing number of tour players and avid amateurs are discovering the extraordinary merits of Argolf putters.”

Perry was the only player to shoot under par in all four rounds at the Donald Ross-designed golf course. This championship title gets him into the 2018 U.S. Open, to be played June 14-17 at Shinnecock Hills Golf Club, in Southampton, N.Y.

Born of a shared passion for golf among two French aeronautical industrialists and a golf professional, Argolf presents an exclusive line of custom putters made from the finest materials and featuring precision design to enhance the games of golfers around the world. Tested and used by tour players worldwide, Argolf putters have beautiful sight lines and engineering lines. The putters have a consistent weight and feel, with no inserts. Featuring exceptional engineering, quality, accuracy and look, each Argolf putter is made from a single block of the highest-quality metal, milled to the type of head that fits an individual golfer’s stroke. To honor the origins of the Argolf story, the putters are named after Camelot legends. Every golfer who selects an Argolf putter is choosing a legend.

An increasing number of tour players and skilled amateurs are turning to Argolf putters for their superior feel, accuracy, consistency and visual appeal.

Argolf putters are designed for accuracy with a high MOI as well as visual appeal, and are manufactured to the highest standards. Argolf’s precisely-engineered putters are in use by professionals and amateurs in Europe, the U.S. and around the world. The Argolf putter collection includes: Arthur, Avalon, Lancelot, Merlin and Perceval models in stainless steel; the Morgane, Uther and Pendragon models in aluminum; and the Graal model in titanium.

Argolf USA recently opened the Argolf Putting Lab, in Jupiter, Fla., where golfers will experience a custom fitting in consultation with an expert fitter who will recommend the precise Argolf putter model for each player’s needs.