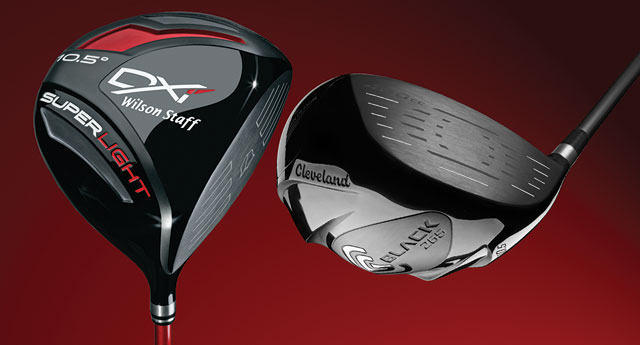 IS WHITE HERE TO STAY?
With the success of TaylorMade’s white R11 and Burner drivers, it only makes sense that we’ll see more of the color in 2012–and not just on clubheads. Already making their debuts are Garmin‘s white Approach S1 GPS wristwatch and Miyazaki‘s Kusala White shaft. Cobra, the brand that’s likely to make a big splash in the new year with its out-of-the-box line of clubs and apparel, has the ZL Encore driver. Will other manufacturers coat their drivers, irons and putters with white paint? Hard to say, although we wouldn’t be surprised if TaylorMade returned with another white driver, especially after this year’s success.

LIGHT AND LONG DRIVERS
Led by Cobra‘s Long Tom, a 48-inch driver named for a World War II cannon, the long driver craze of recent years has finally maxed out. (The USGA limits club length to 48 inches.) Other clubmakers are sure to continue the trend of longer and lighter clubs–most of which don’t reach the prodigious length of the Long Tom. Wilson Staff’s 46-inch DXi Superlight comes with a 48-gram Matrix Ozik Xcon 4.1 shaft and weighs only 270 grams overall, and Cleveland‘s Black driver strips weight out of the shaft and grip to weigh a ridiculously light 265 grams.

CUSTOMIZED CLUBS
The on-demand mentality has made its way into the golf world the past few years with Movable Weight Technology, colorful grips and the option to fill in the recesses of your clubheads with your favorite color paint. You can get custom fitted, cut down shafts and alter faceplates on putters. That trend will continue in 2012, likely in ways that we’ve never imagined. The most talked-about new products and services, so far, are in the short-game category. Look for Never Compromise’s limited-edition Connoisseur putter line, which you can customize via the company’s website, mycustomputter.com. There you can add custom inscription, fonts and logo colors on the putterhead. Titleist has also introduced a new Wedgeworks service from Bob Vokey. What once was available only to Tour pros is now the domain of weekend warriors. At his shop, you can custom-stamp your wedge, get a custom ferrule installation and dial in a specific swing weight. 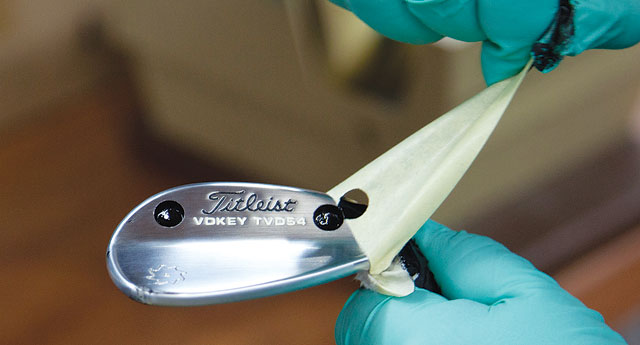 WEDGE FACES THAT GRIP
Since 2010 when the USGA’s ruling on grooves went into effect on wedges, we’ve seen a variety of new clubfaces designed so you can still spin the ball from just about any kind of lie. 2012 will prove to be the most diverse range yet, with Cobra‘s reintroduction of the classic Trusty Rusty. With three different cosmetics (satin, black PVD and prerusted) that rust over time, the Trusty Rusty harkens back to an era when players wanted their higher-lofted greenside clubs to get as "grippy" as possible. Look for laser-milled grooves on Cleveland‘s 588 series, machine milling on Bridgestone‘s J40 wedges, 17 grooves on Titleist‘s Vokey Design SM4 wedges and quad-cut grooves on Mizuno‘s MP-R12.

HYBRID FOOTWEAR
We couldn’t be happier with the evolution of golf shoes. In the past 15 years, they’ve gone from hard leather, metal-spiked and often highly uncomfortable to supple, soft-spiked and supportive. Now all that comfort comes in a casual-looking package, too. After Fred Couples wore a pair of Ecco Street Premiers at the 2010 Masters, the very idea of what a golf shoe could be has changed. Not surprisingly, a lot of new models will be released in the coming year. Look for Callaway‘s Del Mar line, FootJoy‘s FJ Street and Adidas‘ Streetwear series, which conjures up early ’80s breakdance culture. But perhaps the most radical new offering comes from none other than Nike, who has taken the Dunk, a popular basketball shoe, and made it golf friendly.

THROWBACK APPAREL
What’s old is new, and with the resurgence of old-school fashion still going strong, we can expect even more bold, bright and retro ’70s and ’80s looks. Puma and Adidas are just two companies that will have TV viewers adjusting the contrast of their flatscreens. Will their nostalgia catch on with the average golfer? Time will tell as a new generation of golfers reared on the Internet, video games and Twitter climb their way up the World Golf Rankings.

MORE-FORGIVING PLAYERS’ IRONS
Better players prefer irons with thin toplines, minimal offset and little to no cavities. For most golfers, blades like that are far too difficult to hit–the equivalent of taking a whack at a pebble with a 40-inch butter knife. In recent years, subtle changes have been made to the category to retain much of what the better player likes but to add forgiveness. 2012 sees a number of forged-iron offerings that maintain the classic looks while incorporating subtle forgiveness into the product. Look for Titleist‘s MB and CB irons with a "dog bone" back that locates more mass behind the impact area; Mizuno‘s MP-59 irons with 12 grams of titanium forged into the center of the muscle; Bridgestone‘s J40 with a revamped dual-pocket cavity for higher MOI; and Cleveland‘s forgiving but laser-like 588 CB and MB.

COLORED BALLS
What could have been a trend, seems to have legs. The reemergence of fluorescent golf balls a couple years ago hasn’t just caught on with Srixon (Z-Star) and Bridgestone (e6). Now Pinnacle has entered the market with their Gold flagship ball. Look for a new Srixon entry, too, in the Q-Star.