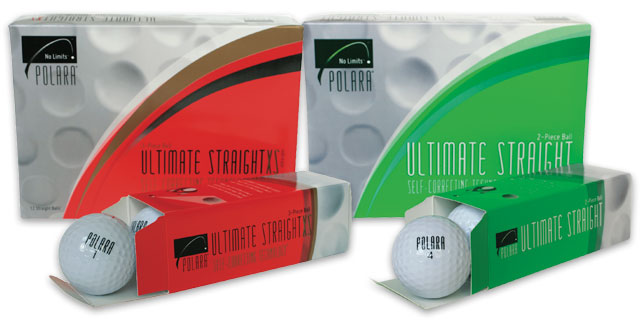 If you’re a recreational golfer who tends to find the rough more than the fairway, your fast track to straighter shots has arrived. No, it’s not a new training aid, oversized draw driver or magic swing tip. It’s a golf ball that flies straight, even when you put a slice swing on it.

"It’s estimated that 85% of golfers have trouble hitting the ball straight and then end up slicing the golf ball," says Dave Felker, head of technology for Polara Golf. "If you want to prevent a slice, you have to understand how the ball behaves when you slice it."

Polara’s new lineup of self-correcting golf balls do just that. The company guarantees, via independent testing, that they’ll reduce your hook and slice by up to 75%. Utilizing what the company calls Self-Correcting Technology, Polara has designed two golf balls that boast an asymmetrical dimple pattern of three different shapes: deep, shallow and small that are designed with a specific purpose. The key is how the dimples are laid out on the ball. Just pointing the side stamp arrow toward the target allows the Self Correcting Technology to perform at the highest level. Simply line up the arrow that’s painted on the side of the Polara toward the target and say bye-bye to your hooks and slices forever!

As Felker says, "It lowers the embarrassment factor, speeds up play, and [golfers] have more fun."

With these new self-corrrecting orbs from Polara, you can focus more on your chipping and putting and less on trying to find your golf ball.

Like its 3-piece brother, the Ultimate Straight 2-piece ball features three different kinds of dimples that eliminate hooks and slices by up to 75%. But this firmer distance ball features a Surlyn cover and a high-velocity polybutadiene core that yields prodigious drives.

Also like the XS, it has two regions of dimples. On the poles, the deeper dimples lower drag and enhance weight distribution, while the small dimples provide added slice and hook correction. On the equator, the shallow dimples lower lift and establish the preferred spin axis.