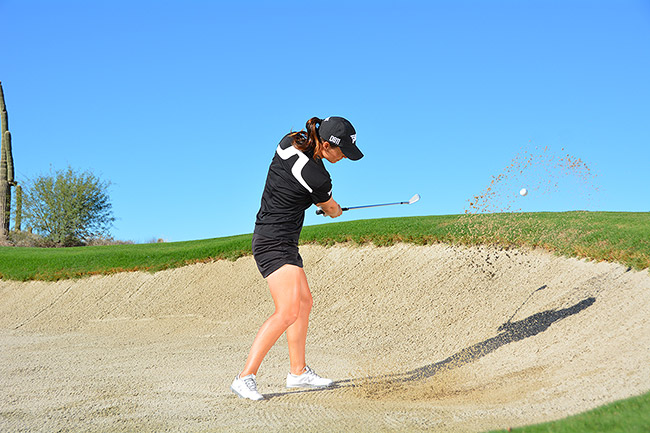 As the 2015 season winds down for the LPGA Tour, Parsons Xtreme Golf (PXG) is ramping up its tour presence. The revolutionary new golf equipment company founded by businessman and golf nut Bob Parsons announced the addition of three-time LPGA Tour champion Beatriz Recari to its tour staff program.

Like Parsons, the spirited Spanish golfer is a self-proclaimed equipment junkie. Recari is known to tinker and test new technology, prioritizing clubs over contracts. Performance is her key measure and the experience of playing PXG clubs proved to be unlike anything else.

“From first hit I knew PXG had built something special, something that I wanted in my bag,” Recari stated. “I have never hit a club that felt so good and produced such awesome, consistent results.”

Recari is a Spanish professional golfer who plays on the U.S. LPGA Tour and the Ladies European Tour. On the LPGA Tour Recari has earned 21 career top 10 finishes and three victories. She has represented Europe at the Solheim Cup and Spain at the International Crown __Ò on both occasions her team came out on top.

“The best part of being on the LPGA Tour is being able to compete at the highest level of the game,” Recari shared. “What makes the experience even better is the having the right clubs in my bag. I feel very fortunate to play PXG clubs __Ò they are nothing short of amazing.”

PXG designs and develops high-performance golf clubs using premium alloys and patented technology. The company’s unorthodox approach to product development has enabled its engineers to design golf clubs without regard to arbitrary deadlines or cost constraints. As a result, PXG has quickly become one of the most talked about companies in golf.