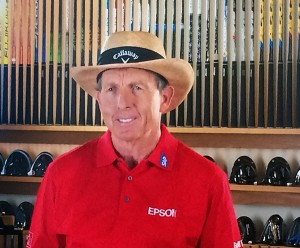 Club Champion, one of America’s top clubfitting companies has signed an endorsement deal with world-renowned golf coach David Leadbetter to spread the word on the benefits of club fitting. With advances in golf club technology, most golfers could easily hit the ball further and more accurately. Yet a recent study found that 90 percent of U.S. golfers may be playing with improperly fit clubs.

Leadbetter is a top instructor and has coached players to 20 major championship titles and over 100 individual worldwide tournament victories. Seven of those players have been ranked No. 1 in the Official World Golf Rankings. When it comes to understanding the importance of having properly fitted golf clubs, no one is better qualified than Leadbetter to speak on the subject.

According to Club Champion President Joe Lee, “David is an ideal representative for Club Champion. His reputation as a top instructor and his understanding of club fitting make him uniquely qualified to speak to golfers on the topic of fitting.

For more than 30 years, David has operated the Leadbetter Academy. He and his instructors have seen countless players fall short of their potential because of improperly fitted golf equipment. David states, “A club fitting will definitely help any golfer play better. My students all benefited from club fitting. Lessons are critical, but if you’re fighting your equipment, you can only progress so far. Properly fitted clubs will make it much easier to lower your scores. I’m confident, Club Champion will find the perfect clubs for you.”

Club Champion is the leader in club fitting and is ranked by Golf Digest as one of the 100 Best Club Fitters six years running. The company hires experienced fitters who then receive an additional 150-plus hours of training before starting; a training program that is unmatched in the golf industry. Club Champion’s unique coupling system combines any head and shaft together, so golfers hit the precise combination to be custom built for them. With more than 35,000 interchangeable head and shaft combinations, they deliver a Tour-quality fitting that produces longer, more accurate shots, with a nearly 100% satisfaction rate. Their approach is unbiased; no specific vendor is promoted. The only goal - find the best combination of components to lower your scores.  Rather than having to change your swing, sometimes dramatically, a professional club fitting takes the swing that you have and optimizes the performance characteristics of the clubs to allow golfers to achieve the best result possible.  For more information or to schedule a fitting, call Club Champion at 888.340.7820

David Leadbetter is an icon in golf, credited with inventing the modern golf instruction industry. David’s unique and holistic approach to the golf swing has helped countless Tour professionals reach the pinnacle of the sport including 21 Major winners and seven No. 1s. Currently, he is coach to several LPGA Tour Players including Michelle Wie as well as PGA and European Tour players such as 2015 Rookie of the Year Byeong-Hun “Ben” An and Rafa Cabrera-Bello. Aside from coaching his players, his focus on teacher training and development has helped grow his network of elite coaches and Leadbetter Golf Academies across the globe. www.davidleadbetter.com