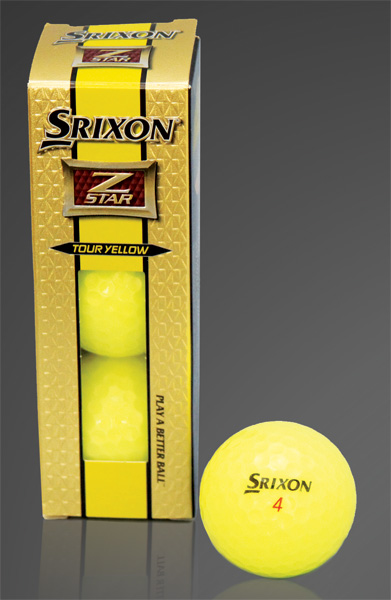 Srixon Z-Star Yellow Tour
In what could be the biggest surprise hit of 2010 (if not the last few years), the new Z-Star (and Z-Star X) Tour Yellow quickly has become one of the most coveted golf balls worldwide. So much that it has even surprised the folks at Srixon who set out to make a yellow multilayer golf ball that had a urethane cover and Tour-proven distance and control. Why did they do it? Simple. Yellow is the easiest color to see, and according to Srixon, the yellow-greenish color is more pleasing to the eye and makes the golfer feel more relaxed over the ball. Srixon staff players seem to agree–many have already put this yellow ball in play. Look for it on the shelves at your local golf shop this April. (Although we suggest you request a few sleeves in advance. They’ll go fast.)

Specs:
Construction: 4-piece multilayer
Cover: Urethane, 324-dimple Invisiseam pattern
Performance: Designed for more distance off the tee, but with a high level of spin around the greens. Z-Star Tour X is slightly longer and has a firmer feel. As for the coloring, we absolutely love it. $39/doz. 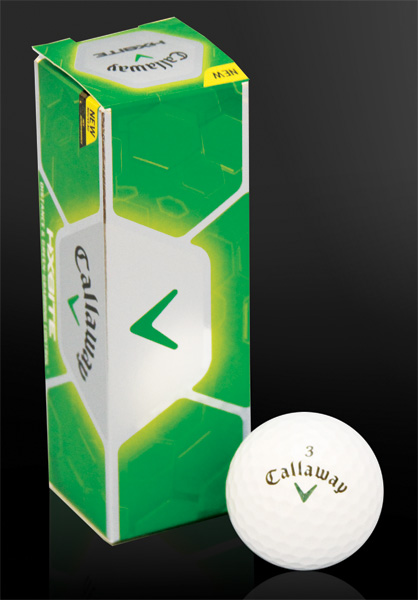 Callaway HX Bite
With a name like HX Bite, it’s easy to know how this ball was designed to perform. Although not with a urethane cover, the HX Bite not only is a three-piece design for more spin around the greens, but also is considered to be a solid distance contender. How can that be? Well, the mantle (midlayer) is specially designed to flex more off the tee with the driver for more distance; but when hit with an iron, it resists flexing and allows the soft cover to create more spin. We tried it, and we’re impressed with the results. Also, we really like the way this golf ball felt when putting–soft, but not too soft. It also was durable and resistant to scuffing and abrasion. Seriously, what’s not to like here? 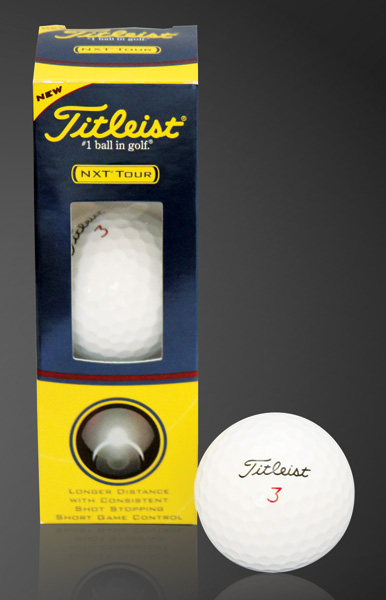 Titleist NXT Tour
Even we admit that, for a while, the difference in performance between the NXT Tour and the Pro V1 was too great to consider replacing one for another. One had Tour-level performance; the other, more suited for the demands of a weekend warrior. But not this year. Thanks a lot, Titliest. You’ve succeeded at creating one of the best non-urethane-covered golf balls on the market in terms of distance and spin around the greens. You’ve also made it harder to choose which one is better for more golfers. In fact, we contend this ball is more responsive than many of the urethane-covered balls were just three to four years ago. It’s long, feels soft, and even though it may not spin as much as a urethane-covered ball might on chips and pitches, it comes awfully close.

Specs:
Construction: 3-piece multilayer
Cover: Fusablend, 332-dimple pattern with Staggered Wave Parting Line tech
Performance: The ideal blend of power, spin and durability from a non-urethane-covered golf ball. We found these balls to last forever, and for players who want more distance with a soft feel, the NXT is a viable alternative. $29/doz. 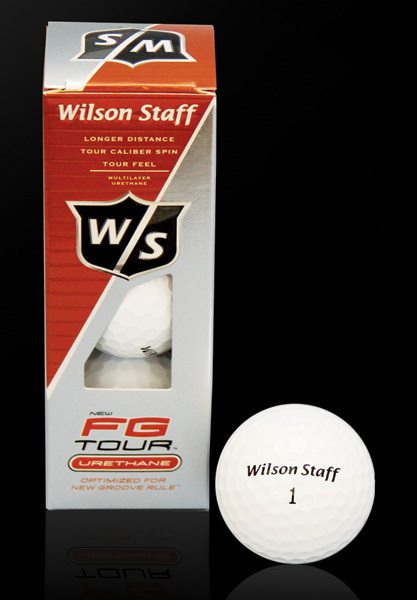 Wilson Staff FG Tour
Wilson Staff doesn’t normally garner the fair share of acclaim here in the States that it gets in the UK, but with the new FG Tour, that may change. The FG Tour is legit–it has a four-piece construction and a urethane cover made with what Wilson Staff calls “Traction Control Technology”–a fancy way of saying it has added spin on wedge, pitch and chip shots. We’ve actually tested the FG Tour, and can’t help but say it deserves a spot among the top Tour-level golf balls available. Wilson Staff also says it “feels like a balata ball,” and we can’t help but agree. Give them a try; you won’t be disappointed.