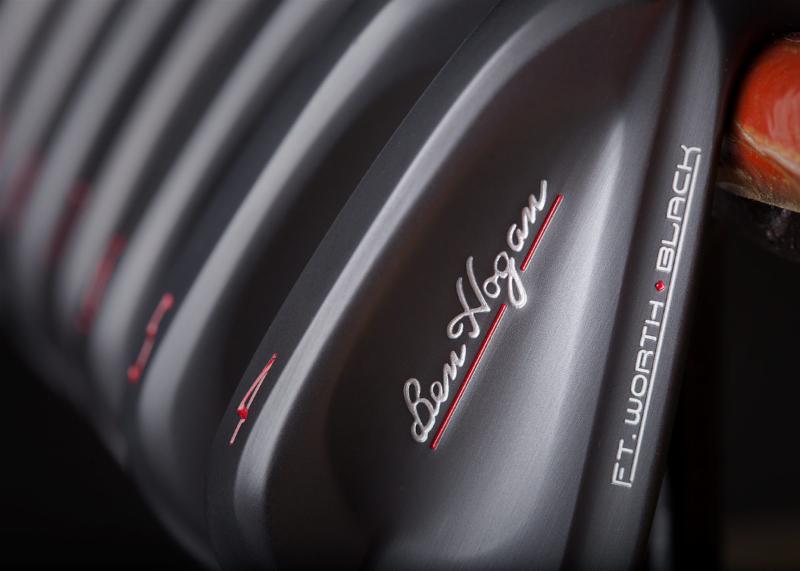 The original Ft. Worth Irons were introduced in 2015 and are recognized for their feel, consistency and accuracy as well as forgiveness in a traditional blade design. They incorporate a number of technologies and engineering designs to provide the highly accomplished golfer a new level of performance.

The new Ft. Worth Black Irons are designed for the proficient player and employs many of the same technologies as the original Ft. Worth Irons, but with added features and improvements like the durable Diamond Black Metal (DBM) coating, optimization of the Dynamic Progressive Weighting system and modification of the V-Sole design.

More than just a pretty face. The patented Diamond Black Metal (DBM) coating is more than cosmetic. It has been developed for resilience and endurance and is seven times more durable than nickel chrome. This means less wear and tear on the grooves and score lines and provides superior scratch resistance. The dark finish also reduces glare and provides a stark contrast between the ball and club head for better alignment.

“The new Ft. Worth Black Irons live up to their iconic name. They are a classic, striking iron that out-performs any other forged blade on the market and they are flat out stunning,” commented Scott White, CEO & President, Ben Hogan Golf Equipment Company.

Extensive player and machine testing proves the new Ft. Worth Black Iron generate a more penetrating ball flight on scoring irons, higher initial launch angles on long irons,  and better distance control on off-center hits than its predecessor. This is a direct result of the newly optimized Dynamic Progressive Weighting and Adaptive Perimeter Weighting Systems.  Ben Hogan’s engineers have optimized the size, shape and depth of the unique Depression Cavity on rear of each club head.

The new Ft. Worth Black Irons also feature enhanced V-Sole Technology. V-Sole Technology, the most versatile sole in golf, has long been a trademark of Ben Hogan irons and wedges. It combines a high bounce leading edge and low bounce trailing edge on the sole and allows for easy manipulation of the club head no matter the lie without changing the loft. The bounce angles on the Ft. Worth BLACK Irons have been re-engineered slightly on each club head to eliminate any club head grab by the turf, especially on less-than-full shots.

Finally, the Ben Hogan PreciseLoft System has been simplified in the Ft. Worth Black Irons. While the Company remains committed to consistent 4-degree loft gaps between each iron for optimal distance gapping and to minimize loft compression at the short end of the set, Ft. Worth Black irons will only be offered in one loft matrix. The mid-high launch profile (22 to 46-degrees) is preferred by the vast majority of Ben Hogan iron players. Ft. Worth Black irons will be stamped with traditional numbers (4-PW) on the sole.

As with all Ben Hogan irons, the Ft. Worth Black Irons can be customized at no charge. Golfers can specify length, lie, loft and grips (standard or mid-sized) as well as their choice of a variety of steel and graphite shafts.

The Ft. Worth BLACK Irons are available for demo or purchase at www.BenHoganGolf.com exclusively for $700 per seven-piece set (4 iron-pitching wedge) or $100 per club.