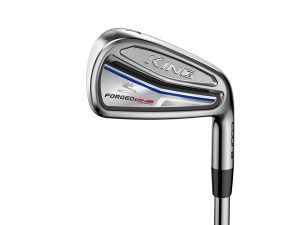 In the world of golf equipment, the adage that “everything old is new again’’ is commonplace. The U.S. Golf Association’s rules on equipment — everything from club head size to shaft length to moment of inertia — make most of today’s clubs just variations of themes from 10, 20, 30 years ago, and beyond. That’s certainly true of the new one-length irons from Cobra Puma Golf, which made a big splash at the PGA Merchandise Show in January and continue to gain traction among folks looking to improve their game.

Indeed, advances in materials and technologies have allowed club designers and manufacturers to continue fighting the good fight in attempts to make today’s clubs more playable for players of all skill levels, and in turn, hopefully make the game of golf more fun.

Robert MacNally, the late president of Tommy Armour Golf Company, had such ideas 30 years ago when he championed a club design that became the Armour EQL (Equal Length) iron. The story goes that Armour acquired a design patent on one-length clubs from the estate of a Phoenix man named Jack Nix. MacNally had become enamored with the one-length concept after PGA Tour veteran Bruce Lietzke suggested that he (MacNally) could improve his game if each of irons were 6-iron length. MacNally gave the task of designing such an iron to John Hoeflich, whose first design at Armour was the 845 iron in 1986. Hoeflich worked with a young club designer named Tim Reed, who now is a senior vice president at Callaway Golf, to come up with the EQL irons that were launched in 1987.

“People who have been around the industry a long time probably remember it more as a flop than anything else,’’ said Hoeflich, who went on to design clubs for the Acushnet Company’s Titleist brand as well TaylorMade and Nickent Golf. “It had kind of a niche following, but unfortunately it didn’t take off the way Bob MacNally hoped it would.“

Bryson DeChambeau was born in 1993, more than five years after the EQL irons made their debut. But like MacNally, he could see the advantages to playing with irons each the same length; he worked with club designer David Edel to develop the set of one-length irons (37.5 inches each) to win the 2015 NCAA Championship (at SMU) and 2015 U.S. Amateur. DeChambeau signed an equipment contract with Cobra Puma Golf just a few days after he finished as Low Amateur in the 2016 Masters.

“I discovered the single-length irons in 2011,’’ DeChambeau said. “I worked with my coach, Mike Schy, to build and spec out my first set. We went out and tested them and were amazed at how I hit the ball. I looked at him and said, ‘This could be a game changer.’ I still believe that.’’

As does Cobra Puma Golf, which last October became the first major equipment company since Armour to introduce a set of one-length irons — the King F7 One Length. The King F7 One Length is available in forged and cast models, each at 37.5 inches. DeChambeau plays the King Forged Tour version. “I worked with Ben Schomin (Cobra’s Tour Manager) for a few months to find the perfect fit for my game,’’DeChambeau said. “We tested a few different lengths and it just seemed to be the best length for me.“ DeChambeau is today’s reigning single-length guru with plenty of success to back up his assertion that it’s the magic bullet many casual players need to boost their games. “Using single length irons allows me to have the same swing no matter the situation. That decreases the variables, allowing me to hit the ball more consistently.’’

Whereas Hoeflich was challenged with the weighting of each EQL clubhead — the longer irons had to have more weight than the short irons in order to make each club perform the same — Cobra vice president of research and development Tom Olsavsky had more materials at his disposal to create the King F7 iron. Each long iron (3-5) features a full hollow design with Cobra’s “PWRSHELL’’ face insert; the mid irons (6-7) have a half hollow design combined with PWRSHELL technology; and the scoring irons (8-PW) utilize a traditional cavity back design with wedge-spaced grooves. The longer irons take some adjustment because you’re not used to looking at a club with a 5-iron loft and a 7-iron length, but that quickly goes away; the scoring irons are particularly effective because of their 7-iron length and 8-9-PW lofts.

“After we did some testing we re-engineered the heads to give us better performance,’’ Olsavsky said. “We revised the centers of gravity and the weights. Once we got the heads tooled up, it was easy.’’

The results are pretty easy, too. “When you can groove that swing by using the same swing every time — and same set up position – the game gets a lot easier,’’ Olsavsky said.

$699-899 depending on shaft and configuration | www.cobragolf.com