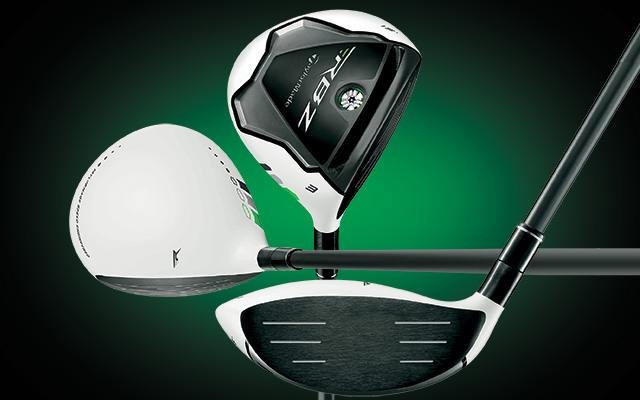 As if you haven’t heard of these clubs yet (how could you not?), the new RocketBallz (RBZ) line from TaylorMade promises big distance, especially in the new fairway woods. I took time personally to try the new woods (I tested two models), and here’s my take.

Before you dig on my summary, let’s clarify a few things. TaylorMade claims its Tour players can add upwards of 17 yards of distance using an RBZ fairway wood vs. the previously hailed Burner Fairway wood. That’s a big number, and some regular hacks like you and I might gain even more. Nonetheless, we appreciate the cajones it takes to make such a bold statement for added power–let alone from a fairway wood and not a driver, both within the TaylorMade brand.

There’s also another point worth considering. When we test equipment for this very column, we don’t do robotic testing. And, we don’t use a launch monitor. Why not, you ask? Because you can get that sort of data just about anywhere. And frankly, we think it’s better to test equipment the way most folks are able to test new gear: with our hands, eyes and ears and in real-life scenarios out on the golf course. This gives us more than just scientific data–it helps us evaluate not only club performance, but also how well a particular club helps us perform out on the course. No amount of computer data can tell you how good a club feels in your hands when you swing it, let alone how a club affects your confidence and shotmaking decisions. So we go “old-school” on purpose, hoping that our practical trial of new equipment presents a useful analysis for you when it’s time to choose the right equipment for your game.

INITIAL LOOK:
Five years ago, I don’t think the RBZ color combo (a sparkly white finish and neon green/black graphics) would have worked. However, it seems there are some pretty savvy and fashion-forward people over there at TaylorMade. Bold colors are back in style in a big way, and neon green is a huge hit. I happen to like the graphics, especially the white crown against the black clubface and the green turf. With such contrast, and with no boundaries on what might look good or not, I wish the RBZ woods had a bigger alignment aid on the crown. I know, the white crown/black face is supposed to help with alignment, but with a club that’s so fashion forward, a black or even green line on the crown might look really cool. (It works on putters, so why not on woods?)

The traditionally shaped, oversized RBZ has a slightly deeper face than most new fairway woods–something that I’ve wanted to see for some time now. Underneath, you can see the Speed Pocket (more on that later) and weight plug directly behind it.

FEEL & PERFORMANCE:
I tried two models: the regular RBZ 3-wood (15_¡) and the high-launching RBZ HL (17-loft). Reason being, I had heard how long this wood was, and thought if I could get away with hitting a longer fairway wood, I’d like to hit it as high as I could, too. With woods, in my case, the higher the better, since they land softer and are easier to control. There’s also a Tour version, with an open face angle and less internal draw-bias weighting. I didn’t test that one.

First, the feel on both RBZ 3-woods was exceptional. They both felt lighter than my own 3-wood, and turns out, they are–by about 10 grams. Also, both models are .5 inches longer than my 3-wood (which is 43 inches). That took a little getting used to. (A lot of the new 3-woods that promise big distance are longer than the unofficial standard of 43 inches.)

In terms of how each wood performed, let’s start with the 15_¡ RBZ. At first, I wasn’t quite sure how to handle this thing. With the longer shaft, I wondered, “Should I hit this thing like a driver?” Because of this, the first few shots fired were a little fat and drifted to the right. A quick correction in my setup (I moved the ball forward a bit), and I quickly started hitting shots that, no joke, seemed longer than some of my driver tee shots as little as five to six years ago. Missed shots, which for me tended to be on the toe, had some distance loss and flew lower. Some of my fades and hooks were more pronounced than I’m used to, as well.

After evaluating the length of my shots, I’d say TaylorMade was right on the money. I was hitting this club, which is the same one you’d find off the rack at Dick’s Sporting Goods, about 15 yards farther than my old 3-wood. And no, I didn’t have the Burner fairway before and I don’t generate a 150 mph ball speed (as the fine print indicates on the RBZ ads that promote the added power boost). The Matrix Ozik shaft tested was incredibly responsive, too, as it helped produce solid shots that flew at a consistently higher-than-normal trajectory, even on less than 100% golf swings.

The Speed Pocket, which is a channel cut behind the face and visible from underneath the club, helps boost the COR and ball speed, resulting in what TaylorMade considers to be the longest fairway woods they’ve ever made.

Long story short: The RocketBallz fairway woods are exceptionally long. They’re easy to hit and pretty forgiving, too. They may not be the straightest woods I’ve tried, but they’re definitely the longest. However, don’t misconstrue that. The only reason they probably aren’t as accurate as my regular 3-wood is because I hit the RBZ farther–both when I hit it straight and when I hit it crooked.

CONCLUSION & ANALYSIS:
I think my practical application holds up to what you’ve probably already heard. The RocketBallz woods are long. But the real question isn’t whether or not they produce long shots, it’s whether you need longer shots from your fairway woods in the first place.

I’ve always considered my 3-wood to be an alternative to the driver when faced with tee shots that require a straight, controlled drive to a certain distance.

I expect my tees shots with my 3-wood to fly about 235 yards or so. With the RBZ, it’s more like 250 yards. From the fairway, I’ve always wanted the same thing–accuracy over distance. If I get lucky enough to poke my 3-wood onto a green in two shots on a par-5, then great! If not, at least I knew I could hit it straight and have a short pitch left to deal with.

Question is, would I trade off the shorter but more accurate 3-wood I currently own for a 3-wood that’s a lot longer and a little less controllable? That’s yet to be seen. I’ll have to play a few more rounds with an RBZ wood to contend whether or not the added distance off the tee and from the fairway actually helps lower my scores. For you, more power might be exactly what you want. For better players however, who generally put a premium on control first/power second when it comes to their fairway woods, maybe the RocketBallz fairway woods are so long, they sort of defeat the purpose of having a fairway wood if it’s, in fact, almost as long as their driver (and maybe just as uncontrollable). That’s not true in every case, but among some better players I’ve talked to, some RBZ models are so long that they have trouble finding a spot in the bag for it.

Now remember, I didn’t test just one model. I also tried the RBZ HL, which is generally designed for golfers who need some help getting the ball airborne. And this is where things got really interesting, folks. I hit the HL model farther and as straight as I do my regular 15_¡ 3-wood. Better yet, I hit it higher and with a launch angle and ballflight I could have only dreamed about until now. For instance, from the fairway with the RBZ HL, I can probably fly the ball 245 yards and land it softly with little to no forward roll. That’s awe-inspiring to me, and something I never could do until now. Sure, I hit the RBZ HL really high (we’re talking driver high, folks), which may hurt me when playing in the wind, but that’s not an issue for me. I want to hit high shots that fly a mile and stop on a dime. With the RBZ HL, I can do just that. Granted, I hit the 15_¡ RBZ model a little farther than the HL–but I didn’t care. I’ll take the high-launching, straight-flying HL model any day of the week.

Point is, the RBZ fairway woods are really long, just as TaylorMade says they are. But with TaylorMade leading the charge behind long-hitting woods and some other equipment companies doing the same, it’s important you approach purchasing these woods with caution. Only go for the added distance (in my case, at the expense of some control) if you need it. If you don’t need the distance, try a higher-lofted model (there are five lofts to choose from in the RBZs), and you’ll probably hit your fairway woods higher and straighter than ever. Prior to this test, I’d have never even considered an HL model 3-wood, since I usually hit the ball high in the first place. But the way equipment is changing, getting fit for the right clubs that match your style of play is the way to go. And don’t just use launch-monitor data–get the clubs that make you feel confident and help you hit better shots. For me, it’s not the longest RBZ 3-wood, but the one that helps me hit it as long and straight as possible.

I recommend you get out and visit a TaylorMade demo day and test a few models for yourself, the way I have. After some trials, you’ll find it easy to dial in the right RBZ wood for your game, even if that means choosing the one you didn’t hit the longest. They’re insanely long, fun to hit and look and feel great.

One thought on “We Tried It: TaylorMade Rocketballz Fairway Woods”