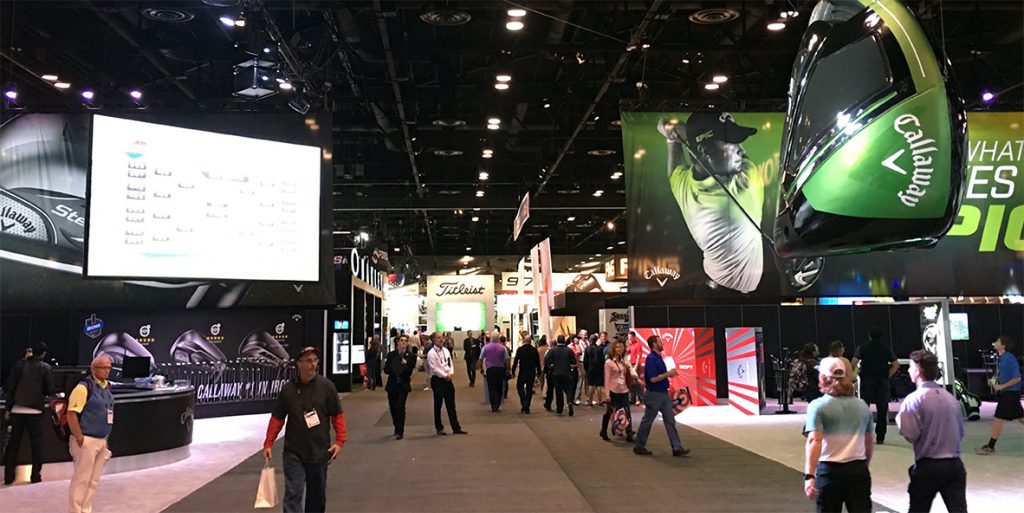 As the Annual PGA Merchandise Show in Orlando kicks off (or it tees off?) 2018 for the golf industry, there is, as always, plenty of new product to show off, with more in the wings as golf equipment companies compete for what is perceived to be, at least, a piece of a shrinking consumer pie.

This year also marks somewhat of a changing of the guard – behind the scenes and at retail – with plenty of questions to attempt to answer.

For example, effective Jan. 1, 2018, David Maher is the new CEO at Titleist/FootJoy parent Acushnet Co. Maher replaces the legendary Wally Uihlein, who for more than three decades built and guided the Titleist and FootJoy brands to the top spots in the ball and footwear category, respectively.

Can Maher effectively follow in Uihlein’s footsteps and can he drive more sales to the company’s club division? Acushnet needs more than golf ball sales help increase its stock price.

Can Callaway Golf follow up on the huge success of its 2017 Epic driver and can it continue to make gains in the ball category? Just as Acushnet needs to grow its club business to drive its stock price, Callaway needs the same with its ball business.

Can TaylorMade, now under new ownership, make a comeback on the equipment side and regain even a bit of the swagger it had six years ago?

Can Ping Golf turn the G400 driver into the same massive success as its G30 driver had for three years?

Can Bridgestone Golf parlay its 2017 signing of Tiger Woods to a ball contract into something more than what appears to be swing and miss?

We’ll know more about the answers to these questions beginning Jan. 23-26 in Orlando.

But as a primer, here’s just a glance at what’s ahead:

Gone is the decade-old B330 ball franchise in favor of the Tour B series, which Bridge-stone says is “the most innovative and performance oriented’’ in company history. That’s high praise given the success of the B330 franchise.

The new series includes four models – TOUR B X, XS, RX and RXS (each $44.99 per dozen). Bridgestone says TOUR B X and XS each are designed for low handicap golfers looking for better feel. Compared to the B330 and B330-S predecessors, the company says X and XS provide more spin and greenside control due to softer urethane cover formulation, while increased distance comes from enhanced aerodynamics and improved 330 Dual Dimple design. The X is for those players looking for more accuracy off the tee while Bridgestone says the XS provides extra length.

The RX and RXS each are for mid-to-low handicappers, delivering what Bridgestone calls “explosive distance and optimized trajectory ‘’ thanks to high repulsion construction and new 338 modified Dual Dimple design.

The company says the X Forged iron is

a single piece, cavity back design that features Tour configurations for the soles, CG progression for precision shot-making and accuracy.

The Tour configured soles, according to Callaway, are designed for excellent turf interaction from a variety of lies, while the 20V grooves are built in to promote a high level of control and spin out of any playing conditions. They also reduce fliers from the rough, Callaway says, and the CG locations are optimized for even more control.

Cobra hardly is a lightweight in the equipment business, but its F-Max driver features an ultralight configuration in which the company says its Cobra Superlite 50 shaft has a lighter shaft structure than its predecessor (COBRA MAX).

In addition, the F-Max driver has a Forged Ti 6-4-titanium face insert, internal weight-ing near the heel to promote a higher ball flight, and a premium black PVD finish.

The market leader in golf shoes for decades, FootJoy has equaled it in outerwear. DryJoys TourLTS features what the company says is a completely new construction and fabric to reduce weight and improve mobility while still remaining 100 percent waterproof in all playing conditions.

Where other jackets can have as many as 24 panels and 27 or more seams, FootJoy says the new LTS jacket has only five panels and six seams. Fewer panels and seams, according to the company, reduces weight and bulk while improving mobility and eliminating places for water to gather.

Although it’s out of the club and ball business, Nike Golf remains a major player in the footwear market.

The one-time loud and proud equipment company kept a low profile most of 2017 and was sold this past Fall for $450 million.

TaylorMade, however, hasn’t been completely silent. The company says its M CGB irons feature consistently high COR throughout the entire set, an extremely low and back center of gravity and many of TaylorMade’s more prominent iron performance technologies.

With the introduction of M CGB, TaylorMade says it has enhanced the M Irons family with a new super game-improvement option. In each iron throughout the set, golfers will discover the “signature technologies’’ that made both the M1 and M2 irons so successful — Speed Pocket, Face Slots, 360° undercut and Inverted Cone.

The newest model to the AP franchise is the AP3, which the Acushnet Company says combines the distance and forgive-ness of the AP1 iron with the look and feel of AP2, which is most popular among PGA Tour players. Essentially, the 718 AP3 is as close to a game improvement as you can get from an AP iron.

Featuring what the Acushnet Co. calls a “hollow-blade’’ design with high-speed face technology, the AP3 was inspired by the development of Titleist Concept C16 irons, which Acushnet says taught its club designers how to engineer breakthrough distance and forgiveness into a player preferred, smaller footprint.

The Titleist 718 AP2 features a thinner forged body and face insert constructed of high-strength spring steel that Acushnet says increases launch and ball speed for more distance, while an improved CG progression, with a lower and more centered CG in the long irons, improves speed performance on off-center hits for better distance control.

Tour Edge is best known for its Exotics line of drivers and fairway woods, but don’t sleep on its irons.

The Tour Edge CBX blade is a great looking forged muscle-back iron that any better player should like in terms of look and feel. Tour Edge says the iron is triple forged from modern S26 carbon steel and has a narrow sole, thin top line, beveled leading edge and square toe design for better shot making.