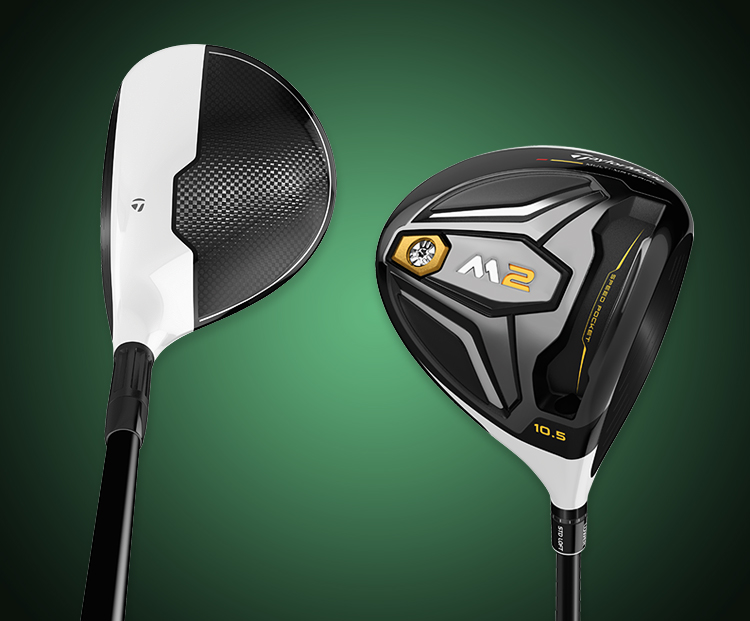 It seems like yesterday that the highly touted M1 line of clubs from TaylorMade hit the shelves, but now we’re on to the M2, which the company calls an improvement from stem to stern, giving golfers even more power of the tee, accuracy, feel and control over their club’s settings In M2, engineers have utilized the same proprietary multi-material combination, including the seven-layer carbon composite crown found in the M1, to develop a line of products that deliver two highly sought-after performance benefits: distance and forgiveness. 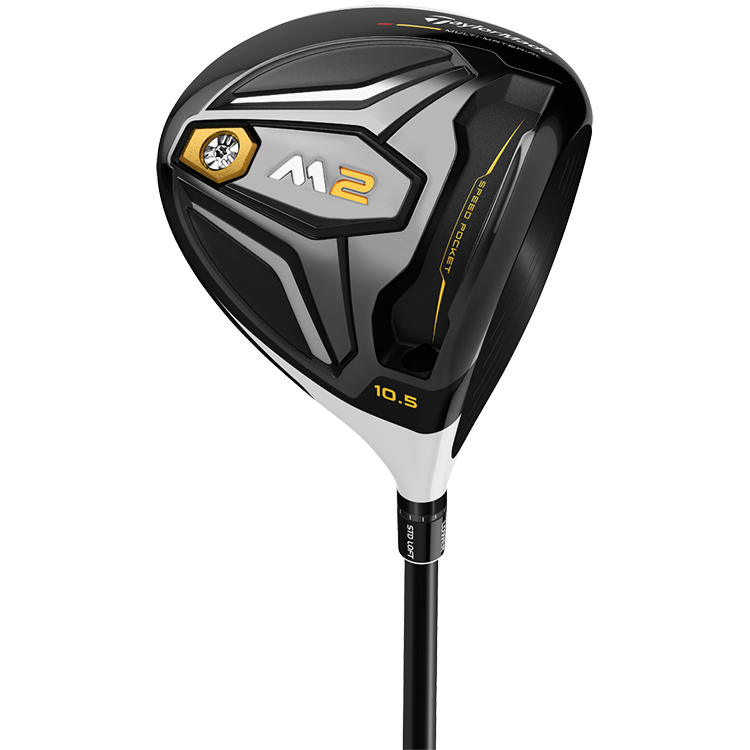 The M2 meets the challenge of delivering more performance to players of all skill levels with the utilization of multi-material construction in its driver and fairway clubs. The goal: to deliver maximum forgiveness without sacrificing distance. TaylorMade scores by leveraging the weight savings from the carbon crown and redistributing the discretionary weight to the sole of the club, resulting in a low and slightly farther back center of gravity. The result is a family of clubs that deliver hot trajectories with massive sweet spots and maximum forgiveness.TaylorMade’s carbon composite crown design reduces overall crown weight by 5g and, therefore, its CG considerably.

With forgiveness a priority in M2, TaylorMade engineers focused on three key performance features that deliver ball speed protection on shots struck away from center-face: inverted cone technology (ICT), a redesigned Speed Pocket; and increased moment of inertia (MOI). Like M1, the M2 driver head is designed with a classic club head shape and fast, aggressive aesthetics where the black carbon meets the white titanium. The design suits the eye of better players from address but delivers performance for all, with maximized aerodynamics, face area, and a low center of gravity. The club’s 12-position loft sleeve provides up to four degrees of loft adjustment. In addition to the stock Fujikura Pro shaft, TaylorMade offers upwards of 30 additional premium custom shaft options at no upcharge. Retail price is $399. 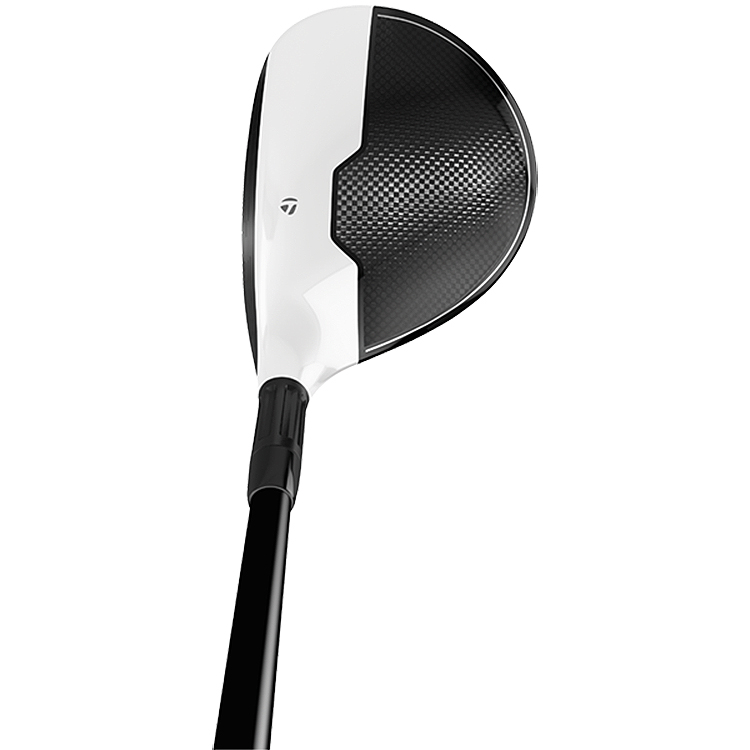 Similar to the M2 driver, the multi-material carbon crown on the M2 fairway has created 5g of discretionary weight savings, allowing for an extremely low CG. The shallow head design delivers versatile playability from the tee and fairway. A new, fluted hosel design provides superior sound and feel without compromising distance. In all, the M2 fairway is engineered for dominant performance in every detail of the club, delivering exceptional distance and superior look and feel. In 2012, TaylorMade redefined the metalwood category and changed the state of the industry with the introduction of RocketBallz and the creation of the first ever Speed Pocket. The M2’s new, completely redesigned Speed Pocket significantly increases the flexibility of the low club face area for a higher COR, which results in higher ball speed for shots struck low on the face. Price is $249 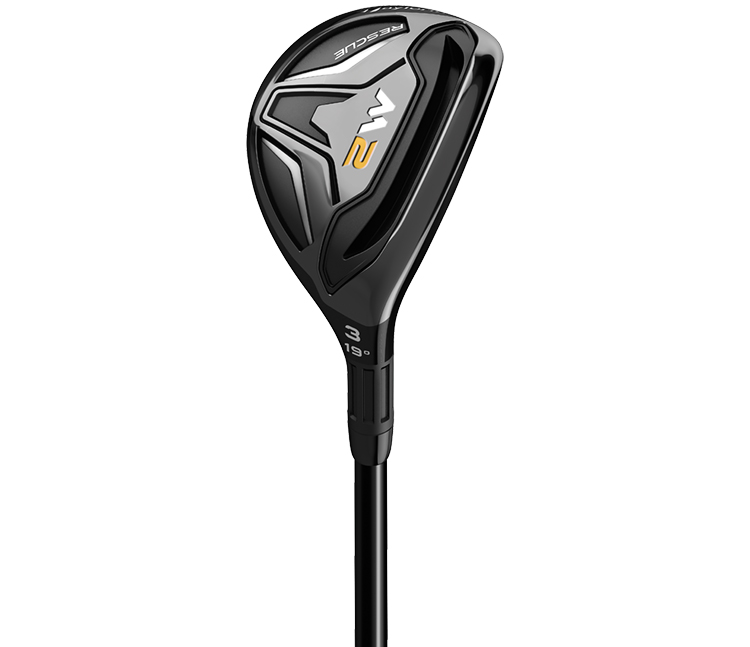 Born from TaylorMade’s fairway wood DNA, the M2 Rescue is designed to deliver effortless launch and maximum distance from anywhere on the course. The redesigned open channel Speed Pocket creates a large sweet spot for maximized distance and forgiveness with low spin, and the low center of gravity delivers a hot trajectory for longer, more consistent shots. Aesthetically, the low profile shaping more closely mirrors the shaping of a fairway wood, leading to a more confidence-inspiring, easy to hit product. It goes for $199.

The new Tour Preferred and Preferred X are the company’s newest take on their popular four- and five-piece balls, respectively; the former has a softer feel at 80 compression, the latter is more penetrating at 87 compression. The Preferred features TaylorMade’s next-generation SpeedMantle inner layer, comprised of a material that is more than 65 percent softer and more flexible than the previous generation’s mantle for a softer feeling ball, while still maintaining the performance characteristics of the original Tour Preferred. It also still features the Soft Tech cast urethane cover, the company’s softest and most durable cover to date. The new Tour Preferred X features a new thicker re-engineered Soft Tech cast urethane cover for more greenside control. Similar to its predecessor, the Tour Preferred X delivers low spin off the tee, low iron ball flight but with more greenside spin, as preferred by the best players in the world. TaylorMade Tour Professionals who play the Tour Preferred X include Dustin Johnson, Sergio Garcia, Justin Rose and 2015 PGA Champion Jason Day, along with dozens of others. Both balls are finished with Low-Drag Performance Aerodynamics (LDP™), a 322 dimple pattern that provides distance off the tee and a penetrating flight through wind that tour players prefer. $47.99 per dozen 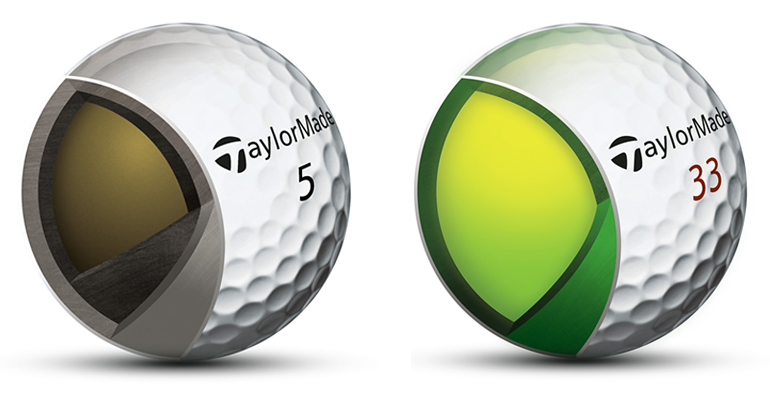 TaylorMade’s 2016 lineup also features a new and improved Project (a), made for the competitive amateur player to promote more spin and improved performance where needed most: 30 yards and in. Its compression is now 70 versus 88 in the original model, which was achieved by dropping the core compression 33%, from 60 to 40 As amateur players generate nearly 50 percent less spin than players on tour, Project (a) is specifically designed to deliver more spin on mid irons, short irons and shots around the green, resulting in enhanced control and better chances at birdie or par. The ball also offers REACT core technology for more distance on long shots along with TaylorMade’s Soft Tech cast urethane cover to provide higher greenside spin, softer feel and improved durability. $34.99 USD per dozen

The M2 is designed for golfers who benefit from an iron that prioritizes both distance and trajectory, while also delivering great forgiveness and feel. It includes a new, proprietary fluted hosel, 360° undercut, Inverted Cone Technology (ICT), a new 3D badge and, as in the bigger sticks in the M2 line, the company’s patented Speed Pocket technology. The new hosel moves the center of gravity lower, redistributing it lower and further back in the clubhead. The M2 also features an advanced topline construction – a 360° undercut that functions to increase the unsupported face area while saving weight to lower the CG, creating a combination of high ball speed, optimized launch angle and spin rate which yields exceptional distance and high peak trajectory. First found in the RocketBladez irons in 2012, the Speed Pocket increases launch angle and ball speed while providing added forgiveness for shots struck low on the face. The 3D badge offers multi-material V-shaped struts to improve sound qualities and dampen unwanted vibrations. Meanwhile, the M2 Tour iron offers a more compact shape geared for players looking for distance with added workability. It toes the line between a distance iron and a players iron, and does so with performance and design that will appeal to a variety of players
$799 steel, $899 graphite for M1;$899 for M2 Tour (steel only) 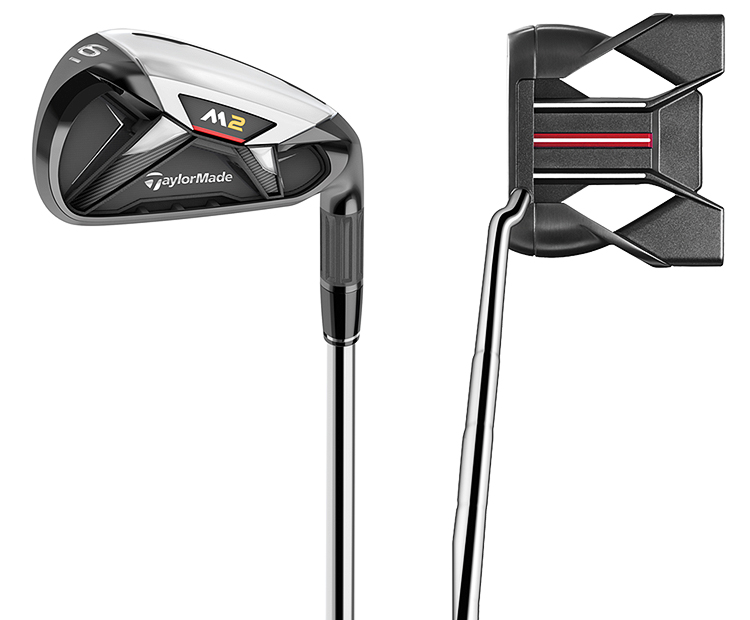