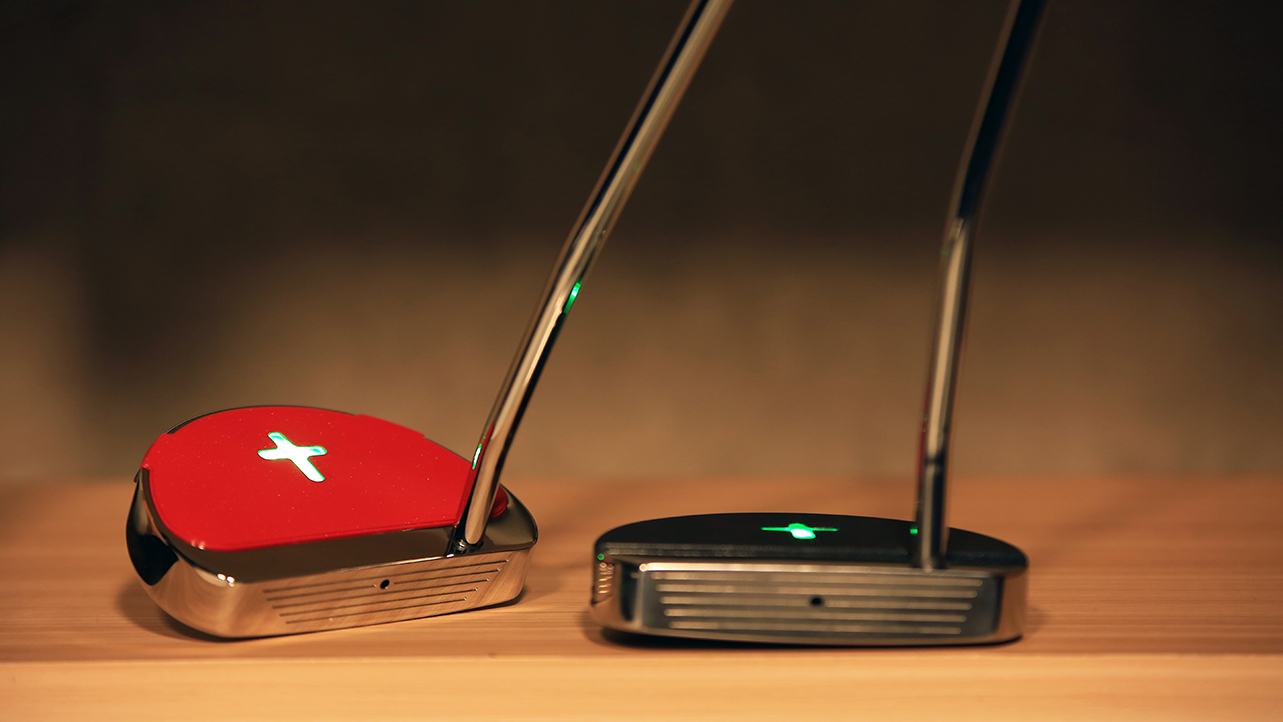 For the most part training aids fall into two broad categories: Those that require electricity and, sometimes, a screen; and those that don’t. The SmartGolf Putter has one foot in both. Sort of.

Manufactured by a Korean company and new to the U.S. market, The Smart Putter can be just that, a straightforward, face-balance, rules-conforming mallet-head flatstick. Then you charge it up via a mini-USB port on the head, push in the power button, and it becomes a full-featured feedback device outfitted with LEDs on its crown and a red laser on its face, which together offer accurate immediate analysis of every element of your stroke. It’s also outfitted with Bluetooth to work with available smart phone or tablet app that, after some early software quirks, is working smoothly. It offers real time feedback on the most important elements of the putting stroke via a colorful and amusing avatar who mimics and records your movements — face angle at impact, stroke path and stroke timing back and through. Now that the app has shed its memory hog and crash-prone issues, we expect it’ll just continue to improve.

Now for the putter: it’s solid in feel, weighting and performance, available in shiny red or black finish with a scored, brushed aluminum face, heel-mounted shaft and standard grip. We may even consider adding it the bag and giving it a stand-alone spin on the golf course, but it’s most effective as a training tool. The nine-axis sensors include accelerometer, gyroscope, and compass. At the center of the face is the laser, which helps to get it lined up with the very “back” of the ball, or with the target if there’s no ball present (if you’re working on alignment, for instance). Roll a putt and the laser dot will briefly follow the ball if you’re not opening the face or closing it too quickly at impact. A “cross” of LEDs on the top of the crown flash fully green if the club rests squarely on the ground and there’s no forward or backward shaft lean — in other words, the proper neutral position most golfers are looking for. It’s especially effective in helping perfect hand position over each putt: If the hands are too close to the body, the light at the top of the cross turns red; too far away and the light at the bottom turns red. Once the putter is in motion, the lights move with the head to show whether it’s staying on path. After just a few putts we were getting those lights to behave just the way we wanted them to, hitting our targets with good speed and direction.