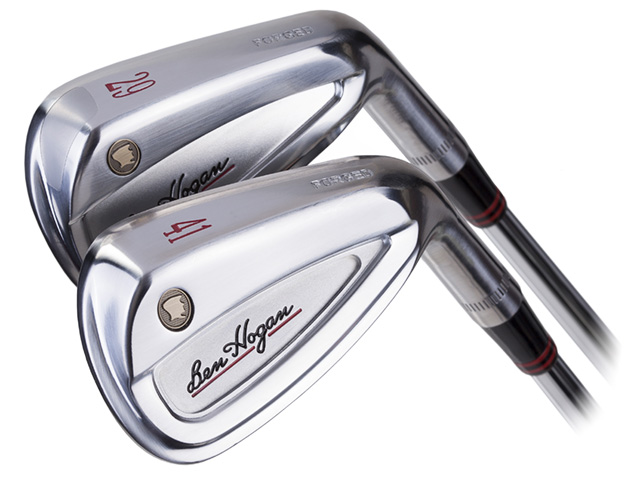 After some 12 miles of Orange County Convention Center floor hiked over three busy days, Golf Tips can safely state that the 50th PGA Merchandise Show in Orlando, Florida, was one of the best in years. A renewed energy permeated the 40-plus aisles of golf geek gear and apparel, populated by the biggest OEMs –Bridgestone, Callaway, Cleveland-Srixon, Cobra-Puma, Nike, TaylorMade, Titleist, Tour Edge and Wilson among them – with a supporting cast of hundreds of golf companies large and small, from printer giant Epson showing off its swing analyzer to growing putter makers like Cure (www.cureputters.com) and Sentio (www.sentiogolf.com) and tiny swing-aid startups like Impact Snap (www.impactsnap.com).

In some ways, the show was golf’s version of the huge Consumer Electronics Show that took over Las Vegas just a couple weeks previous. The game is officially, completely awash in high-tech gadgetry across the board, and there’s no turning back. Small, GPS-and-Bluetooth-powered club-mounted swing analyzers are pretty much a genre unto themselves, putting heretofore complex expensively acquired angles and numbers, from clubface angle to swing plane to ball speed into Everyman’s hands, for a few hundred bucks. The two-plus-decade-old rangefinder and GPS sector has matured into a heady hand-held digital wizardry, with tens of thousands of courses and pinpoint distances at one’s fingertips, whether through a standalone unit or a smartphone app.

Of course, the game’s original tools, clubs and balls, aren’t immune to such epochal leaps in technology; their materials, construction and the fitting techniques used to dial them into one’s personal moves through the bag are the stuff of M.I.T.-meets-Silicon Valley magic. Even kids’ clubs are making a quantum leap forward thanks to companies like Scotland-based Golphin (www.golphin.com), whose four-club sets for youngsters aged 3 to 16 are truly groundbreaking. Sure, we’re all tied to the laws of physics no matter what our age, but today’s technologies help scour away the guesswork and leave a gleaming, stat-paved path to true game improvement.

Added to all these plugged-in marvels were plenty of more traditional crowd-pleasers, from shoes to apparel to towels and training aids, and while we managed to check out several dozen products in person, we could have used at least another week to check them all out. Good thing there’s the web and an army of company reps to helps us fill in the gaps.

So, in advance of Golf Tips’ full-on roundup of this years’ products in its Equipment Buyers Guide coming in our March-April 2016 issue, here’s a peek at a half dozen products that really caught our eyes – and hands, feet and minds.

BEN HOGAN PTx AND FT WORTH 15 IRONS
If the Hawk were alive today he’d be all over these two new models of pinseeking sticks from the company he started way back when. Actually, he’d probably have the more traditional FT Worth 15s in his bag, but we’re particularly taken with the game-improvement PTxs, with their co-forged titanium core and 1025 carbon steel cavity back, which work together to keep the center of mass at the center of each face on each custom-fitted club to produce perfectly optimized launch angles, which allows players to dial in their loft gapping – the idea behind Hogan’s revolutionary idea of abandoning traditional iron numbering in favor of showing its actual loft, from 20 (the old 3-iron) to 44 degrees (pitching wedge) for those looking for a lower ballflight, to 23 to 47 degrees if you want to flight it higher – with any combination of lofts in between. Once your set is configured, Hogan provides a personalized bag tag showing the range for each club. Finally, Hogan’s V-sole combines two bounces in one for maximum versatility on the many turf surfaces you’ll encounter in a round.
$149 per club | www.benhogangolf.com 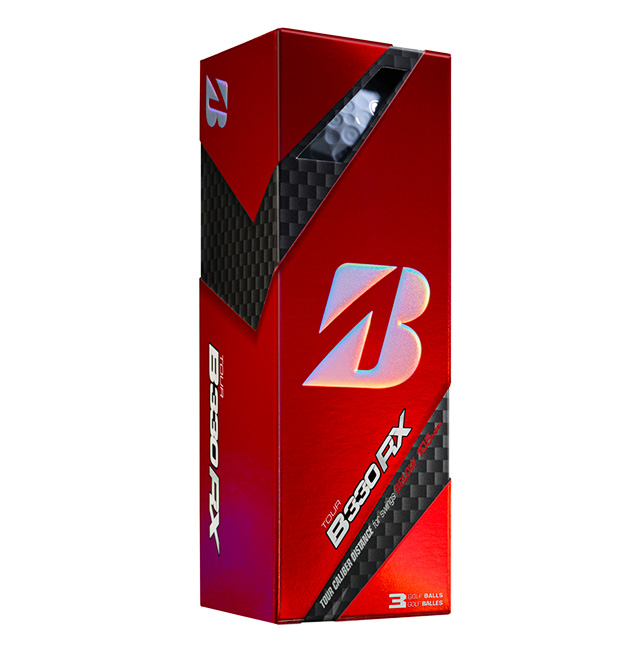 BRIDGESTONE TOUR B330 RX AND RXS BALLS
These two variations on Bridgestone’s two-piece lower-swing speed ball (under 105 mph) greet 2016 with a few tasty tweaks. The Amatour core is 28 percent softer than the “average tour ball core,” with a greater gradient of softness from center to the outer parts, according to Adam Rayburg, golf ball marketing coordinator. “It also has that soft urethane cover for feel around the greens.” Specifically, the new SlipRes cover “delivers three features – two benefits in performance and one additional benefit,” adds Rayburn. “You’re going to get a higher friction coefficient for greater distance off the driver. The ball doesn’t slide around the face and reduces spin. Around the green, the ball grabs the face a little better; it stays on the grooves, the milling of the club, for better feel. The third benefit is durability.” The same goes for the B330 and 330S for higher swing speeds. All offer the company’s dual dimple technology for excellent wind performance – inner dimples for faster elevation and outer dimples for shallow angle of descent and better rollout. Remember, RXS offers a slightly higher spin rate.
$39.99 for RX and RXS | www.bridgestonegolf.com 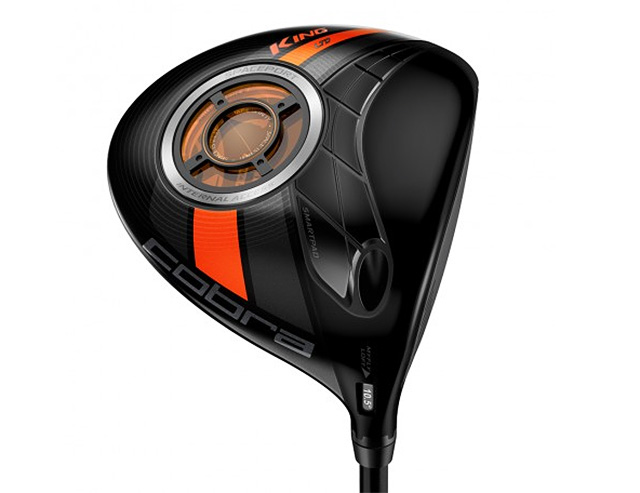 COBRA KING LTD DRIVER
“There is a look better players like,” says Cobra’s head of research and development, Mike Yagley, “or it just doesn’t go in the bag.” He’s talking, of course, about Cobra’s flagship player, Rickie Fowler, for whom the King LTD was originally designed. It came out so well the company developed it for the general better-stick market. They’re calling it their first “zero CG driver” and “the ultimate distance machine” thanks to forward-thinking design inside and out. “It’s a little more compact, like our F6 driver, but the best we could do was find as much discretionary mass as possible.” The club’s carbon fiber crown is 20 percent lighter. The titanium is all 811, also lighter. The face is “thicker where it needs to be and thinner where it can be.” The idea behind it all is to reduce the center of gravity to as close to “zero axis” as possible, which allows more efficient impact in the head vertically and horizontally – and more distance. The driver also has the highest possible moment of inertia thanks to a 14 gram weight low and back and a space port, at 16 grams, also low and back. But the coolest thing is via the port, you can see right into the guts of the club. Finally, the LTD’s “My Fly” system lets you adjust the loft from 9 to 12 degrees without drastically changing the fact angle. Visually it’s a stunner, and thanks to all the technology, says Yagley, “you don’t have to think about anything else” but taking dead aim and letting fly.
$449 | www.cobragolf.com 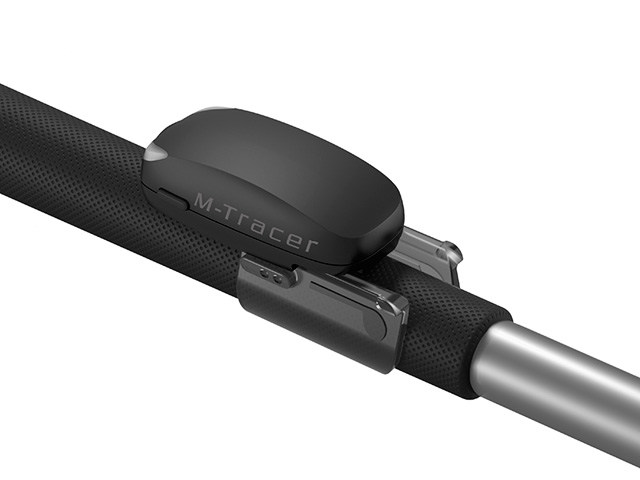 EPSON M-TRACER SWING ANALYZER
What the heck is a well-established printer and information technology company doing at the world’s biggest golf expo? Finally letting the American consumer in on what its Asian customers have known for a couple years now – that the M-Tracer can go toe-to-toe (or byte-to-byte) with any other app-based swing analysis system on the market. Packed with Epson’s Interial Measurement Unit that captures the golf swing in real time at 1,000 samples per second, the M-Tracer unit attaches quickly to the bottom end of a club’s grip; just alert its companion iPhone or Android app what club you’re currently using, and you’re ready to start racking up info that quickly translates to the screen – impact zone, shaft rotation, club speed and path, face angle and, perhaps most crucially, tempo. When a Golf Tips reviewer tested this nifty little gadget with a few 7-irons in the company’s PGA Show booth, the app crunched the data into a stunning 3D visual interface that showed that his back- and through-swings were on plane throughout (a happy surprise) and that his clubhead speed was, while not optimum for the club, at least solid enough to find a green now and again. Swipe the app’s screen either direction and you get a complete stick-figure-like snapshot of what’s going on in your move. Even Orlando-based megateacher David Leadbetter loves the M-Tracer. “It provides real-time feedback and immediate solutions that help golfers develop a more efficient and powerful swing – resulting in lower scores and more fun.” We love that last part.
$249 | www.epson.com/golf 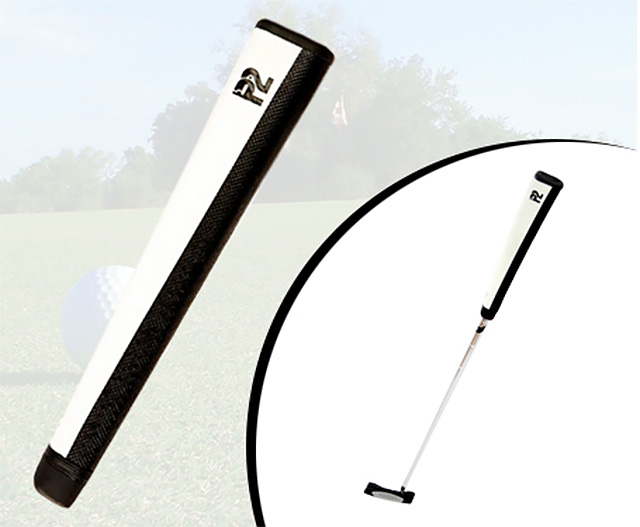 P2 PUTTER GRIP
What sets most Tour pros apart from the rest of us in the putting department? Their ability to maintain an upright and straight hand position throughout the stroke. From the down-the-line view, that means they keep the putter grip and shaft in “flush” line with the forearms, which in turn keeps their hands square to the face and leads to a slew of buried 10-footers. The new series of P2 putter grips from Pro Impact Golf puts this crucial power literally in the palm of anybody’s hands, thanks to a proprietary design of two facing flat sides that fill out both facing palms and virtually eliminate the ability to twist the club at any point in the stroke. The P2 comes in four configurations and sizes – two with U-shaped undersides and a narrower profile, two more V-shaped with a wider look. All have a soft, no-slip rubber finish to facilitate light pressure and ultimate feel. Then it comes down to your hand size and personal preference. Whether you’re traditional or left-hand-low, they work equally well.
$29.95 | www.proimpactgolf.com 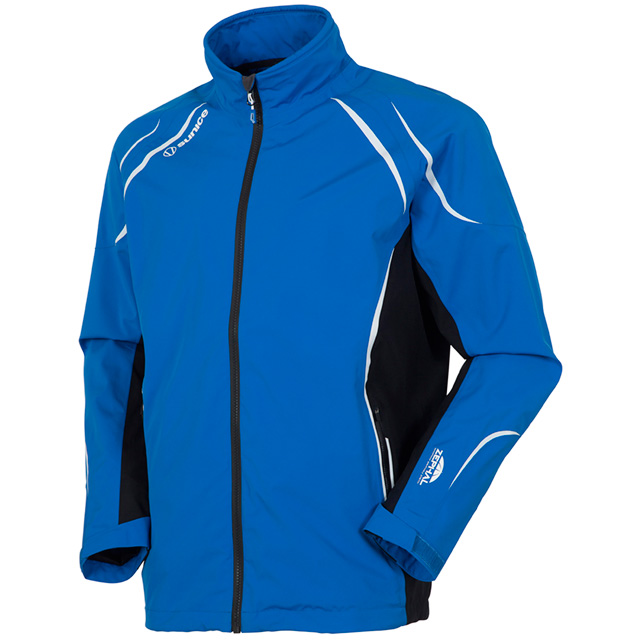 SUNICE OUTERWEAR
Golf Tips’ editors have been packing Sunice products into their bags for road trips for many years now, right alongside folks like the 2015 Presidents Cup Team and other high-level pro and amateur competitors. Always at the comfortable and colorful intersection of style and performance, Sunice’s spring 2016 line is no exception. Divided into five categories of overlapping protection – Rain, Wind, Therman, Layering and Sportswear – the array of smartly colored garments just beg to be worn in the wildest, most changeable climate you can think of – which pretty much defines much of America’s winter and spring weather – and leave you perfectly dry and warm with every swing. At the top of the line are several Gore-Tex designs that are fully waterproof, while the FlexVent and Zephal fabric technologies offer whatever level of water and wind-fighting layering you need. We particularly love the Berlin waterproof stretch short-sleeve pullover, about as versatile and movement-friendly piece of performance outerwear as you will find.
Prices vary | www.sunice.com