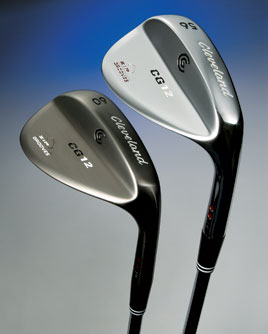 Now Playing: Zip It!
Looking to add a little zip to your short game? Cleveland's new CG12 wedges feature "ZIP Groove technology." Translation: the biggest milled grooves ever found on a Cleveland wedge. A proprietary coating to each groove protects the face during the sandblasting process, a step that maintains the grooves' integrity. The result? Pristine, shiny, big grooves. The clubs (their lofts range from 46 to 60 degrees and bounces of 8 to 14 degrees) are made from 8620 carbon steel and retain the classic look that established Cleveland's reputation as a wedge leader. But it's the ZIP grooves that shine—literally.
www.clevelandgolf.com_Ê

Hoof It!
2007 will probably go down as the year of unique driver shapes. Square, inverted crowns, triangular, even hexagonal! It seems nothing is too radical when it comes to equipment these days.

Check out a few of today's hottest offerings in the carry bag line. There's literally something for everyone._Ê 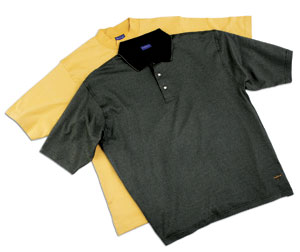 High and Dry
No, it's not what Charles Barkley's playing partners do when the big man hits a drive, Duck & Hyde is an apparel company that makes golf shirts. Featuring a timeless, well-constructed design, the DuckDrye performance line is made of a 40- to 60-percent moisture-wicking cotton blend that helps you stay dry, whether you're driving or putting (or playing with an NBA superstar, for that matter). The jersey polo features an open sleeve and plated collar and placket, and the jersey mock turtleneck is made of a birdseye knit—for easy swings and maintenance. Available in ladies and junior styles, too. To order, call (201) 745-5650. www.duckandhyde.com 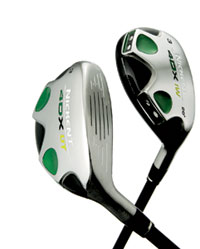 Twice as Nice
Two versions of Nickent's 4DX hybrids are on the market: an iron-wood and a hybrid. Both models feature a titanium crown and steel body, which eliminates 50 percent of the weight from the crown and results in more weight distributed deep and low. The 4DX clubface is 2mm higher than its predecessor, the 3DX, a change that produces less spin and a more penetrating ballflight. Look for 16 lofts (14 to 29 degrees) in the iron-wood series and five in the utility. Not sure which is right for you? Ask yourself which club you like to hit from 175 yards. If it's an iron, the iron-wood is right for you; if it's a wood, the utility is your weapon.
www.nickentgolf.com

ACCRA with AXIV
ACCRA golf shafts have always been manufactured using extremely high-quality materials and processes, and as a result, have always provided premium performance. In an attempt to improve an already top-notch product line, company engineers developed the new ACCRA with AXIV Technology, which features a four-axis weave of four different-strength carbon fibers in four different directions. The result is said to be shafts that are extremely stable and strong, but without the harsh feeling normally associated with such designs. Other benefits of the new ACCRA line include optimal launch angles and spin rates.
www.accragolf.com 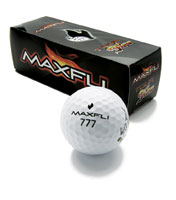 Great Balls of Fire
John Daly advised Maxfli on the development of their new Tour Fire ball ($29/dozen). The high performance offering features a super thin Iothane_â_ã_ cover and Maxfli's SpeedMantle_â_¨ layer that works with its high-energy core to help elevate the COR all the way to .810. What's that mean for you? Big drives and exceptional control around the greens. But the Tour Fire's best feature has to be its price. A high-performance ball for less than $30? That's hot.
www.maxfli.com 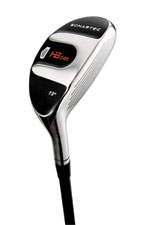 Rail Way
Back when hybrids were called "utility" clubs, rail technology (as seen on the Ginty and Baffler) and smaller heads helped the clubs differentiate themselves from woods and irons. The new HB-001 ($169) from Sonartec features a rail technology similar to its popular T.R.C. fairway wood series, an addition that promises to help golfers escape from virtually any kind of lie. Add to that perimeter weighting and a deep center of gravity that produces high MOI, and you've got a hybrid that produces maximum forgiveness and iron-like launch characteristics. The HB-001 comes in lofts of 17, 19, 21 and 23.
www.sonartec.com 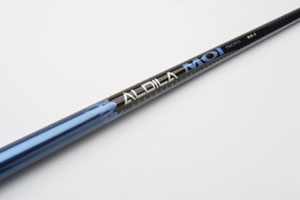 MOI Accuracy, MOI Distance
Aldila has been tearing up the professional tours in recent years with the NV line as well as the highly successful VS Proto, aka, the By You shaft. Now company designers have gone one step further in their pursuit of ultimate performance with the new MOI Proto. Specifically designed to maximize the performance of today's huge, high-MOI driver heads, the MOI Proto utilizes Aldila's new Nano Enhanced Tip Technology (NET2) as well as the company's Tour-proven Micro Laminate Technology (MLT) to provide greater stability.
www.aldila.com
_Ê

TRUE linkswear Gears Up for Record-Setting 2022