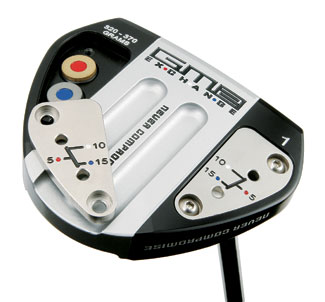 Now Playing: Never Compromise
The Never Compromise company left nothing out when they thought up the new GM2 (Gray Matter) mallet ($200). The technology begins with the popular gray matter heel-toe weighting, an aluminum-milled body and an aluminum-infused weave face insert. This lightweight face not only helps displace weight, but also yields a softer, more responsive feel.

However, the GM2’s most prominent feature is the ability to alter the putter’s weight in the heel and toe regions by as much as 50 grams. By way of a specially designed weight system, golfers can adjust the putter to varying green speeds and styles.

Aluminum Body
The structure of the GM2 Exchange is made of strong, lightweight aluminum. This nearly ideal material allows for significant amounts of weight to be manipulated in different areas of the clubhead.

Weight Options
The GM2 Exchange series putters offer golfers the ability to alter the headweight of each club by as much as 50 grams. Every model contains adjustable weights that increase by five-gram increments, each of which can be moved to different locations in the heel and toe areas of the clubhead to provide significantly different feels and performance.

Soleplates
The movable weights are housed within compartments in the heel and toe areas of the sole. Players can see which weights are inside via the unique soleplates.

Alignment Aid
Unlike a lot of modern designs, the GM2 doesn’t confuse with busy designs. Instead there’s one simple alignment aid._Ê_Ê

Wrench It
The GM2 Exchange series features a unique sole weighting system that requires the use of a specially designed wrench. Simply remove and customize at will.

Cart Bags
It’s hard to believe that when golf carts were first introduced, you needed a note from your doctor to use one. The year was 1952, and the concept of driving on a golf course was as foreign as using a Segway today. Still, it didn’t take long for the idea to catch on, in large part because of President Eisenhower; images of him cruising around Thunderbird Golf Club in Rancho Mirage, Calif., on his three-wheeled personal cart captivated golfers who bemoaned their long hikes around the golf course.

These days, cart bags—largely disregarded as something you throw onto the back of your cart—have changed the way manufacturers think about those boring old club-holders.

Unlike their carry bag counterparts, cart bags aren’t limited by their size and weight, so manufacturers haven’t been afraid to be creative, piling on extra features, such as ball silos, felt-lined valuables pockets and insulated drink pouches. I guess we have Ike to thank for this. No wonder so many people liked him._Ê_Ê
_Ê 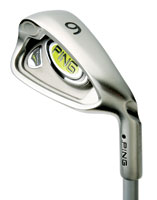 Heaven Sent
Is it true that the next generation of PING irons is heaven sent? They are if you’re a true believer in innovative technology. The Rapture Irons ($135/club, there’s also a Rapture Driver) are PING’s most advanced to date, marking the first time the company has ventured into face insert technology for irons. Oversized and deep-soled, the Rapture Irons feature a lightweight titanium face insert housed by a heavier stainless-steel body, resulting in enhanced forgiveness, distance and trajectory. The custom-tuning port and elastomer compound in the cavity, as well as the tungsten toe weight, aid in reducing vibration and helping to keep the head square through impact. Designed for the player seeking the ultimate in game improvement, these irons might just perform miracles for your game. For more information, visit www.pinggolf.com. 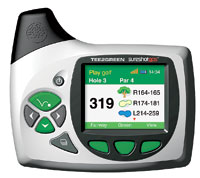 Aussie Rules
The folks at Tee2Green Technologies in Australia have made a splash with their handsome SureShot GPS yardage reader ($399). What makes it stand out? Well, namely its sleek design and color screen, a feature its rivals don’t possess. In addition to the standard GPS features (distance measuring to specific points, course data storage, ability to measure to points lasers can’t penetrate), the SureShot enables users to record shot statistics and even suggests which club to hit. The light, portable device can be clipped to your belt and its battery lasts much longer than the typical round of golf. It’s perfect in case you find yourself having to go extra holes with one of those boys from Down Under. For more information, visit www.sureshotgps.com. 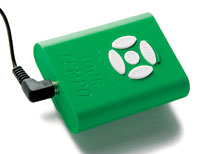 Hot Wired
John Novosel, a Kansas-based inventor, serendipitously discovered a common trait among Tour pros: their swings had the same tempo. While watching playbacks of slow-motion swings, he noticed it took three times as long for them to complete their backswings as it did for them to return to impact, or as Novosel puts it: there was “a common ratio between backswing and takeaway.” Swings varied in speed, but nearly everyone’s ratio was 3:1. So, what does that mean for you? Not much, unless you pick up the Tour Tempo MP3 player ($99), a lightweight portable device that plays swing tones of varying speeds that match this 3:1 ratio. Just match your swing to the tempo that best fits you, and you, too, will be swinging like a pro. Visit www.tourtempo.com.

Bridgestone GC Series
After a successful entrance by Bridgestone Golf in the premium product category (with its J33 irons), the new GC Series irons ($699) are destined to do the same for the game-improvement category. There are two sets to choose from: the GC.MID, which features a midsized clubhead with minimal offset and progressive heel-toe weighting, as well as midsized sole widths and toplines. The other is the GC.OS, an oversized model with generous and consistent heel-toe weighting, wider soles and thicker toplines. Both models feature fixed weight discs in the heel and toe of the cavity as well as a bored-out Gravity Chamber that deepens in size as irons get bigger, thus aiding in more forgiveness, a higher MOI and higher trajectory. Both models feature a variety of shafts, with Nippon NSPRO shafts as standard.
For more information, visit www.bridgestonegolf.com.