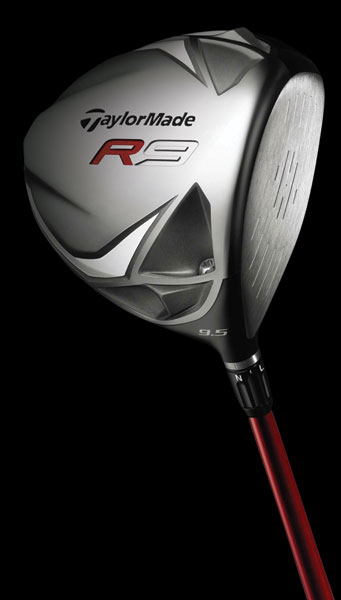 Now Playing: TAYLORMADE R9
TaylorMade has a real knack for changing things up, and we mean that in a literal sense. In 2004, with the introduction of the r7, TaylorMade made it possible to adjust the weighting of a driver with a series of weight cartridges and easy-to-use mechanics. Five years later, they’ve done it again with the new R9 ($399). Only now, in addition to adjusting the weights in the clubhead, golfers can fine-tune the clubface angle for even greater on-the-spot customization.

With the simple click of the specially designed wrench, clubface angles can be adjusted to one of eight settings, ranging from very closed to very open. Combine that with the adjustable weights and you have a driver that literally can go from Tour spec to beginner spec (or vice versa) in a matter of seconds. Now if it sounds like overkill, we’re here to tell you it isn’t. With one click, you can see and feel the differences in clubface angles, which in our opinion, affects your ballflight more than adjusting weights ever did. And in case you hook or slice chronically (maybe you do both), the R9 can really help.

By the way, that’s not all there is. The R9 also has a modern, triangular-shaped head and an all-new Fujikura Motore shaft. Multiple lofts are available, including a TP version (same clubhead, upgraded shaft.)

Heat Up Your Game
Is it getting hot in here? The new Big Bertha Diablo series from Callaway features a new driver, fairway wood, hybrid and ball, each sporting the fiery, BB Diablo name. The driver and fairway wood, in particular, both feature an asymmetric “Edge” clubhead shape that helps golfers square the clubface more effectively at impact. We scoffed at first, but the new shape, graphics and performance quickly grew on us. (By the way, Phil Mickelson is already playing the Diablo fairway wood, proving these clubs aren’t just for slicers and high-handicappers.)

Say Hi To Hireko
If you’re looking for custom-made golf clubs at an unbelievably low price, check out the nice folks at Hireko Golf. Not only are their prices tough to beat, but Hireko Golf also supplies a full line of components, shafts, grips and tools for clubmaking—again at rock-bottom prices. We recommend you hop online and peruse the clubhead section. You’ll find some interesting new driver styles, some of which seem way ahead of their time. Oh, and did we forget to mention? The prices are hard to beat!

Need For Speed
Is it a hybrid or a fairway wood? We concluded that the new Adams Speedline hybrid-fairway wood ($179) can be classified as either or. As a fairway wood, one can call it a great tool for hitting par-5s in two and also as an alternative to the driver off the tee. As a hybrid, the versatility of the low-drag sole, high MOI and low CG help get the ball airborne in a hurry and make it easy to hit from a variety of good and otherwise difficult lies. As the name implies, ball speed also is enhanced.

Get A Grip
The new BCT grips from Golf Pride usher in a new era for corded grips. Once regarded as both very firm and, frankly, rough on the hands, the BCT (Brushed Cotton Technology) line features a new type of brushed cotton that’s both softer and, in our opinion, much less abrasive. We’re particularly excited to see the classic Tour Wrap corded model make a comeback.

Crooked Sticks
The new Pro Length OFFSET is an interesting take on tee tech. As you can see, they’re offset (crooked) to help golfers hit the ball with a more ascending blow. Why you ask? Simply put, studies have shown that ascending blows lead to larger drives, and the offset design helps golfers do just that. Allowable under USGA rules, the OFFSET tees are available in 2_â__-inch and 3_â__-inch models.

Double Debut
Let’s face it. The Titleist Pro V1 line has been mired in controversy for the last few years. However, the bad press seemingly hasn’t stopped the Acushnet R&D dept. from churning out a newer, revamped version of the Pro V1 and Pro V1x models. The “2009” models claim to both be longer off the tee and feature enhanced durability, two traits that the Pro V1 and Pro V1x already are known for. Now, we definitely like longer and more durable golf balls that also spin like wheels around the greens, but the $58 MSRP is a little tough to stomach.