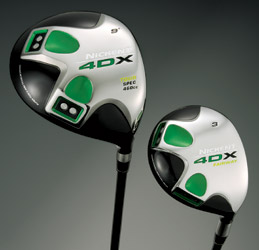 Now Playing: Nickent 4DX
Nickent continues to ride high after the stellar West Coast swing of Tour player, Jeff Quinney. But the red-hot Nationwide grad’s top 10 finishes shouldn’t be your only exposure to this great brand. The recently released 4DX driver uses Tungsten-polymer XW weights to achieve optimal weight characteristics for golfers who either prefer a Tour-inspired trajectory or an anti-slice setup. The XW weights also increase the club’s MOI and help to enlarge the hitting area on the face, all without having to compromise a traditionally shaped clubhead. Perhaps the most impressive feature, however, is the 4DX’s super-thin (.4mm) Titanium crown, a technological marvel that keeps weight deep and low. Draw spec lofts: 9, 10.5, 12, 14.5. Tour spec lofts: 8, 9, 10.5. $399. 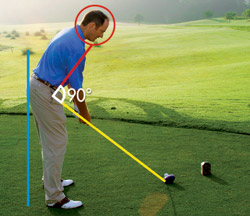 Video Game
If Tiger Woods’ swing speed was his car, he’d lose his driver’s license. The world #1 routinely whips his clubhead 130 mph, thereby doubling most states’ legal speed limit. Whether you’ve watched him on TV or from a few feet away, you know how hard it is for the human eye to detect the subtleties of his swing._Ê

Of course, most of us don’t swing the club as fast as Tiger, but that hasn’t stopped consumers from gravitating to technologies that help them slow down and magnify the finer points of their swing.

While most swing analysis software is geared toward instructors, consumers are experimenting with them too. In fact, some software, like the V1 Home Edition, is cheaper than a lesson. The advantages are obvious: Software and technology not only help slow things down, but also enable the user to identify those subtle, hard-to-capture moments. 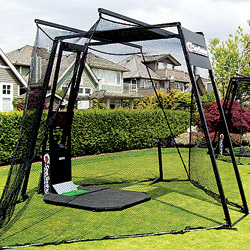 See Swing_Ê
What It Is: A mobile “recording unit” that captures and analyzes golf swings.

What It Does: Measures golf swings from three angles (top, front and behind).

How To Use It: See Swing is big (350 square feet with its SafeNet Netting system) and is mostly found at special events. 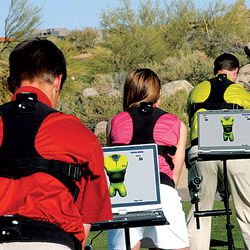 K Vest
What It Is: A lightweight shoulder harness and hip belt.

What It Does: Measures hip, shoulder and arm movements, creating a 3-D representation on a monitor.

How To Use It: Auditory feedback tells the user when he’s in the right position. 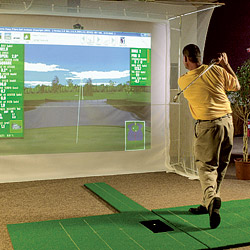 P3 Pro Swing
What It Is: A personal swing analyzer, instructional aid and simulator.

What It Does: Measures club speed, tempo, swing plane, ballflight and clubface position at impact.

How To Use It: Swing over the sensing platform; data is shown on the monitor. 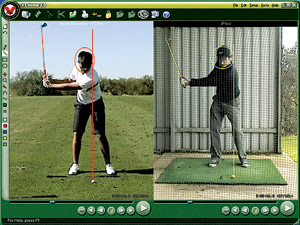 V1
What It Is: Swing-analysis software

What It Does: Users can view split-screen comparisons of a swing, freeze replays and synchronize two swings in slow motion, among other cool functions.

How To Use It: Capture a swing and use V1’s tools to break it down. 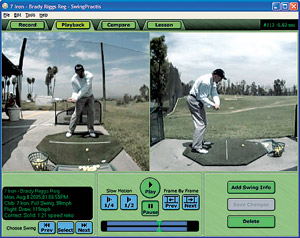 What It Does: Captures, analyzes and allows users to e-mail their swings over the internet to an instructor.

How To Use It: Download the software from inpractis.com, import your swing and e-mail to your instructor for review. 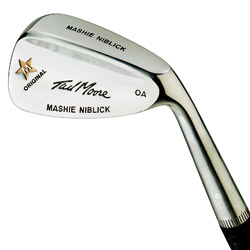 Tad Moore Hickory Classics
If you’re hankering for a simpler era of golf club construction, you don’t have to dig around grandpa’s closet or surf eBay anymore. Club designer and longtime hickory-shaft devotee Tad Moore has brought his passion for old-school design to the masses. His Tad Moore Hickory Classics hopes to revive the long-dormant hickory-shaft industry. The Mashie Niblick (shown) is part of his Tom Morris line of clubs, so named for the famous Scottish player and architect. $150. www.tommorrisclubs.com 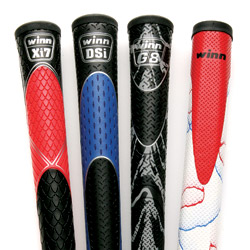 New Winn Grips
There’s a new Winn grip that’s right for every golfer, including PGA Tour pros and amateurs alike. The Xi7 (Extreme Integration) provides a firm, cord-like feel, the DSi (Durasoft Integration) gives a softer feel and all-weather performance, the G8 Rave has a unique marble design and firm yet comfortable feel, and the ultrasoft Midsize Pistol Putter is nice and tacky due to Winn’s unique Excel material. For more information, visit www.winngrips.com. Oops! In the 2007 Golf Equipment Buyer’s Guide, the Midsize Pistol Putter was incorrectly listed as the G8 Rave. 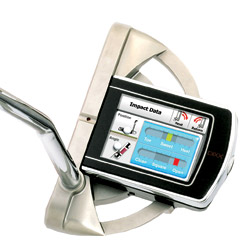 Adams DIXX Training Putter
With the DIXX, you have an instructor with you wherever you go. The training putter features a tiny computer terminal attached to the putterhead and offers instant feedback, including information related to swing path, impact position, tempo, face angle and a swing’s “speed balance.” The only downside may be its hefty price tag, but for those who can’t get to a hi-tech putting studio, it’s definitely the next best thing. $1,000. www.dixxgolf.com 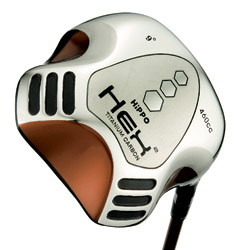 HiPPo Hex2
And you thought the only radical new driver shapes were square, triangular and inverted crowns! HiPPO recently introduced a new hexagonal shape to the cornucopia of new drivers designed to increase the club’s MOI. The hexagonal shape enables optimal weight distribution to the side and rear of the clubface, thus allowing a great transfer of energy through the ball. The Hex2 features carbon on two sides of a titanium crown and sole, and is designed to reduce drag and generate more clubhead speed at impact. Affordably priced, too! $199. www.hippo-golf.com 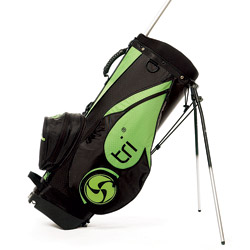 Tri Bag
From the “Wouldn’t it be cool if_â”” department comes the Tri-Bag—a lightweight hybrid carry/pullcart bag. A retractable switchblade handgrip rotates left and right for easy maneuverability, while its detachable “Slickwheel System” comes off in literally a snap. Dirty wheels? No problem. The Tri-Bag comes with a nylon drawstring bag for storage. Comes with insulated snack pouch, eight-way club divider and dual harness. $209. www.tri-bag.com

Fujikura Rombax
Fujikura’s legendary Speeder model is well known among Tour players and accomplished amateur players alike as one of the best driver shafts ever made. These accolades are largely due to Fuji’s innovative Triax material, which effectively minimizes deformation during the swing, leading to increased energy transfer, longer distance and greater feel. The newest model from Fujikura is the Rombax, which takes Triax one step further by adding an extra weave to the equation, making the shaft even more resistant to ovaling than the Speeder. The new X Series Rombax is particularly well suited for today’s monstrous, oversized drivers._Ê www.fujikuragolf.com_Ê_Ê

News Flash:
Proposed Rule Changes
Every now and then, the USGA likes to shake things up by restricting a particular feature found on golf clubs, such as C.O.R., M.O.I, club length and so on. This year, the USGA is tinkering with two proposals.

First, there’s a chance new groove regulations will be put in place that affect the way the ball spins off the clubface of irons and wedges. Evidently, the USGA thinks better players are making some courses obsolete. With_Ê advancements in ball technology, the USGA argues, urethane-covered balls are spinning too much, in particular, from the rough. To settle this dilemma, the USGA is proposing new limits on groove edge sharpness to have an effective minimum radius of .010 inches (instead of the current .020 inch limit) and also “a limit on the total cross-sectional area of a groove divided by the groove pitch (width plus separation) to .0025 square inches per inch.” The USGA claims the difference will affect the better player more than the average ones (who tend to play Surlyn-covered golf balls that spin virtually the same using the current and proposed groove regulations). This proposal has nothing to do with the actual shape of the groove (whether V-shaped or U-shaped). Both designs will still be allowed. Any grandfathering of current clubs that conform to current rules but not the proposed ones will likely last 10 years.

The second proposal is a relaxed standard that applies to the adjustability of woods and irons. Equipment manufacturers are already toying with new ideas to help make the game more enjoyable for players of all abilities. Who knows what could be in the pipeline if this proposal makes the cut?