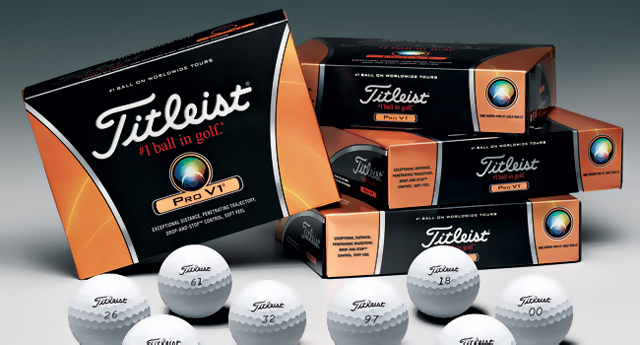 RENEGAR
A direct response to Gene Sarazen’s sand wedge, the Renegar Rx12 line of wedges ($179) claim to be easier to hit out of the bunker. How are they different from a typical sand wedge? That club, because of its bounce, has a raised leading edge, which, while beneficial in the bunker, often leads to thin or skulled shots from the turf. The Renegar has a sole, however, with a lowered leading edge, which improves contact on turf shots. It also, through some ingenious engineering, has a slightly higher and more rearward COG, which increases ball spin and leads to more consistent distances on off-center hits. 48_¡-60_¡ models available. renegargolf.com

TAYLORMADE
_È_Standing for "All Terrain Versatility," TaylorMade says that their new ATV wedge ($119) can–with only minor adjustments from the golfer–perform superbly from any kind of lie. In other words, it does the dirty work for you. Its 304 stainless-steel face and microtexture grooves generate nearly as much spin as the company’s highest-spinning wedge. What’s best is TaylorMade is manufacturing only 10 loft/lie combos to simplify the wedge-buying process. taylormadegolf.com

BRIBGSTONE
_È_Boasting a variable-bounce sole–with a lower bounce angle toward the heel and toe–Bridgestone’s J40 wedge ($109) makes it easy to hit crafty shots with open and even closed faces. It’s the perfect wedge for players who like their short irons to have a lot of versatility and a soft, forged feel. Comes in two finishes (black oxide and chrome), five lofts and TT Dynamic Gold Spinner shafts. bridgestonegolf.com

PING
The forged Anser wedge from PING ($170) features tungsten in the toe section that balances out with the long hosel, resulting in a CG that’s positioned in the middle of the face. Add a tapered sole, a thicker face and, of course, PING’s legendary commitment to quality, and you have what we think is the best wedge PING has ever made. Comes in a variety of lofts (50_¡-60_¡) in satin-nickel or chrome finishes in a steel or graphite shaft. ping.com

MAXFLI
Four new urethane-covered balls have debuted from Maxfli. Called the U/Series ($20-$40), there’s a variety of different ball types for players of all skill levels. The four-layer, soft U/4x boosts distance off the tee with a lower trajectory, while the high-launch U/4 increases spin to help you control your short shots. Also look for the three-layer U/3 and two-layer U/2, both of which are high-launch models. Available at Dick’s Sporting Goods and Golf Galaxy. Follow them on Twitter: @Maxfli_Golf.

TITLEIST
"108s" to commemorate the 108th U.S. Open at Torrey Pines. Now, for a limited time, Titleist is offering double-digit numbers on their Pro V1 and Pro V1x golf balls. There’s just one catch. You have to order at least six dozen through your local authorized Titleist golf shop. Could colored balls be in the lineup’s future? Perish the thought. titleist.com

BUSHNELL
Preloaded with 25,000 courses, Bushnell’s new neo+ golf GPS watch ($200) is a lightweight alternative to handheld GPS devices. It not only measures your shots, but also gives distances to the front, back and center of the green, and comes loaded with non-golf-related features like an odometer, timer and alarm. And, with a 14-hour battery life, it can last for up to three rounds. Sweet! bushnellgolf.com

MOTOROLA
All the data you’ve ever wanted about your golf game”on your wrist. The new MOTOACTV ($250) from Motorola gives you access to 20,000 global golf courses, measures distances to the front, center and middle of the green and keeps track of scorecards, clubs and other key stats. On a diet? The MOTOACTV even counts steps and calories burned during your round. We like the online clubhouse feature the most, as it’s synced to MOTOACTV.com where you can watch a virtual representation of your round. motoactv.com

BAG BOY
If you like to walk on the course, but don’t want to carry or push your bag (and you have an extra couple grand to spare), you might want to consider Bag Boy’s new Navigator Elite electric cart ($2,295). Featuring a gyroscope navigation system that maintains a straight path even on the toughest terrain and an interactive color screen that looks like an automotive dashboard, the Navigator Elite is as modern as the game is old. Available in dark gray only. bagboy.com

SUN MOUNTAIN
After suffering a PR nightmare at the 2010 Ryder Cup, Sun Mountain bounced back admirably last year with new rain gear for The President’s Cup. 2012 sees the introduction of their Torrent ($119-$164) collection, which offers guaranteed waterproof protection and a four-way stretch fabric that permits a free-flowing golf swing. Also available in a lighter-weight version. Comes in full-zip jacket and pants for men and women. LT version comes in three men’s styles. sunmountain.com 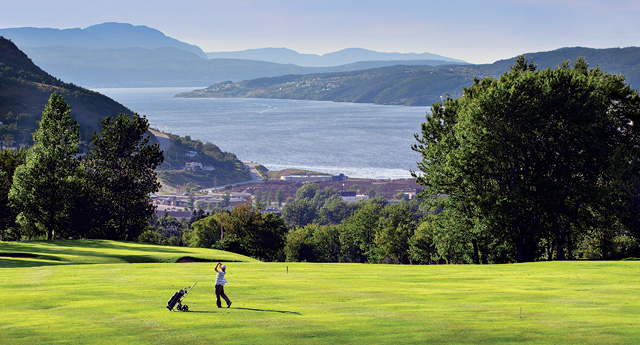 Golf "The Rock" Where to play and stay in Newfoundland

1 While Newfoundland officially transitioned from a British dominion to a Canadian province in 1949, Blomidon Golf Club (the word is an elision of "Blow Me Down") retains the feeling of a local UK golf club. Although it measures only 5,835 yards, Blomidon’s small, quick greens make it a challenge for even the best golfers. Built on a bluff overlooking the city of Corner Brook, it’s a sneakily challenging track, but the community vibe is what stands out for the visitor. blomidongolf.com

2 After declaring bankruptcy in December 2009, Humber Valley Resort and its excellent Doug Carrick-designed course is now under new ownership–and at a reduced rate ($80 including cart). But not to worry, despite the recent restructuring, it has retained the high-caliber golf that its original $20 million budget built. Routed through a massive swath of wooded hillside overlooking the beautiful Humber River Valley, the course features large undulating greens and plenty of risk/reward shot options. humbervalley.com

3 At Gros Morne Resort, the province’s northernmost track, the views of the Long Range Mountains are almost worth the $48 green fee alone. With no houses, forgiving bunkers and an often steady breeze coming in off the Gulf of St. Lawrence, the new 7,025-yard course almost has it all. One only hopes that, as the course develops, measures are taken to address a few peculiar absences. grosmorneresort.com

Where to Stay
• Humber Valley Resort boasts a couple hundred rental chalets, many of which can sleep up to eight people. Approximately $150-$200/night per person. humbervalleylodges.com
• For an all-inclusive B&B experience, try the Inn at Humber Valley. $129-179/night. innathumbervalley.com