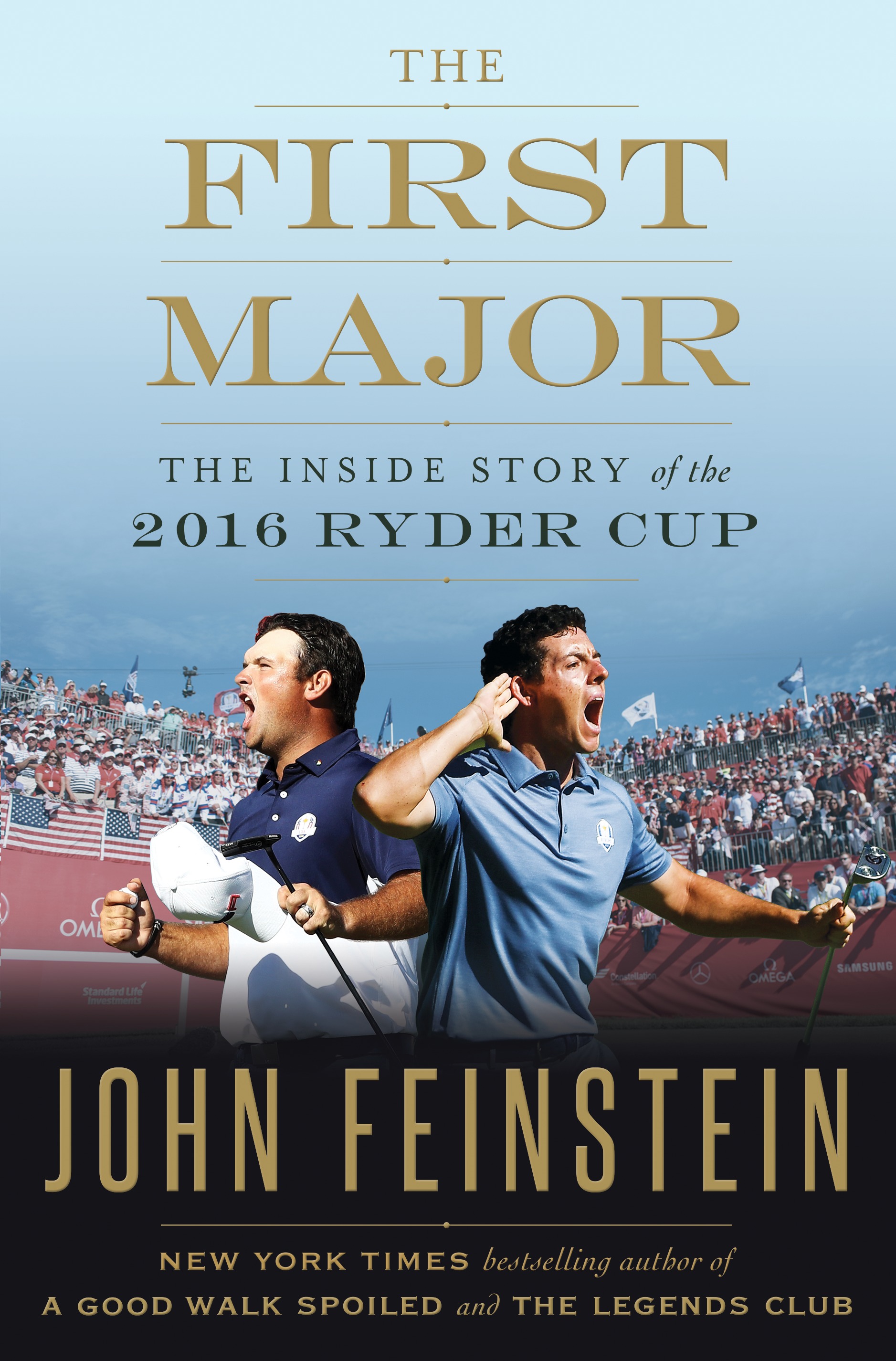 This is an off year for the Ryder Cup’s biennial clash of the American and European titans (and the Presidents Cup doesn’t quite rate; sorry PGA Tour), so good thing our old friend John Feinstein is back with his latest book-long dish on the 2016 Ryder Cup, a perfect storm of history, personalities and planning that led to the United States’ big win at Hazeltine Country Club outside of Minneapolis.

The captaincy went to Davis Love III — one of the greatest second-chance gestures in golf after he and a loaded American team suffered a stinging comeback from the Euros at Medinah four years earlier. With plenty of input from his players and co-captains thanks to the inclusive “task force” concept — instituted in the wake of the Tom Watson-Phil Mickelson dustup after the U.S. lost the eighth of its previous 10 Ryder Cups at Gleneagles, Scotland — Love assembled what turned out to be one of the most powerful teams in memory; Euro captain Darren Clarke, meanwhile, was saddled with six Cup rookies and left without vets like an injured Ian Poulter and slumping Graeme McDowell. Mickelson assumed his “Papa Bear” role as U.S. team leader and resident sage, while young bucks Patrick Reed and Jordan Spieth spearheaded the squad’s return to glory, punctuated by Reed’s epic back-and-forth singles showdown with Rory McIlroy — who nearly came to blows with vocal American fans and did his share of trash talking (and gesturing) each day.

Feinstein spends nearly three-quarters of the book setting us up for the 28-point war at Hazeltine, deep-diving into Ryder Cup backstory and behind-the-scenes conversations, power plays and personality studies to ratchet up the tension and reveal this as truly the biggest event in golf — on its own plane of passion and pressure in the players’ eyes, especially over the past 25 years. He keeps up the quick pace even while fleshing out the stories of individual players, and offers insights on just what motivates and challenges the world’s best to find another level on a stage unlike any other … even guys relegated to the sidelines, like a co-captain named Tiger Woods, who couldn’t contain his competitive fire. By the time Feinstein gets to the blow-by-blow of the matches, we’re feeling that fire, too. And loving it.