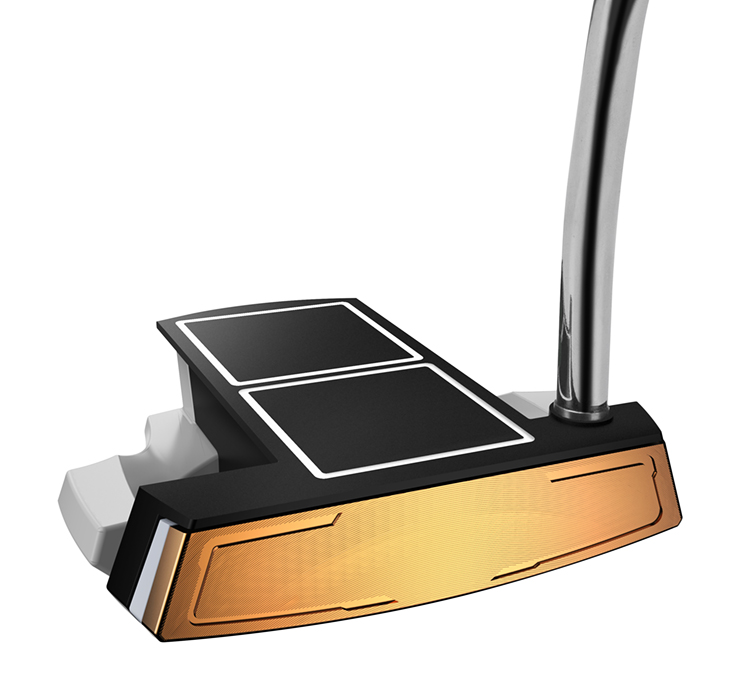 With last fall’s latest additions to their TFi (True Feel Innovation) line of putters — the new “Smart Square” alignment system — Cleveland Golf caught the attention of their main man Dave Pelz even more deeply. “The SmartSquare putters have two little boxes on them,” he told Golf Tips. “The 2135 is a new putter than has an alignment line that’s 21.35 millimeters off the surface. The line goes to the center of the ball. When you look down, you can see that the line stays with the ball. It’s a better alignment system. I can’t believe I didn’t think of it. They’ve moved the SmartSquare boxes up to half the height of the ball.” The TFi Smart Square is Cleveland’s most advance to date. Their tour-inspired designs feature a milled, copper-infused face cap over a copolymer insert; the combination of materials allows for immediate feedback from sound and feel when striking the ball, while the insert creates soft feel and consistent speed across the club face. The TFi 2135 blade features Cleveland’s new 2135 technology, while the latest additions to the TFi Smart Square mallet line continue to feature the Smart Square alignment technology. Regardless of whether a golfer putts with their eyes behind, directly over, or well over the golf ball, these putters create perfect alignment. Two squares create parallel lines that frame the ball at address and provide a clear visual path to the hole. They also generate two perpendicular lines that easily highlight when the putter is misaligned – even by a fraction of a degree.
$129.99-$199.99 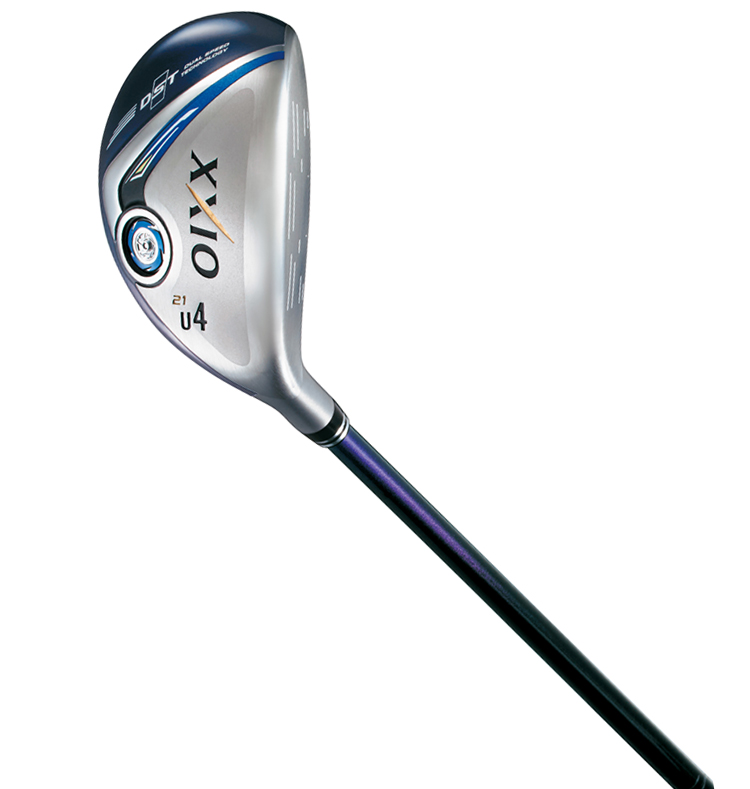 A huge hit in Japan since 2000 and now making their debut in America as Dunlop’s high-end club, the XXIO9 series is making waves especially in the longer-shafted department. From driver through hybrids, they feature new technology by maintaining longer wrist cock without adjusting your swing to create a change in head path. This change increases head speed to deliver greater distance: 5.5 yards more with the driver than the previous model. The core concepts of the XXIO series haven’t changed since the first generation — distance, forgiveness, and an exhilarating impact sound — but golfers will find the new series more advanced and attuned to their needs than ever before. The face has been updated from the previous open-face structure to a new cup face structure which enhances COR performance. In addition, the thinner surrounding area of the face creates a sweet spot 10 percent larger than that of the previous model and improves the carry distance for off-center shots. The fairway woods also feature a heavier head and a newly developed shaft that is lighter and has the balance point closer to the grip. Thanks to the newly designed face and sole of the head, these woods provide forgiveness for greater distance through the bag. What makes even higher head speed possible is original shaft and head designs by Dunlop Sports, which help to improve the head path during the first half of the downswing — increasing the arm rotation speed and increase swing speed.
$279.99-$649.99 per club 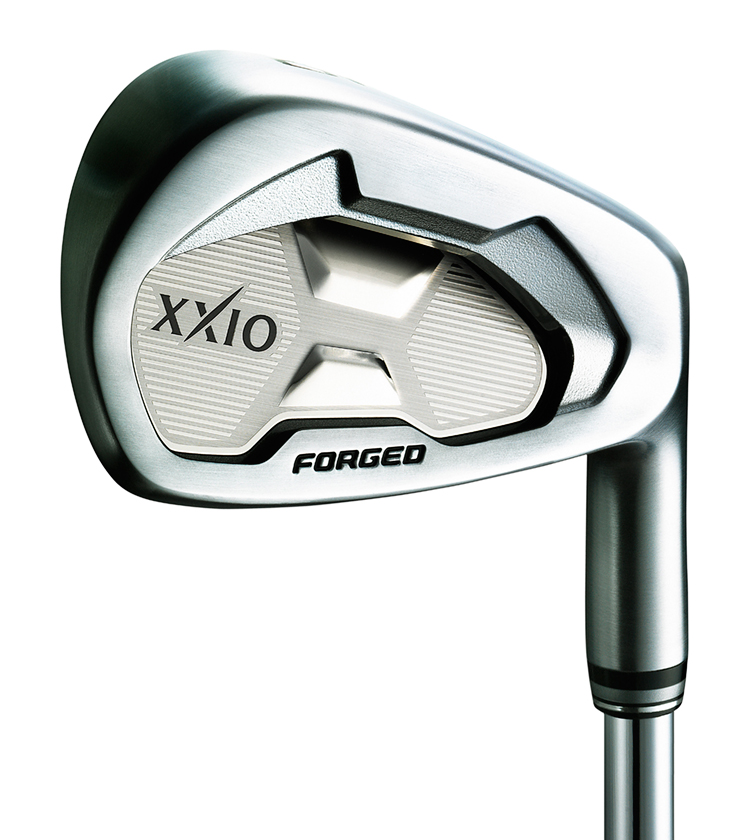 As with the bigger clubs in the high-end XXIO line, these irons put Dunlop — Cleveland-Srixon’s parent company — into a new rarefied sphere of performance at a mid-level price point. They deliver painstaking attention to both feel and XXIO’s distinctive forgiveness, in addition to the long flight distance produced by Dunlop Sports’ original Dual Speed Technology. DST lowers the Swing MOI – expressed as the smoothness of swinging with the shoulder as the center of rotation. The larger the value, the more difficult the club is to swing; the smaller the value, the easier it is to swing. These irons are engineered to match golfers’ discerning tastes for attributes such as a soft feel at impact, head shape, and impact sound. Distance is improved by utilizing a lightweight shaft with a CG closer to the grip. In addition, the N.S. PRO 940GH DST steel shaft employs a Natural Step Flow design which enables the performance tuning without changing the step positions. The design of the shaft tips for the long irons have been made softer to increase launch angle for longer ball flight, while the shaft tips for the short irons have been stiffened to reduce flexibility, creating greater accuracy, with same look in all clubs. $959.99- $1,199.99 for the 6-club set 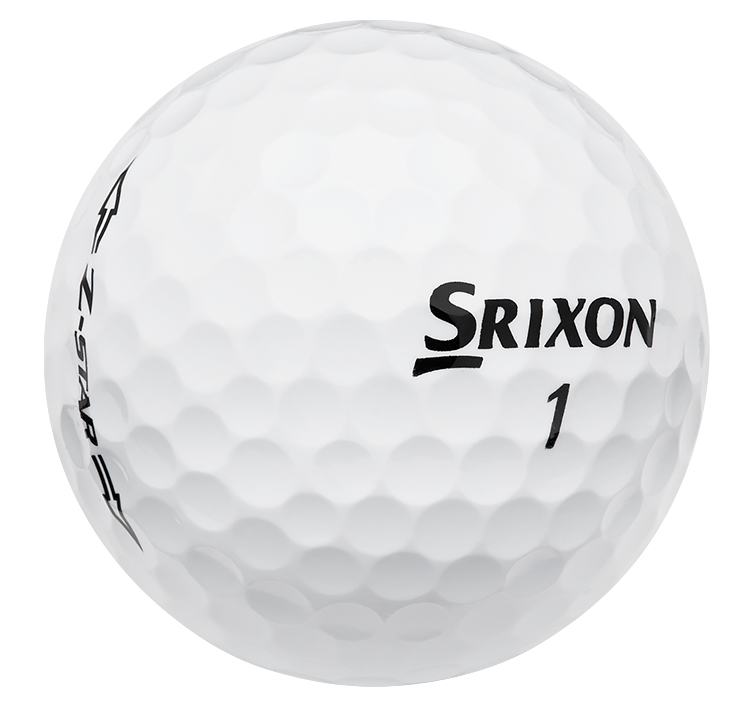 On the heels of last year’s rollout of Srixon’s 4th generation of Z-Star and Z-Star XV golf balls, including Z-Star XV favored by world tour professionals and other high-level pros, is the new Q-Star. Both dial in the qualities that golfers of every level crave for distance, control and feel. The Q-Star is an all-ability ball with tour ball technology designed for mid to high handicap golfers who demand premium performance. It provides the best combination of distance, greenside spin and durability in its class. Unlike other all-ability golf balls, which only perform well in certain aspects or with specific swing speeds, the new Q-STAR golf ball delivers exceptional performance in all aspects of the game at every swing speed. As with the Z-Star and XV, the Q-Star combines next generation SpinSkin with Speed Dimples innovation to give golfers unmatched feel and control, and the Energetic Gradient Growth core delivers incredible distance. SpinSkin increases frictional force by 18 percent and overall cover softness by 21 percent compared to the previous Z-Star, leading to more greenside spin and touch. 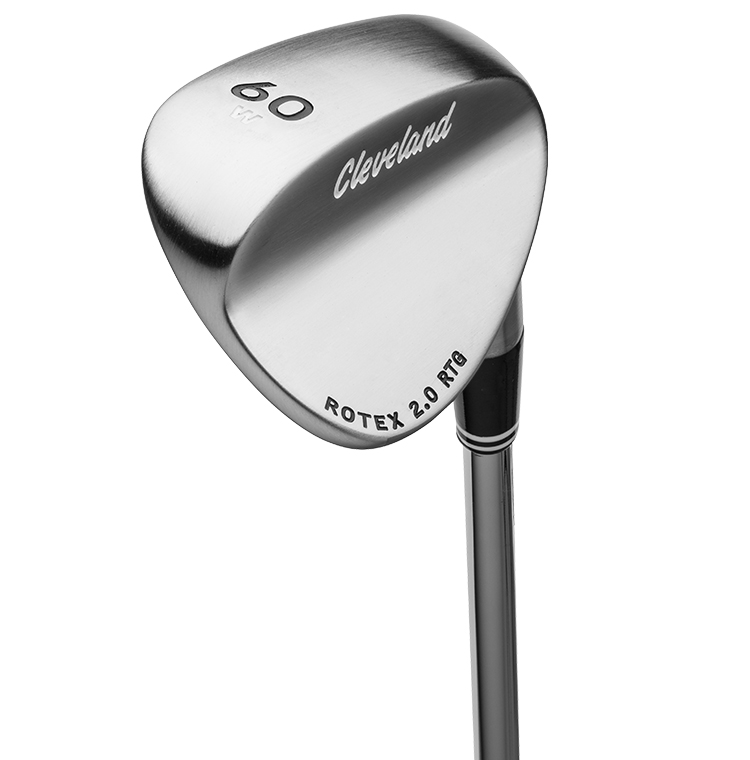 Cleveland-Srixon is, of course, one of the world’s wedge leaders, but who can argue that they have the best advocate out there in short game guru Dave Pelz? “With Cleveland I’m really happy with being a product ambassador,” Pelz told Golf Tips. “I’ve found superior products. The faces of the Cleveland RTX wedges are better than any others in golf. It’s not the grooves, but the space behind the grooves. They have all this machine contouring, milling instead of sandblasting. It’s much longer lasting. They’re making the face with a bunch of little bumps that have the same grit as the first time you hit it, but it lasts longer. They’ve increased the friction on the face another 10 percent. They’ve got more lies, lofts, bounces, variables than anybody in the game.” The 588 RTX 2.0 ($129.99/$139.99) combines the performance of its highly-successful predecessor, the 588 RTX, with new spin technology and sole grinds. Designed with sharper grooves and a new micro-milled face pattern, they take spin and control to the next level. They are available in a traditional muscle-back head shape for the better player, as well as a more forgiving cavity-back design for the improving wedge player. The new Smart Sole 2.0 wedges ($109.99/$119.99) are designed for men and women golfers to help remove new stress from their short game, with Cleveland’s widest wedge sole, engineered for smooth turf interaction which promotes cleaner contact for increased consistency from every lie around the green.