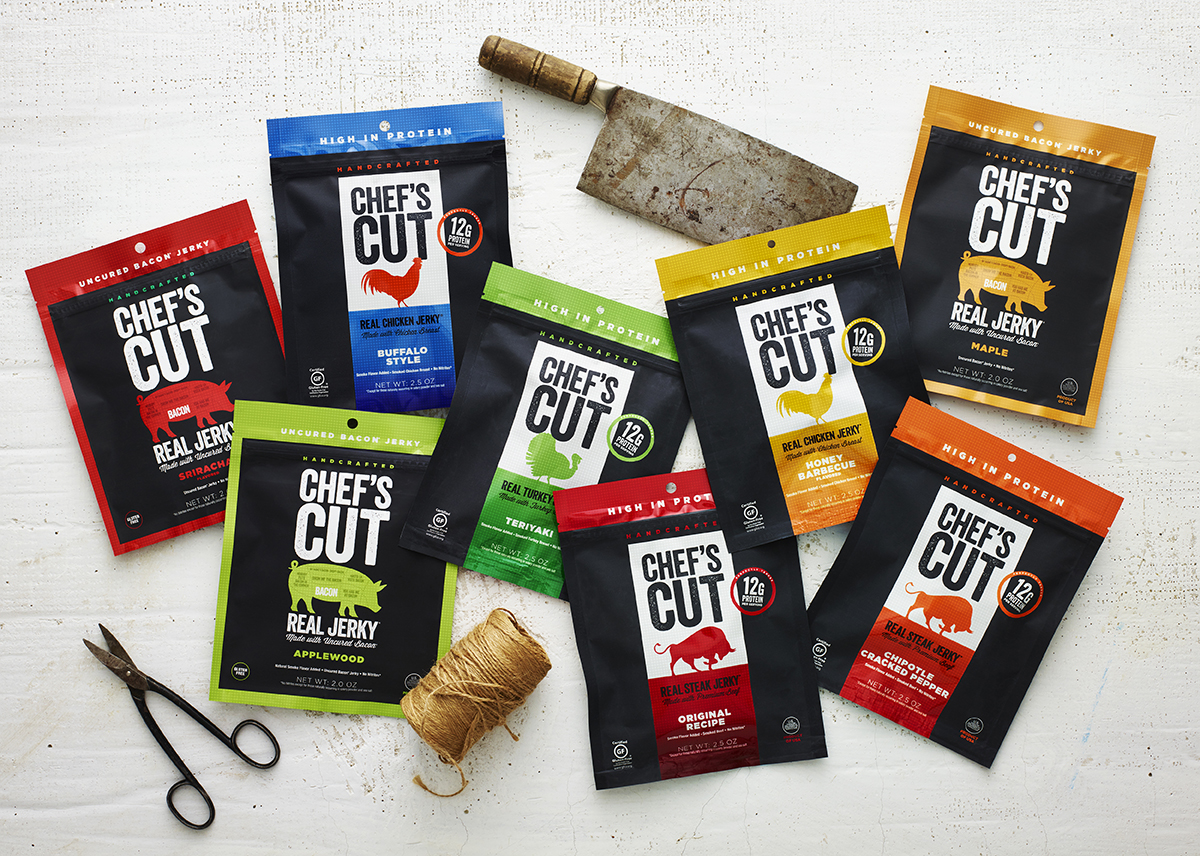 As with game improvement devices or equipment itself, golf nutrition is a moving target. It’s evolved from the old-school dog and brew at the turn to carb-packed power bars and electrolyte-laden drinks. But with Chef’s Cut Jerky, the long-release energy properties of protein get into to the game by offering a classic American snack in a delicious, nutritious, chemical-free way.

That’s right, jerky. As traditional and down-home as snacks get, it just might be the perfect nosh to stash in your golf bag — it doesn’t melt or spoil quickly, it’s lightweight yet loaded with nutrients, it tastes darned good (if you’re a meat lover) and it’s easy on the waistline. But Chef’s Cut is a different animal altogether, or actually, several animals — beef, chicken, pork and turkey — smoked and dried in well over a dozen distinctive flavors, from Original to Asian Teriyaki, Buffalo Style to Applewood Smoked, Maple to Honey Barbecue, in both jerky and stick form.

Every morsel is meticulously produced from gourmet quality meat and poultry, with deep, balanced flavor profiles and a softer, thicker richer, more satisfying bite. It’s all gluten-free, of course, with 10 grams of protein per serving and no nasty nitrites added.

Chef’s Cut was created by a former pro golfer named Dennis Riedel and a chef named Blair Swiler; as caddies at Florida’s Calusa Pines and New Jersey’s Bayonne Golf Club, they relied on jerky as a long-lasting energy source as they looped for members and guests, and decided to come up with their own lines of the low-fat and low-carb food with golfers in mind. That was 2009; eight years later they’ve grown the company to a coast-to-coast concern, picking up 1,000 golf course outlets along the way including Pebble Beach, Pinehurst and Pine Valley.

Teeing it up at those famed clubs would make anything taste better, but Chef’s Cut products light up the buds no matter where you are. To test samples of the Chef’s Cut line, the Golf Tips tasting crew made its way through a slew of flavors of both jerky and sticks.

The standouts? Buffalo Style Chicken, Honey Barbecue Chicken, Sweet and Spicy Beef, Asian Style Beef, Teriyaki Turkey and Jalapeño Cheddar Beef & Pork Stick take top honors, with Original Beef, Chipotle Cracked Pepper and Sriracha Bacon in the running, too. The Pepperoni Stick is a comer. In fact, we haven’t come across a sour note yet, and don’t expect to.

Nor do we relish the thought of running out of our stash mid-round, which is why it’s a great idea to just decide on a three-, four- or five-bag Chef’s Cut variety pack — Steak Bundle, Basics Bundle, Poultry Pack, Picante Pack, Bacon Variety Pack or Stick Sampler — for around $20 to $40 a throw (about $6 per packet, a sweet deal for sure), or just go all in on the eight-packet Chef’s Sampler for $50. You’ll be set for several savory outings — and surely beef up your stamina level through the final shot.

Our lingering, luscious after-taste? Chef’s Cut jerky and golf are a natural, convenient and healthy fit. Dig in.