Leave it to Ben Hogan’s namesake company to find a solid connection between newfangled hybrids and one of the greatest iron players of all time. “It is no secret that Mr. Hogan was a precise long iron player,” said Terry Koehler, President/CEO of the Ben Hogan Golf Equipment Company. “But we also have found prototype clubs in his personal collection dating back to the 1960s that would have to be classified as ‘hybrids’. Our goal with the VKTR product line was to make a set of hybrids that combine the feel and shotmaking capabilities of an iron with the performance and playability of a utility club. We believe these VKTR hybrids are the kind of clubs that Mr. Hogan would have enjoyed playing.” The patent pending VKTR hybrids are designed as a long iron alternative for players who are seeking higher ball flight without sacrificing enhanced workability, distance control and performance from a variety of lies. Creating the industry’s most advanced movable weight technology system for hybrids, the VKTR hybrids provide golfers the same unmatched performance in the long end of the set as is found in the scoring range. Interchangeable 18g and 2g weights around the extreme perimeter of the club moves the center of gravity in a way that results in customizable ball flights while eliminating “out of the box” draw or fade biases. With 11 lofts from 17 to 27 degrees, the VKTR offers the ultimate in precision distance gapping capabilities through the HoganFit™ online experience. Progressive sizing offers a larger head with higher launch and more forgiveness on the lower lofts and a more compact head shape for a more penetrating ball flight and improved workability on higher lofts. High-square toe helps players set up to the ball square to the target line.
$249 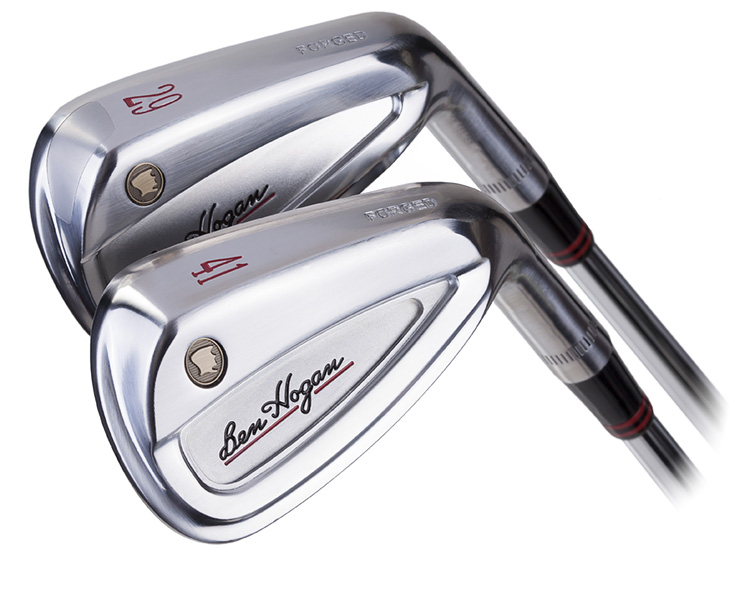 PTx and FT Worth 15 Irons

If the Hawk were alive today he’d be all over these two new models of pinseeking sticks from the company he started way back when. Actually, he’d probably have the more traditional FT Worth 15s in his bag, but we’re particularly taken with the game-improvement PTxs, with their co-forged titanium core and 1025 carbon steel cavity back, which work together to keep the center of mass at the center of each face on each custom-fitted club to produce perfectly optimized launch angles, which allows players to dial in their loft gapping — the idea behind Hogan’s revolutionary idea of abandoning traditional iron numbering in favor of showing its actual loft, from 20 (the old 3-iron) to 44 degrees (pitching wedge) for those looking for a lower ballflight, to 23 to 47 degrees if you want to flight it higher — with any combination of lofts in between. Once your set is configured, Hogan provides a personalized bag tag showing the range for each club. Finally, Hogan’s V-sole combines two bounces in one for maximum versatility on the many turf surfaces you’ll encounter in a round.
$149 each club 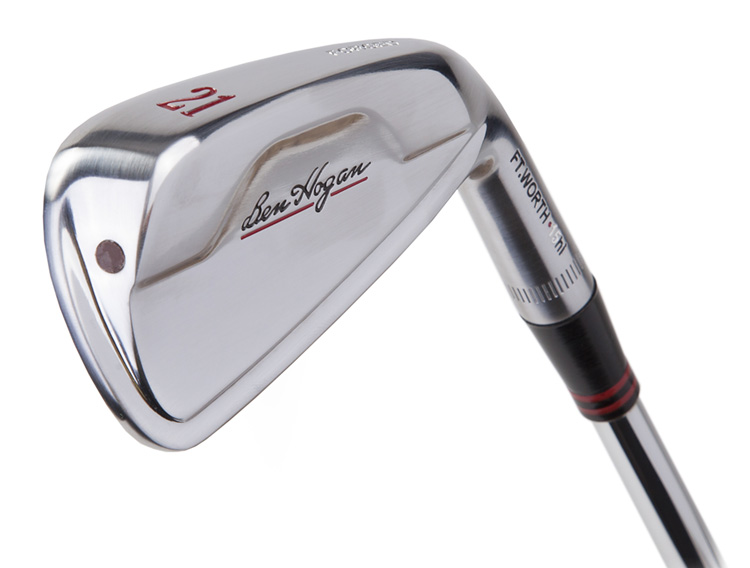