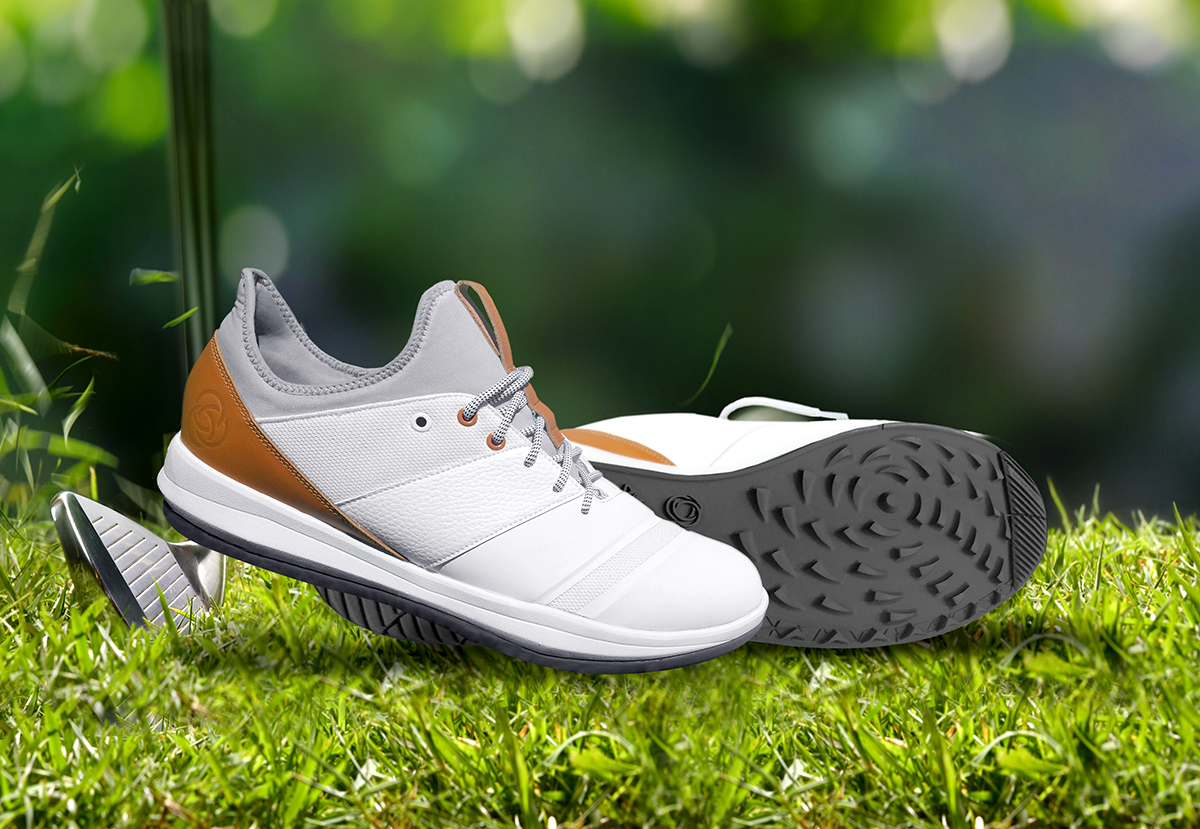 Sometimes it’s a long and tough leap into the golf business for a mainstream athletic gear company, but the Athalonz EnVe golf shoe proves that the gap can be breached, and breached well.

Known mostly for its baseball and softball footwear and other items such as practice pitching mounts, Athalonz brings a lot of design know-how to the golf shoe realm. Inspired by pro golfers and scientifically engineered using a patented technology, the lightweight, spikeless EnVe is sleek and modern and built for today’s power-centric game.

It starts with the midsole, which the company says is “tuned for maximum output,” while the “Grip & Glide” outsole works to shift the way the body engages the ground to solidify a golfer’s athletic foundation through the swing. These features were enough to attract the attention of professional long drivers Mitch McDowell and Ryan Steenburg.

We wouldn’t go anywhere near those guys’ swing speeds, but during full-round testing, Golf Tips found that the the Athalonz EnVe lives up to that power promise, stabilizing the feet from address through follow-through with a balanced and secure feel, plus extra support thanks to a thin and pliable “bootie” that extends what would be the tongue of the shoe out and above where the upper would normally end. It’s a different feel, though not confining or intrusive in any way. The shoe also aids in alignment of ankles, knees and hips, again to establish a “deeper” foundation and maximize swing speed without loss of balance — and reducing stress on the joints, as well. And when you’ve completed your swing and are facing the target with your trailing foot on its toes, the shoe’s waterproof toe box keeps the moisture out. Pure grip, no slip.

And another point: The Athalonz EnVe is as comfortable as your favorite pair of sneakers, and indeed could be worn off the course with no issues.

The company purports that its first-ever golf shoe can increase your power capabilities “by 9 percent or more.” We’re not exactly sure how to measure that assertion, but anecdotally we can report that we did notice some added distance off the tee, without extra effort. In fact, the Athalonz EnVe engendered such a solid base that getting more out of each swing took less effort.

Yes, as in any sport, the right shoes are important, and if its initial golf model is any indication, Athalonz is on its way to becoming a major footwear player on the links as well as the diamond.