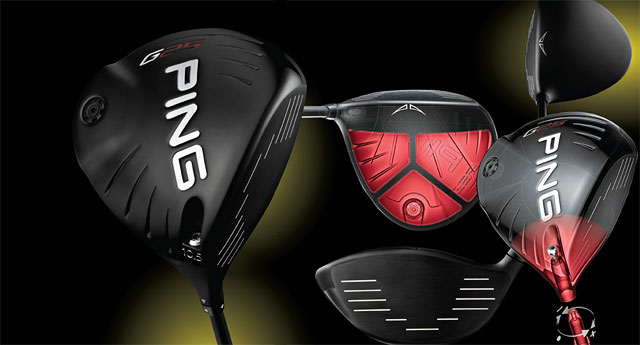 PING Golf equipment, from its drivers to its putters, might be the most consistent in the golf industry. That is, you always can rely on the company to deliver quality product that lives up to marketing hype. It’s a culture that goes back to PING founder Karsten Solheim and one that continues today with his son, company chairman John Solheim.

And, while PING continues to keep most of its consumer traction from its putters and irons, here’s a word of advice: Don’t sit on PING drivers, the latest being G25–the sixth iteration in the G-series bombers.

THE SETUP
The G25 is the largest profile driver PING has ever produced. That’s first evident when you see the G25 on the rack with its elongated black bottom facing up –it’s huge. But when you put it down at address, the club doesn’t look much larger than any other 460cc driver. In fact, with its black color and sleek lines, the G25 is one of the better-looking drivers on the market.

More importantly, the G25 sets up at address better than any driver I’ve played this year. I played the 10.5-degree and 12-degree versions and neither didn’t need any kind of manipulation at address. I just set each driver in its natural position and ripped away. I think the black color helped with that confidence, too, as each driver looks very differently at address from today’s popular white drivers. It’s also quite a contrast to the pink G25 Bubba Watson plays on the PGA Tour.

I used the stock TFC 189D, a 53-gram, high-balance point shaft in each club. The shaft was specifically developed for the G25 driver and even at setup, gives you a confident "swing the handle" feeling. The combination of black shaft and charcoal black driver head makes you want to rip the G25 from the first swing.

THE PERFORMANCE
PING’s "Trajectory Tuning™ Technology allows a player to add or subtract one-half degree of loft to the 8.5-, 9.5-, 10.5- and 12-degree clubheads. The adjustable-hosel design, according to PING, maintains the same outer diameter and mass of its fixed hosels.

One swing with the 10.5-degree driver gave me the "you’ve got to be kidding" reaction that comes with solid performance. I knew the G25 would be good, but didn’t expect it to be that good. There was no doubt the club’s lower center of gravity–deep and back in the clubhead–helped quickly launch the three-piece golf ball clubface and straight down the range. The G25’s TFC 189D shaft (regular flex) seemed to help increase swing speed, thanks in part to its length–45.75 inches–shorter than a lot of its competition by as much as one inch.

The G25’s feel is solid and its sound is good, whether I was trying to draw the ball, hit it straight or hit a fade. It was easier to hit draws (and sometimes hooks) than fades, but that was more of a function of my swing than the clubhead. By the way, when adjusting for more loft, you actually close the face angle a bit. The opposite occurs when lowering the loft.

The 12-degree model was even easier to hit straight. Again, the ball came off the clubface quickly, but this time with a slightly higher trajectory, as expected with the additional loft. It was more difficult for me to draw the ball with the 12-degree model, but the club seemed more forgiving on off-center hits, particularly those off the toe. I lost some distance on toe hits, but the ball stayed straight in the air.

The combination of lightweight shaft and large, forgiving clubhead in the 12-degree G25 gave me greater confidence to let loose with a swing that I wouldn’t attempt with the 10.5-degree model.

I used the PING wrench to subtract and then add one-half degree to the 12-degree model and saw modest changes in my ballflight tendencies. Mainly because more loft meant more backspin and the straighter my shots flew at any configuration.

THE CONCLUSION
The PING G25 driver is one of the better drivers of 2013. It’s easy to hit and very forgiving for average players looking for extra distance and even a little extra ball speed. The 12-degree model, in particular, is a solid performer for average players. You don’t have to swing hard or manipulate your swing to get the result you want off the tee.