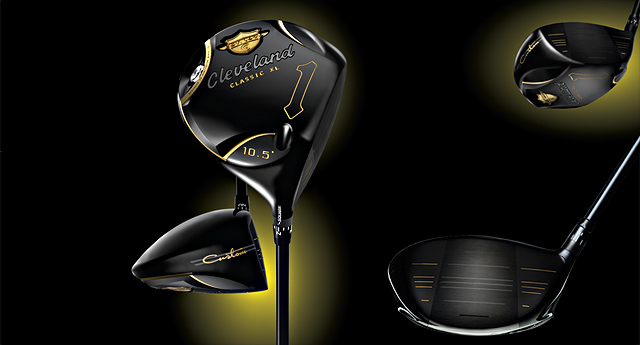 In an effort to help golfers like you and me find the perfect trajectory for our tee shots, virtually every major equipment manufacturer has hopped aboard the adjustability bandwagon. Here at Golf Tips, we think that’s great news, since having an adjustable-head driver opens the door for more golfers to do a whole bunch of fun things off the tee–all without having to make drastic swing changes.

The latest driver we tried that features adjustability is the all-new Cleveland Classic XL Custom. Many of you may remember the retro-inspired Classic driver from last year, and the new Classic XL Custom is a later version of the same club, only this time with a slick new paint job, some design modifications and some really cool adjustability options.

THE SETUP
On paper, the Classic XL Custom driver features an adjustable hosel that allows for up to 12 different face angles and loft and lie angle configurations. I tried a 9-degree base model (there are also 7.5- and 12-degree models) with Miyazaki’s JDL graphite shaft, which happens to be designed specifically for adjustable drivers (more on that later). In addition to the adjustable hosel, this driver also has a removable weight port in the rear section of the sole that accommodates a 3-gram, 7-gram and 11-gram weight for different swing weight configurations. I tried the 7-gram weight.

At first glance, I missed the gold/crimson color of last year’s Classic driver, but I quickly was swayed by the beautiful, polished black finish and gold markings on the face that helped make it easier to square the ball behind the sweet spot at address. There’s also a very faint alignment dot above the sweet spot on the crown, which is a little hard to see, even in direct sunlight. Furthermore, Cleveland claims this driver to have the largest and deepest face in golf (actual face area is 7.32 inches), making it crazy easy to hit solid drives.

Finally, as mentioned, I tried the Miyazaki JDL graphite shaft that’s specifically designed to perform consistently no matter how it’s oriented in the clubhead. Like all Miyazaki shafts, it comes in a wide array of flex profiles to accommodate virtually every type of player looking for a mid-launch.

THE PERFORMANCE
The first thing I did was swing the club in the "Square" position and get a feel for a base trajectory and face angle. Out of the box, I was relieved to find that the XL Custom retained the sound, feel and flight I loved so much about the original Classic driver from last year. That said, there were a few differences, however, none in the negative direction. When compared to the original Classic driver of the same loft, the XL Custom seemed to produce a more penetrating ballflight than last year’s stick. So, by way of a practical, real-world comparison, I contend that the XL Custom is longer than the original Classic driver, thanks to a better weighting scheme and a shaft that really delivers a mid-height ballflight. And, that’s all before even taking the torque wrench out of the bag.

Now, onto the really interesting part. The adjustability of the XL Custom driver allows up to 12 different configurations, which is probably more than any of us need, but it certainly helps in fitting more swing and player types. The 12 settings are arranged by face angle denotations and cleverly viewed by the "window" on the hosel. When the club is set to "Square" the face is square with the club’s standard loft. As you adjust toward "L" the face closes, to "R" the face opens, and past "L" and "R" the face opens and closes relative to a more upright setting. (Upright settings are great for chronic slicers, by the way.)

What’s not marked on the adjustable hosel are the changes in loft that occur when you adjust the face angle. Luckily, the handy pocket guide that comes with the driver illustrates in detail exactly what’s happening. In brief, the more you close the face angle, the greater your loft; the more open you go, the lower the loft.

I started by making adjustments slowly, first, by opening the face angle by 0.75 degrees and again by 1.5 degrees. In both instances, I saw significantly lower ballflights with some fade bias. I then went back to the "Square" setting to readjust, then ratcheted the face angle toward the "L."

I not only saw higher launches, but also some serious draw bias. For you naysayers who think that adjustability is marketing hype, we’re here to tell you it isn’t, especially with the XL Custom. I was pleased to find that each setting had a unique look at address and each produced varying ballflights.

My only criticism, and it’s a moot point, by the way, is the torque wrench itself. It’s a square shape, which took a little wiggling to get it into the screw. It’s awkward at first, but after a couple tries, I had it figured out. Also, the screw sticks to the wrench, thanks to a small ball bearing on the tool’s tip. I actually panicked the first time I removed the screw, thinking I had dropped it in the grass. But there it was, still on the torque wrench. Whew.

ON THE COURSE
Hitting several hundred balls in a controlled environment is one thing, actually using the driver on the course is completely different. I set the driver for 0.75 degrees open and proceeded to the first tee, knowing that according to the rules I had to stick with that setting the whole round. Before I tell you how that went, it’s my opinion that when you have an adjustable club, it’s imperative to let the club do the shot-shaping work for you. With my old driver that has a square face angle, any attempt to hit a fade or draw was a conscious act that I did with my swing. But with an adjustable driver, if it’s set up to hit a draw or a fade, the key is to swing normally and let it happen and not force anything. I happened to do just that off the first tee, and to my delight, hit a towering fade that split the fairway. Ahhh. And, while much is said about how this driver is both long and the adjustability really works, it’s worth mentioning that this driver is also incredibly forgiving on mis-hits.

There’s one caveat to adjustable drivers that I think better players (not that I consider myself one, but there was a time when I was) will notice, however. When you tinker with a driver to accommodate a certain ballflight, it becomes more difficult to make adjustments to your trajectory when you need to. For instance, if I set my driver to hit fades, on the rare occasion where I do need to hit a draw, it becomes more difficult for me. Now, that may not be true for everyone, but for me, both physically and mentally, I have a hard time defying my driver setup and hitting a shot that the hosel configuration isn’t designed for. Remember, that’s just one man’s opinion. With an open-face angle, I can barely hit a draw. Maybe it’s just me.

THE CONCLUSION
The Classic XL Custom is a fantastic new driver. The adjustability feature produces all sorts of different trajectories, and the look, feel and sound all cater to my taste. The minor criticisms I have (the faint dot on the crown and unusual torque wrench) pale in comparison to how this driver performs. The JDL shaft I tried performed nicely, too; however, for my swingspeed, I might have opted for a slightly stiffer and heavier model than the one I tried. I made a few swings that I feel overpowered the shaft a bit. Adjustability aside, I was amazed at how well my good drives performed, usually with a mid-height trajectory (which is lower than my experience with last year’s driver) with moderate to low spin rates. Even more impressive were my mis-hits, which managed to fly relatively straight with some impressive distance. And, by the way, because it’s a deep face design, I found my best drives to come from teeing the ball a little higher than I would with other drivers that have shallower face areas.