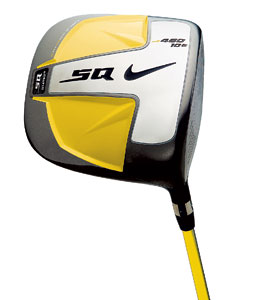 Just when you thought you’d seen everything! Two different golf equipment companies have created two similar, yet different drivers that feature a radical new approach to the most popular golf club in the bag. Of course, it’s not the first time we’ve witnessed a makeover for the big stick. In the last 50 years, we’ve seen the transformation from 180cc to 460cc clubheads, persimmon to steel, steel to titanium and most recently, titanium to mixed-carbon materials. New for 2007, the Nike SUMO2 and the Callaway FT-i feature a radical, square approach to a game dominated by round shapes. Check out these two new bombers: They’re doing to MOI what 460cc’s did to COR a few years ago.

Nike SasQuatch SUMO2
No, SUMO2 wasn’t named for a large Japanese wrestler, but rather for its most beneficial feature: a very high Super Moment of Inertia. How does it produce it? The club’s brick shape. That unique design enables a tremendous amount of weight to be displaced away from the face. Plus, the rear weighting is achieved via the SQ PowerBow, and the SUMO2’s square construction enhances the heel-toe weighting, thus generating a stable head that encourages a high launch, nominal spin and an extraordinary resistance to twisting on off-center hits. Made of titanium with a beta-titanium face and a carbon-composite crown, the SUMO2 comes with a specially crafted SasQuatch/Diamana shaft. Visit nikegolf.com. 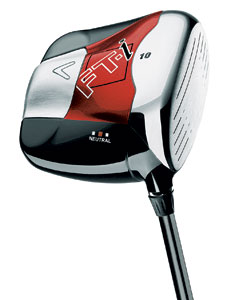 Callaway FT-i
Callaway’s foray into the square dimension is equally impressive. Featuring Callaway’s patented composite crown and titanium cup-face technology, the FT-i’s square clubhead is designed so weight can be moved as far back and to the sides as possible, thus skyrocketing the clubhead’s resistance to twisting on off-center hits. Also, the optimized center of gravity lends high-launch, low-spin flight characteristics off a greater percentage of the clubface surface area. Third, the FT-i also includes Callaway’s OptiFit Weighting System, enabling golfers to choose from Draw, Neutral or Fade models. By the way, a more maneuverable FT-i Tour version is also available. For more, visit callawaygolf.com.

MOI
Lingo Check
Moment of Inertia, or “MOI,” refers to a clubhead’s resistance to rotation (or twisting) by placing weight as far from the center of gravity as possible. A numerical value is derived by using a mechanism that, by way of a complex formula, measures weights, widths, movements and force. The higher the numeric value, the greater the MOI. The higher the MOI, the less likely the clubhead will twist open or closed on an off-center strike.