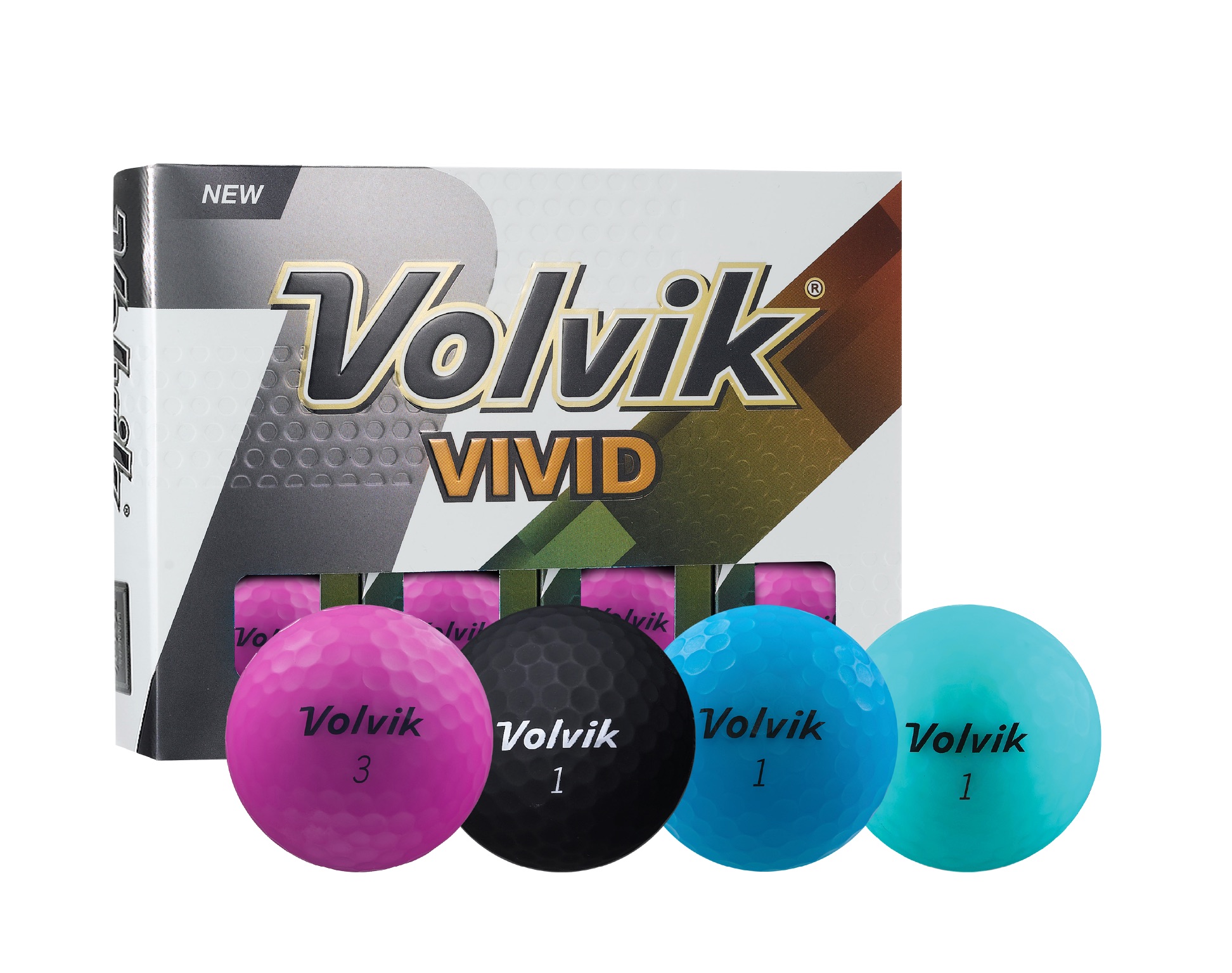 The Volvik Vivid golf balls line is now even brighter with four new colors: jade, blue, purple and black. The popularity of the new colors already is in full swing as evidenced by the immediate strong response.

“This latest expansion of our Vivid line has had a robust result very quickly,” said Don Shin, president of Volvik USA. “Golfers of every ability level are aware of the high performance qualities of Volvik golf balls, and the addition of these four new colors represents an even wider choice for players.”

The new Volvik colors lead the way for new market trends while maintaining the same top quality that provides golfers with superior performance, power and distance.

The new jade Volvik Vivid golf balls were introduced at the Volvik LPGA Championship, played May 24-27 at Travis Pointe Country Club, in Ann Arbor, Michigan, to an enthusiastic reception. The Vivid black balls were introduced in Volvik’s limited-edition Skull packs in the spring; they are being sold by the dozen for a limited time beginning July 1. The jade, blue and purple Vivid balls are available for purchase now.

The Volvik Vivid line is the world’s first and best-selling matte-finish three-piece golf ball, with a 75 compression and a larger core for more distance. The unique SF matte coating provides aerodynamic consistency and higher trajectory. Golfers experience the ultimate in distance – with softer feel and greater energy transfer from the highly resilient power core – as well as higher greenside spin for accurate pin control.

With over 38 years of golf ball production, Volvik has led the way with unparalleled innovation, rapidly becoming one of the most significant and trusted golf ball manufacturers in the world. Volvik is dedicated to the production of specialized 3- and 4-piece multi-layer high performance golf balls for players of every skill set, featuring 58 worldwide patents. Volvik’s patented SF matte coating has led to the development of Vivid, the world’s first matte finish golf ball.

Volvik’s product line portfolio has been in use on the world’s professional tours since 2012. Players using Volvik golf balls have earned millions of dollars in prize money on the PGA TOUR, LPGA Tour, Champions Tour, Web.com Tour, Ladies European Tour, LAGT and Symetra Tour, with multiple victories. The Volvik Vivid XT is the official golf ball of the World Long Drive Association tour, and Volvik is the title sponsor of the Volvik World Long Drive Championship. The Vivid XT provides high visibility from Volvik’s patented SF matte coating, and explosive distance and power from its patented dual core technology.

volvik.com | Check the price on Amazon!