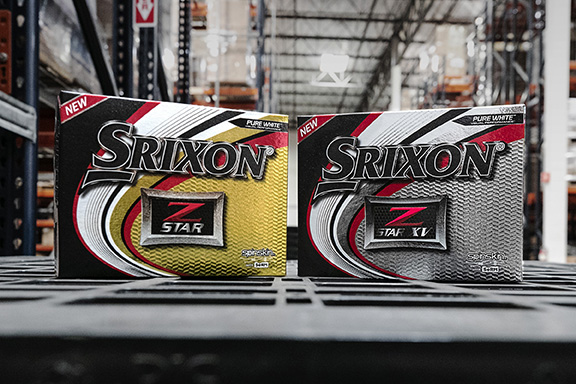 “Engineered for more spin and control, the Z-Star Series features a Spin Skin coating enhanced with SeRM, an extremely flexible material,” said Jeff Brunski, Vice President of Research and Development. “Never before has Srixon combined so many technologies in one golf ball, to produce more friction for more spin around the green.”

The 338 Speed Dimple Pattern on each Z-Star Series golf ball improves overall aerodynamics for better flight performance, even in the toughest wind conditions, with drivers, woods and irons.

The softer urethane cover and Spin Skin with SeRM significantly increases greenside spin for more short game control. It features a four-piece construction with a smaller inner core and larger outer core for more distance off the tee.

“The new Z-Star XV is hotter off the driver,” said four-time Tour winner Keegan Bradley. “It’s definitely longer with my irons as well. So, it’s a ball that’s going to help you throughout the entire bag.”

All balls are available in North America on Feb. 1.