The first time a Golf Tips editor put an OnCore golf ball into play, at Bandon Dunes in Oregon, he couldn’t believe his eyes. Tee shots were barreling down those rumpled fairways with rifle accuracy and bunker-busting distance. Though the hollow-metal-core ball hadn’t yet passed USGA muster, we were willing to wait. It was love at first flight.

Well, that regulatory hurdle is long cleared, and several years down the road, this insurgent equipment company just keeps improving its flagship products. The new Caliber ball is an 80 compression wonder, still rocking that .9-inch-diameter metal core, “Soft Cell” mantle and a 392-dimple urethane cover that marries soft feel with explosive performance off the clubface. Over three rounds on some of Northern Michigan’s most challenging tracks, we found the Caliber workable and responsive and averse to going too far off-line, even on the most egregious mis-hits. It held its own distance-wise up against big boys from Titleist and Callaway while allowing plenty of feel around greens from both deep and close-shorn lies. Metal core? Let’s just call it hardcore fun and worthy of a go for anybody whose average swing speed is under 100 mph. Which means just about everybody. 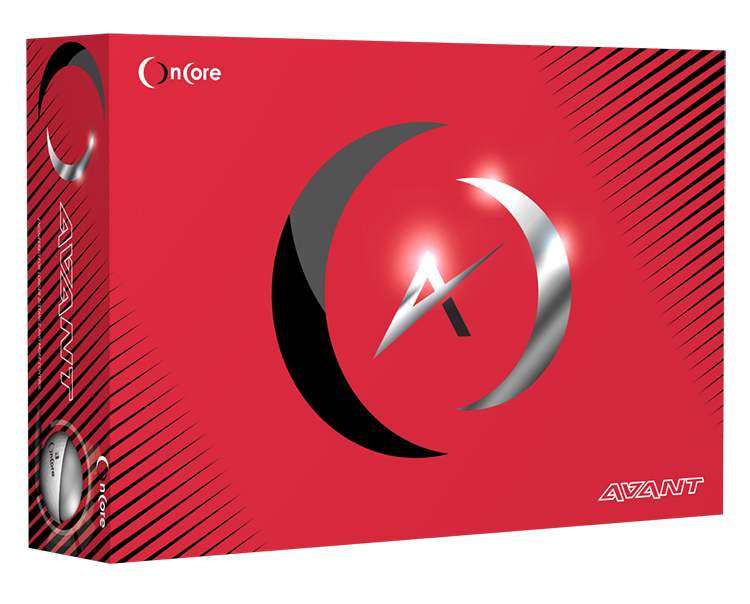 Then there’s the Avant, OnCore’s new affordable but high-performance ball. Instead of the hollow metal core it offers a two-piece design with Soft Cell inside and a tougher but still-supple Surlyn cover. This combo allows big-time piercing ball flight with minimal sidespin as well as a super-soft 65 compression for sweet feel off the irons and wedges. We put it through its paces on one of Michigan’s toughest tracks, The Bear at Grand Traverse Resort, which resulted in no-sweat carries over lakes and wetlands and a smokin’ 38 on the front nine. “It’s a great ball,” said our tester. “Did exactly what I asked it to do.” Then we gave it another go at Toiyabe Golf Club in Northern Nevada, which comes at you with tough green complexes and fast putting speeds. The Avant not only gave its tester an extra 15 to 20 yards off the blocks, but took his up-and-down game to a new level. From gnarly rough, tight collars and semi-wet sand, he stuck 60 and 54-degree wedges close enough to save par three times in nine holes — which, of course, means that it kept its line on the putting surface, too. “On Core?” said one playing partner. “Never heard of them.” He has now.

The verdict? Pick up a dozen of each, put them both into play and pick your favorite for the given conditions. Chances are you’ll keep them both around.