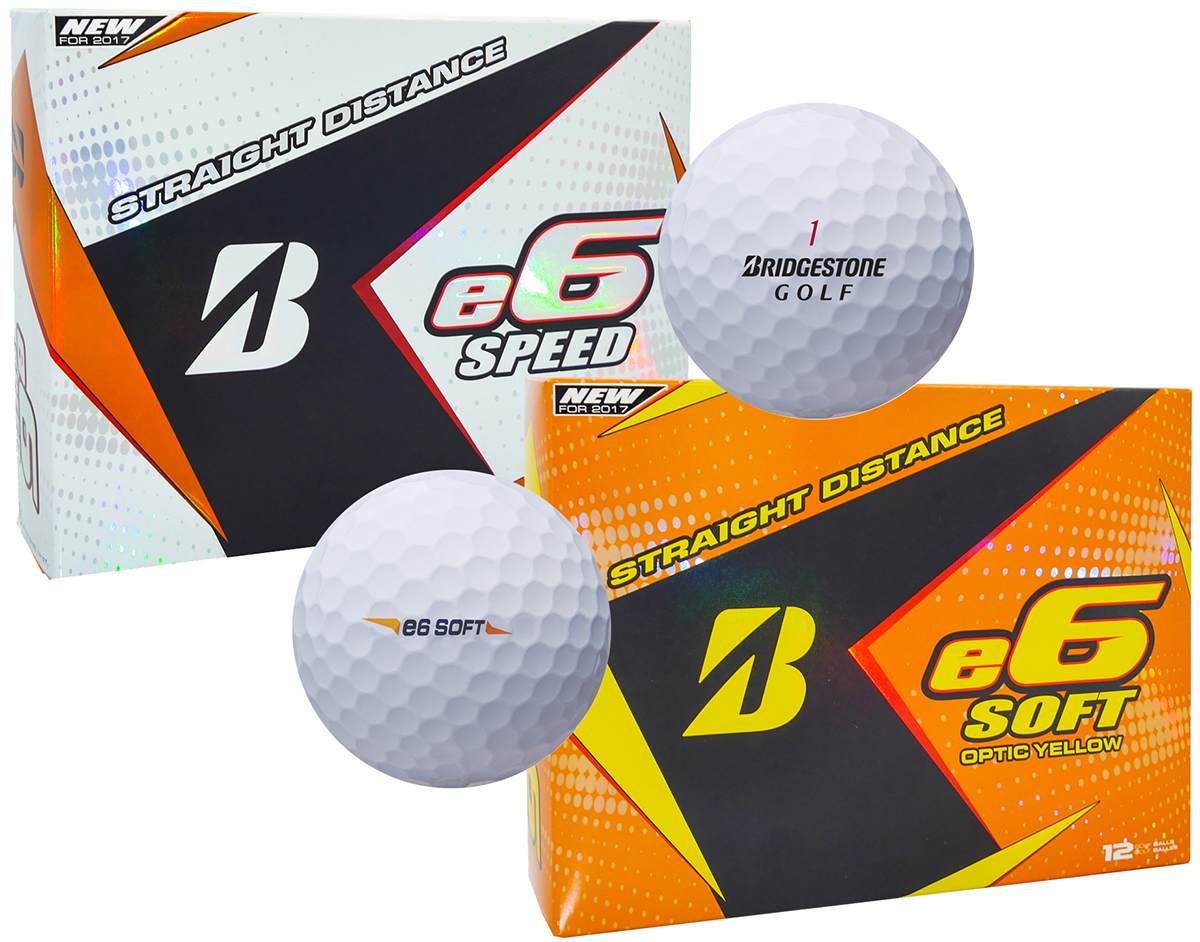 Since the days of Balata and Surlyn back in the 1980s, golf balls have become more and more alike across the board, no matter the price point or manufacturer. Right? Well, yeah, I’ve long held that belief, especially when I view the ball market through the lens of a mid-handicapper. How much difference can this construction or that cover or whatever dimple pattern make to the average player? Uh, lots, it appears, and it took only one tee shot with the brand new Bridgestone e6 Speed ball to convince me. And a few holes later, when I put its sibling, the new e6 Soft, into play, the conviction became giddy enthusiasm. I’ve played and been impressed with Bridgestone’s various B330 balls, but the new e6 is a different animal — indeed “longer and straighter,” as their marketing motto purports.

Compared to what, you ask? How about the flagship, high-end ball from the bestselling brand in the world, the one that starts with a “T?” Yep, at least according to my casual and admittedly non-scientific testing over a couple rounds, both versions of the new e6 took me at least eight to 10 yards further down the fairway.

Back to that opening tee shot at a popular muni in Reno, Nevada, on a warm fall day, from the substantially elevated back tees: I hadn’t played in a few weeks, but went at it full-speed anyway, catching the e6 Speed slightly on the toe. No matter — it still carried about 240, coming to rest next to a couple fairway mounds that mark the 250-yard spot. The wedge shot to follow was pulled long and left, telling me I’d have to adjust my iron distances with this ball from here on in. Not a bad problem to have if, like me, you’ve been leaking distance with the approach shots for a while.

And so it went through the front nine — one busted, slightly drawn drive after another, leaving fewer yards home than I’m used to. What were 5-iron approaches turned into 7-irons; where I may have pulled a 3-metal on a par-5 in the past was now hybrid territory. And the Speed ball didn’t disappoint around the greens, either, offering impressive feel and spin from 100 yards in. Then, when I switched to the yellow version of the e6 Soft, I noticed a bump in touch on the short ones, and, surprisingly, no loss of carry on the full shots, including drives. And there’s no way I could put too much bend in the ball with either the Speed or the Soft, which tells me that Bridgestone’s claim that they are “31 percent” more accurate than the competition isn’t far off the mark. Same with their “nine yards longer” assertion, which certainly came into play for me.

So, how did Bridgestone come up with this new pair of e6s, which feature new “Delta Dimple” technology to cut down air resistance? According to a press release they were “Developed using data gathered from more than two million in-person and online ball fitting sessions” — an outgrowth of their industry-leading “proprietary Ball Fitting system” introduced back in 2007.

“We are the clear industry leaders in ball fitting, our team has measured millions of swings with all types of golfers and captured data on their performance needs,” said Elliot Mellow, marketing manager of ball fitting. “Unlike competitors, we are not advocating that most amateurs play a Tour level ball, rather we designed the new e6 series to benefit the widest variety of players. In fact, 83% of golfers show a performance gain when switching from Pro V1 to e6.”

Count me among the early converts.