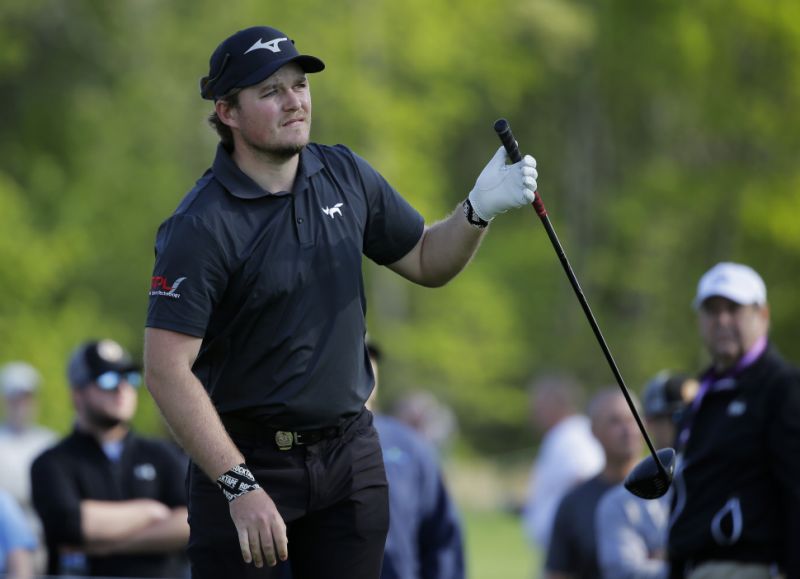 Don’t run out of golf balls during a round.

By now most of the golf world is aware of Pepperell’s disqualification from the Turkish Airlines Open on November 9 after he took a cue from Roy McAvoy, Kevin Costner’s character in “Tin Cup,” who was down to his last bullet on the last hole of that movie’s fictional U.S. Open, and went one step further.

Currently ranked No. 48 in the world, Pepperell—who managed to fire a 67 at the Open Championship in July while nursing a nuclear hangover—should know better than to come up empty.

Sure, most Tour pros are confident enough to pack perhaps a half-dozen balls before hitting the first tee. Maybe they’ll rinse one, give away another to a fan, but never would they even think of blowing through nearly two sleeves’ worth on one par 4.

Which is exactly what Pepperell did as his playing partners, Martin Kaymer and George Coetzee, looked on in disbelief. Then he walked off without asking one of them for a ball, which he could have done to at least complete the hole.

I have done my best to match Pepperell’s ignominious achievement. Just the other day I lost two balls on my very first hole of a local tournament (which we ended up winning anyway, thanks to some straight-shooting partners, most of them female). I’ve lost so many as three on one hole. But five? That’s impressive.

Even at my worst I’ve never been close to exhausting my supply of dimpled victims. I’ve always got at least a dozen on board, usually closer to 20. I know my tendencies.

That said, wouldn’t we all—Pepperell included—prefer to limit the loss as much as possible? And aren’t we all thrilled when we negotiate all 18 holes with the same ball?

Of course we are, which is why in golf, accuracy, not brawn, matters above all.

Good thing we have a few great tips on keeping that sucker on the short grass, like this one on power AND accuracy from a couple teaching pros in the Pacific Northwest, or this one on driving the ball straight from Scottsdale-based PGA teacher Donald Crawley, and, finally, this one on How To Play Target Golf by another Arizona-based teacher, Doug Hammer.

Let’s go find a few more fairways and not give those pesky ponds a second look. Or a fifth.

If Eddie will send me his e-mail address, I’ll be happy to pass them along.