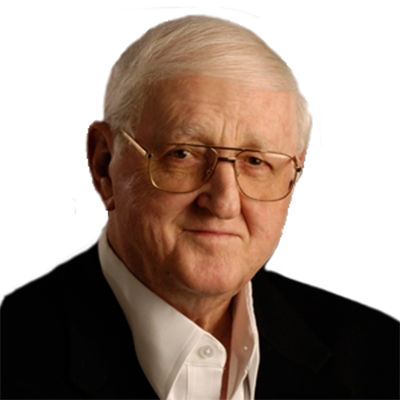 When I learned of Dan Jenkins’ death at age 89 on March 7, I debated whether to offer a few choice words on one of the greatest golf writers, and sports writers in general, who ever put tobacco-stained fingers to a keyboard.

Then I realized that “a few choice words” were Jenkins’ stock-in-trade for seven decades, starting in his native Fort Worth, Texas (where, as a budding scribe, he turned down a series of golf lessons from Ben Hogan to pursue his true calling), through his Sports Illustrated years and beyond, and ending with his final, mild (by his standards) Tweet on Feb. 4 in response to Sergio Garcia’s recent spate of on-course meltdowns:

“Regarding Sergio: Over the years, I’ve seen several tour pros take a nasty divot out of the bent with one angry chop.”

Translation: Sometimes a guy just has to let it out and leave a mark, even if it hurts.

Over his career Jenkins produced 20 books (“Dead Solid Perfect” is a stone-cold classic of golf writing, and the anthology “Fairways and Greens” is a great place to start for the three people not familiar with his work) and countless columns that set a high bar for anyone who wanted to write honestly and incisively about the “gentleman’s game.” He had a knack for endearing himself to the sport’s greatest players while knocking them down a few pegs, to the average Joe’s level. And he’d do it in as few words as possible, always composed on tight deadline and sometimes powered by a dram or two of scotch.

To my dismay and detriment, I never knew Jenkins. The last time I saw him in person was at the 2010 U.S. Open at Pebble Beach, still holding court in the media tent and slinging pithy sentences at age 80. He was getting frail even then and, as was his longtime custom, eschewed heading out onto the crowded course in favor of weaving his singular prose from his far-sighted seat. Words were his lifeblood and he chased his next great right through last year’s Masters, and on to the Twitter end.

In fact, the original iteration of Twitter, which he joined in 2010, was tailor made for the guy — he could pack more stinging hilarity into 140 characters than the most economical comedian.

Whether by social media or in a 1,500-word feature or a full-length novel, Jenkins cut quick and deeply, always with a reverent wink. That takes guts and talent and a don’t-give-a-damn attitude.

He was golf journalism’s Arnold Palmer. And who can’t admire that?