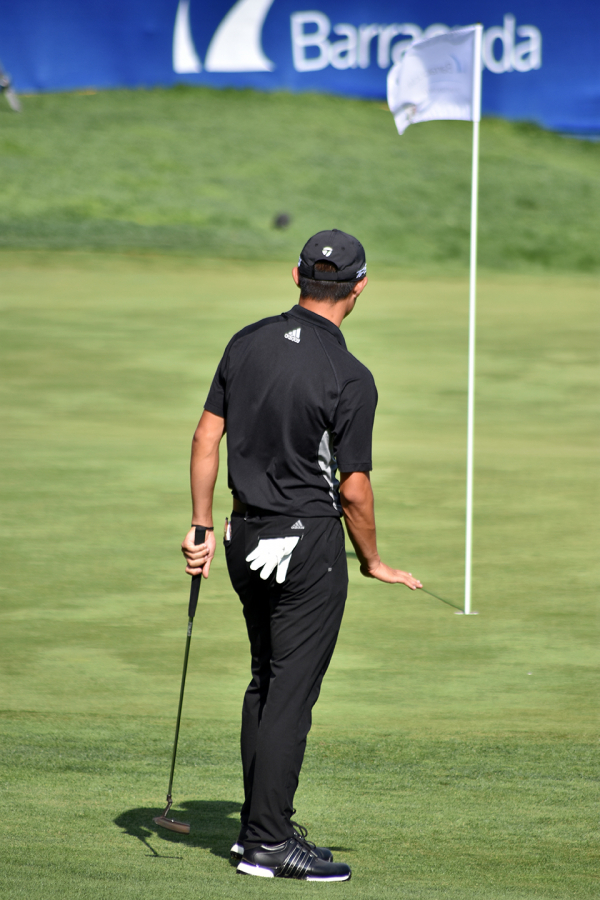 Collin Morikawa asks his third shot to slow down on the 18th green of Montrêux Golf & Country Club during the final round of the 2019 Barracuda Championship. Photo by Vic Williams/Golf Tips