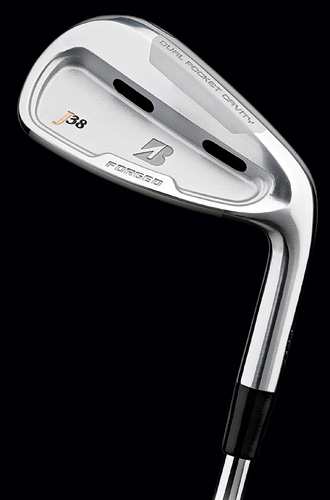 Who has the hot new irons in 2010? Who doesn’t? The new decade looks promising, with a variety of irons to choose from, ranging from ultra-game-improvement to Tour-inspired, with a host of options in between. In fact, it seems like most irons this year have placed forgiveness atop their list of attributes. Even many of the forged models are being touted as more forgiving. But, what’s forgiving for a forged iron isn’t the same as that of a cast club that may have some more aggressive perimeter weighting. Be sure to take that into consideration as you peruse our guide.

Give these irons a quick look, and don’t miss any chance to go out and try them for yourselves. We did, and contend that this year has more great irons than ever to choose from. In fact, we’d go so far as to say, if it’s in this guide, it’s here because we think it’s a good choice.

Take a look and, no matter what irons you decide, do yourself a favor and get fit. They’ll work a lot better, and your golf game will thank you for it.

Bridgestone J38 Dual Cavity
Key Feature: The integration of dual pockets in a forged set of irons. The resulting effect
is greater forgiveness without the bulk.
What We Like: They’re beautiful to look at, not to mention they feel like butter on solid shots. The longer irons are much easier to hit that previous B-Stone forged offerings.
Who It’s For: Good to great players who want a player’s sole grind and club shape that’s forgiving, too.
Specs: Available in 4-PW, with an optional 3-iron. Project X steel shafts.
bridgestonegolf.com | $799