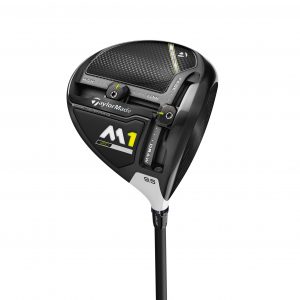 TaylorMade Golf has made a name for itself the past several years by reinventing its product lines. That makes its 2017 a bit unusual as the TaylorMade M1 family of metal woods line carry the same name as the 2016 line.

The technology in the 2017 line, however, is different than the 2016 line, according to TaylorMade, in that it has “have pushed the boundaries’’ of golf club engineering with the M1 driver. For example, TaylorMade says the 2017 M1 driver features a new, lower density Titanium alloy called “9-1-1’’ and an added carbon toe panel that accounts for 43 percent more carbon composite than its predecessor. The two-tone crown of the M1 driver, according to TaylorMade, incorporates a proprietary six-layer carbon composite panel that is precision-fit to the skeletal titanium body using an FF2FF process, which the company says is a breakthrough engineering technique that results in manufacturing repeatability for consistent, aggressive looks and performance.

In designing the new M1 fairway, TaylorMade’s engineers strove to challenge convention that a fairway wood cannot be both adjustable and also incredibly long. Constructed with a 450 stainless steel body, strong Ni-Co C300 face and same carbon composite crown as the M1 driver, the completely re-designed and reshaped M1 fairway has a track system that has been shifted more rearward to make room for a new open channel Speed Pocket designed to deliver more ball speed & more forgiveness. The steel fairway castings have also been pushing the limits of manufacturing to achieve thinner and thinner crown thicknesses every year. Thus, TaylorMade turned to carbon fiber to unlock a new runway of design. The track was moved back behind the Loft Sleeve pocket in order to make room for a through-slot which promotes faster face-flex and ball speed on mis-hits low on the face and also reduces backspin leading to more overall distance.

The new M1 Rescue features a moderate sized, Tour-proven shape and a newly designed sole that will appeal to a larger demographic of player, offering more playability from an increased variety of lies. The sole is engineered with TaylorMade’s first-ever sliding weight system in a hybrid – and the company’s most adjustable ever – providing golfers the opportunity to not only experience the neutral/fade biases of its predecessor but with the added option of draw setting – as well as anything in between for ultimate shot shape adjustability and personalization.