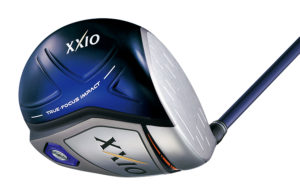 So what if most Americans still can’t pronounce their name right? With the marketing power of parent company Cleveland-Srixon (which is in turn a subsidiary of Dunlop Sports) and nearly 20 years’ worth of international growth behind them, XXIO 10 (pronounced ZEK-si-oh ten), is making a big push in the United States, spreading the gospel of their “better for lower swing speeds” design and manufacturing philosophy to all corners of the planet’s biggest golf market.

“The company's been around since the year 2000,” said Chuck Thiry, Vice President of XXIO’s North America headquarters, during a break in the action at the PGA Merchandise Show. “It started in Japan, which is the second biggest market, and since a year after we started the brand, it’s been the number one brand in Japan. Today we build about a third of the irons and woods that are sold in the second largest market. About three years ago they made the decision to bring it to the U.S. We’re now in 500 locations around the country.”

By bringing three-time major champion Ernie Els on as a brand ambassador, XXIO is poised to make inroads from coast to coast.

“It’s a big step for the company,” Thiry said. “He aligns with the brand perfectly, he’s very global, he’s very well respected, he’s got a tempo that lines up with our brand.” Indeed, the Big Easy’s seemingly slow but powerful swing plays well with folks who really do swing slower, far slower than him or anyone in the game’s top tiers. And that’s just fine with Thiry, for whom the phrase “easy does it” translates into high-end sales for well-heeled players.

“From a product or story perspective we’re all about modern swing speeds, 90 to 95 and below. We know that's not a small niche, it’s a big niche. We believe our product fits almost every woman and it fits all male baby boomers.

“If we have we have one advantage it’s that we're not like anybody else. So we’re focused on this modern swing-to-be player; most companies start their thinking with the Tour player, the best player, so they have to make their clubs quite a bit different from the head all the way down to the grip. We’re not that concerned with that player.”

The company’s brand new line, introduced in December is called XXIO 10 to reflect another element of its easy-going philosophy. “We introduce product every two years,” Thiry continued. “It’s for both men and women — drivers, fairways, hybrids, irons that match. I would say this fits the bulk of the market, 70 miles an hour to 90 miles an hour.

“Then for the ultra-slow swing speed player, we have XXIO prime, light and soft — 36 gram driver shaft, very soft and flexible with the balance point moved up towards the grip. The heads are still fairly heavy; the way the shaft, the grip and the head interact creates lag in the golf swing and puts the club on a more efficient path — and delivers it faster. Almost every person in this entire building will swing this golf club faster than the one they have now.”

Still, Thiry realizes that XXIO’s niche is still just that — a niche. That’s one reason XXIO won’t take any sales away from the other two legs of Dunlop’s three-legged OEM stool.

“We align them very separately. Cleveland is really a brand that starts first and foremost with short game; they’re known for wedges. So that’s their focus, short game products. Srixon is a high-performance tour brand for better players, and of course XXIO is completely different.”

“Once we put a couple of women are seniors in the product, watch out — the group he plays with see him hitting it higher and 10 yards further and it just starts to go.

“It’s fun — we are at a fun point in our evolution, and fun is a good way to describe the brand. It’s all focused around the word ‘easy.’ Easier distance, easier to hit far, easier to hit straight, easier accuracy, easier golf. It’s a natural that we now have the Big Easy.”

Drivers | Check the price on Amazon!

Fairways | Check the price on Amazon!

Hybrids | Check the price on Amazon!

Irons | Check the price on Amazon!