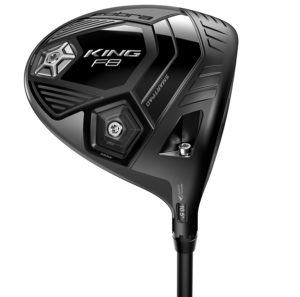 Sometimes it’s difficult for the major golf manufacturers to advance their anchor products beyond the “minuscule” level, but the new Cobra F8 line of clubs, from driver through irons, seems to have managed a couple of quantum leaps.

One of Golf Tips’ Top 30 instructors, John Hughes, swears by Cobra when students ask him about a great game-improvement driver. Well, the new King F8, with its oversized shape, boasts maximum forgiveness. Compared to traditional hand-polished drivers, a CNC precision milling system allowed Cobra engineers to achieve precise face thickness and tighter tolerances resulting in improved bulge-and-roll curvatures with a face that is three percent thinner and 10 percent lighter for maximum ball speed across the face with distance and accuracy.

“We have some really cool visible technology on this driver,” said Mike Yagley, Cobra’s director of innovation, research and testing. “CNC machining make it a more accurate, precise face, so now it’s hotter and just better. And when you strike the ball, the ball leaves an imprint; that happened by accident, but being able to see where your ball makes contact is a huge deal.” On top are aerodynamic trips on the crown, made out of polymer. 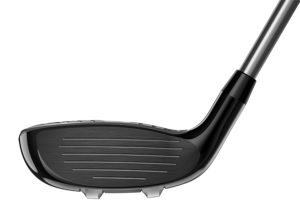 “We’ve found a better way to streamline the club and transfer more energy to the ball. The carbon fiber crown saves weight and allows you to put weight in other places; in the F8 we have two weight centers and it’s a little bigger footprint than the F7 — it’s meant for a game improvement sort of player. It has a higher moment of inertia, a little bit higher ball flight. It should help then the slicer, which of course is about 70 percent of all players.”

Meanwhile, the F8+ has a “Tour preferred” shape for maximum workability, leading Rickie Fowler to put it in his bag after just a few swings earlier in the 2017-18 season. “It’s a great driver,” Yagley says. “The weight settings are slightly different than the F8; it’s more for the accomplished player, so they have two weight options — the major weight which is 12 grams in the back just to get a little higher ball flight, or put that 12 grams in the front and that’ll bring the ball flight down a little.”

Both drivers build on the successes of their F6 and F7 predecessors by adding the company’s first CNC milled driver face paired with 360-degree Aero Technology. And with Cobra Connect — built-in connectivity to the Arccos game tracking system — players can get immediate feedback on how they’re really striking the ball.

“With the addition of the first CNC Milled titanium driver face for unrivaled precision, weight savings and performance gains, combined with advanced analytics from Cobra Connect Powered by Arccos, we believe the F8 and F8+ drivers are truly a step into the future of the game,’’ said Tom Olsavsky, VP of Research & Development for Cobra Golf.

The improvements keep coming with the F8 fairway metals. “If you take 20 grams of weight and put it somewhere else you can make a great fairway metal,” Yagley continues. “We put it into a back-weighting system that is incredibly forgiving, has very low center of gravity, and the sole rails turn it into a skidder out of nastier lies. The ball just goes farther.”

And the hybrids? Yagley says they’re more versatile than ever thanks to “progressive rails” on the sole, “with the center of gravity moved forward for better feel and contact. They really play well, are really forgiving and will be stupid long.” 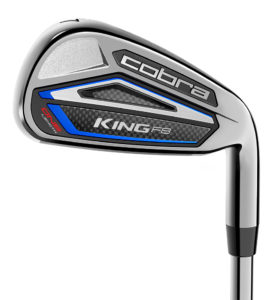 The F8 irons carry that “versatility” moniker, too. “For the irons, we took what was the killer platform in the F7 — three constructions among the set,” Yagley says. “For the longer irons it’s a hollow body construction, so it acts like a hybrid with the center of gravity low. The middle irons are the classic cavity back. The shortest have the highest loft lines, especially in wedge construction. To have three constructions work seamlessly is no small feat.” Yagley and his crew even dialed in the most pleasing sound they could: “We raised the sound frequency about 1500 hertz to make the strike sound more pleasing.”

Finally, the 2018 version of the single-length irons that debuted in 2017 — with PGA Tour player Bryson DeChambeau’s geek blessing — deserve a mention. “They can help many players, but I cannot tell you exactly who that player is,” Yagley says. “We’ve seen beginners, we see people with bad backs, we’ve seen scratch players come in and go, oh, I really liked it and there almost is no rhyme or reason. One possibility: Somebody knows they hit their 5-iron 178 yards, but if you’re on the 18th hole of the club championship and don’t hit it 178 yards, you are in the bunker and you’re going to lose. You could be a candidate for one-length. It takes the variation on longer irons and reduces it substantially. Sure you lose some clubhead speed because the club is shorter, but you gain it all back in consistency. In our testing, that 178-yard scenario, we’ve seen players get seven or eight out of 10 in that bunker with varying length irons and they’re dead. With one-length it’s seven or eight out of 10 on the green, and they just turn around with a big smile on their face and say, ‘wow this really works.’ That person is a candidate.”

Driver | Check the price on Amazon!

Fairways | Check the price on Amazon!

Hybrids | Check the price on Amazon!

Irons | Check the price on Amazon!