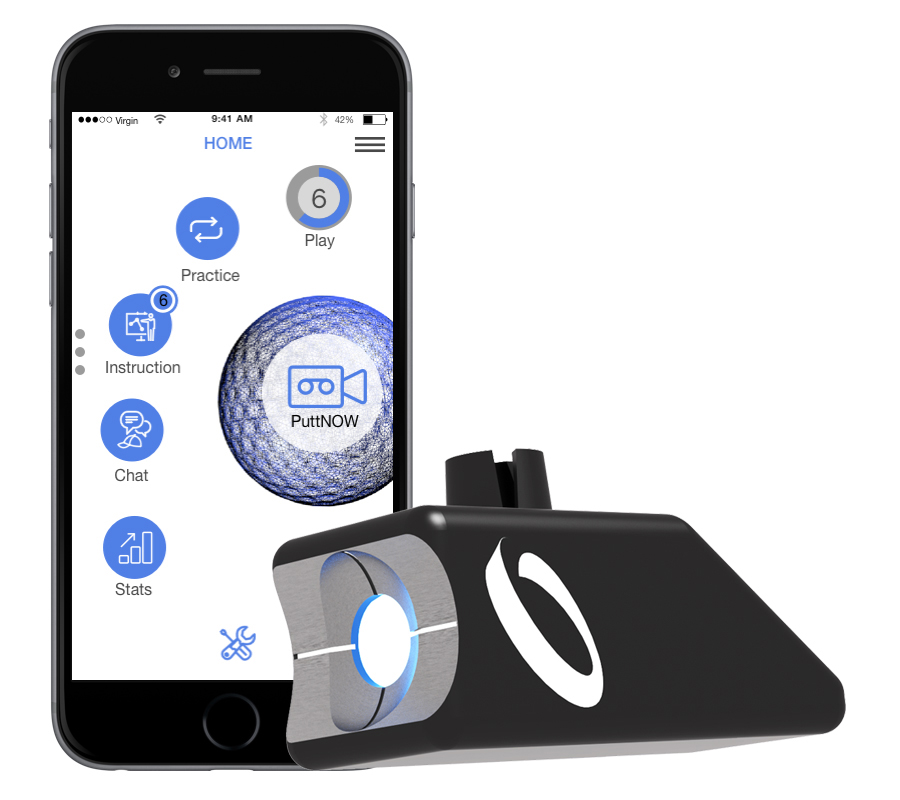 Any product that has the backing of Pebble Beach Director of Instruction Laird Small — as well as legendary putter builder and fitter David Edel — is automatically on our “Best Of” radar, and the BioMech putting sensor definitely makes the grade.

The small, lightweight gadget, which attaches to the underside of putter shaft just below the grip and out of sight at address, picks up every metric that matters to instructors and students yearning to perfect their strokes: Face angle going back, through and at impact, change in loft at impact, club path, rhythm and target line length. It’s all gathered in real time, with stats uploading to an app immediately for review by player and coach, whether they’re on the practice green or the course.

“We can actually see what their habits are on the golf course on a six-foot breaking putt or a 40-footer,” Small says, “and you can actually see and track that stuff right away. So for the player and for the teacher it’s invaluable information because you’re going from a multi-site environment to a one-shot environment.”

Adds BioMech CEO John Douglas, “we’ve created a very high-tech platform with the highest quality components that we could muster in this form factor — the sensor only weights an ounce — that would allow for real time analysis and real time feedback. We’re also able to distinguish how one putter performs differently from another. We can tell immediately what works better for someone, and they’re able to see the data right in the spot.”

For Edel, the BioMech sensor made immediate sense.

“I’ve been in putting for 21 years. There’s a lot of processes and products that companies come up with, but I’ve known John for a long time and he said, ‘Hey, I’ve got something special. You just take a look at it.’ I got on the front end of this; I’m in the mentoring process with not only the product but the team.”

Edel said that their work, along with input from the professionals now using it, will get turned into “an actual program or a change to an app, that so we can track and understand things that we had been wanting to have happen.”

After years of chasing the right numbers with larger, heavier, more cumbersome and hard-to-calibrate systems, Edel is bullish on what this tiny piece of technology can do.

“Other attempts to do this had been really quite weak. The power of this sensor, the amount of information it’s grabbing — the team is able to take all that diagnostic information and put it into a platform that allows me as a fitter or a teacher, to make changes.

“I fit putters to aim, but a putter is two things: and emotion system and alignment system. [With a mis-fitted putter] golfers make consequential deviations to make a putt. Then they get my putter, which hits it straight, but the compensations no longer help them go into the hole. So once they stick with it and go, ‘OK, now I can release or do whatever I wasn’t able to do before,’ this will allow that player to understand what they’ve been doing wrong, and what they can do to fix it — to continually stay in that zone.

“This is just phenomenal not only for me as a business, but for people who buy my putters. The core value to Edel Golf is to make people better golfers. Why wouldn’t I be involved with something like that?”

Small, who’s as techno-savvy and stat-seeking a teacher as there is in America today, BioMech opens a window into a student’s true progress with the most important club in the bag. Numbers don’t lie, but he’s never been privy to these kinds of numbers before.

“We can actually track and see how you actually progress within those parameters set by the teacher or even by the student themselves — ‘OK, here’s where I was, and now here’s how I see myself moving towards the direction of where I’d like to be.’

“Golfers are crazy and, as you know, what happens is instead of staying on the path towards a particular outcome, we change because, well, this feels a little better here or this feels better there. The best putters don’t change. The best golfers don’t change. They stay repetitive and they stay consistent and they realize that it may not be an emotional thing that’s causing them to change. We go after their factual state of what actually is happening and how the putter is moving. Then they can start to have more confidence or trust in what they’re doing because confidence is an emotion, and that leads to building skills.

“This sensor helps to qualify and narrow those skills sets.”

Edel takes it up another notch. “Once you say, ‘I’m putting the best I’ve ever putted’ and have a baseline of what you know you did, you can create a reference putt with that and work on stay-ing towards that reference — or even getting better.”

The BioMech sensor is $300, and its app works on all iOS and Android devices. A player subscription to the “Real Time AIM” cloud service is $200 per year or $20 per month. The instructor subscription is $500 and $50.