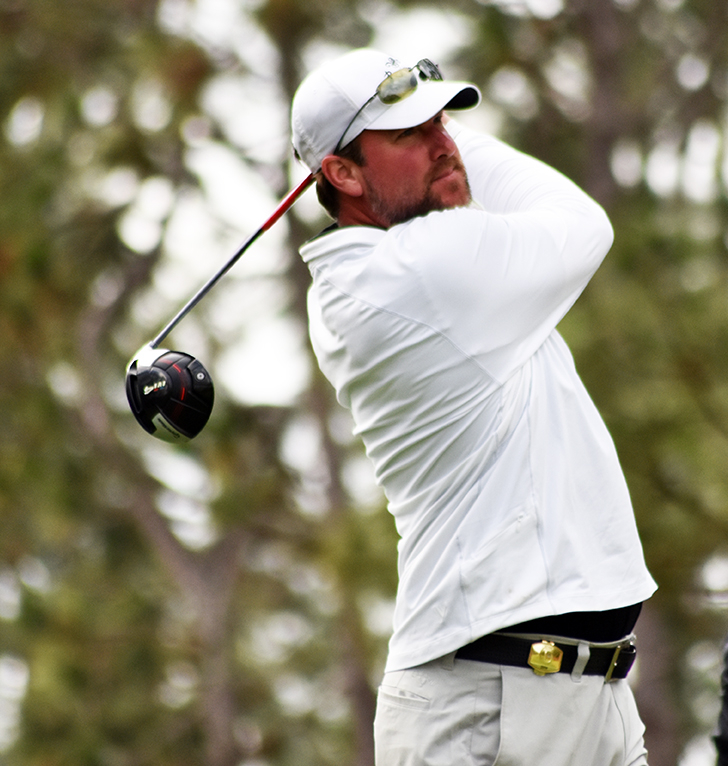 Derek Lowe, who won a World Series championship with the Boston Red Sox in 2004, puts a fastball down the middle at the 2019 Diamond Resorts TOC.