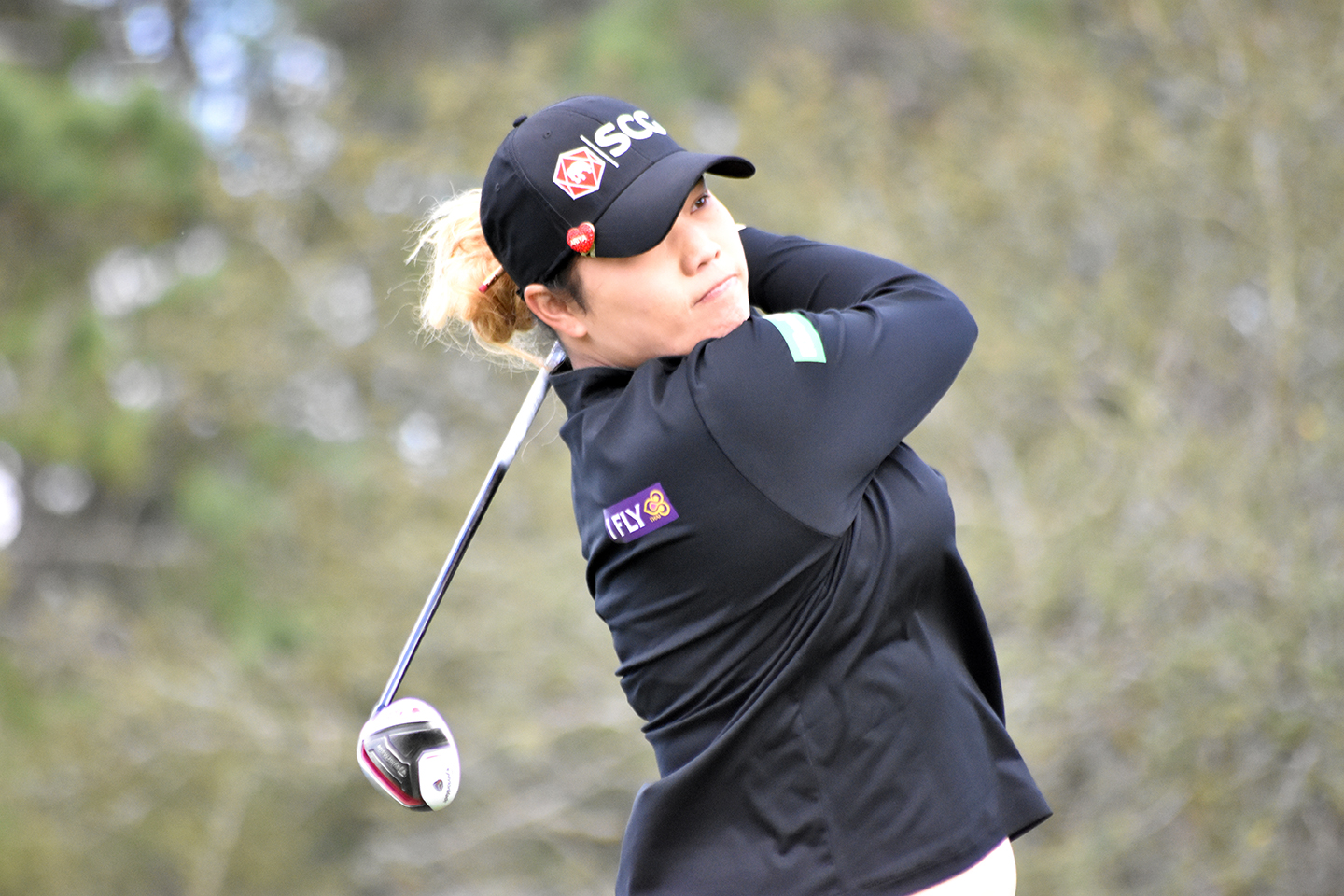 The day I’m good enough at golf to ask a playing partner not to mark his ball on the green, then take aim at that ball with the expectation to actually hit it in classic backstopping form, is the day …

Oh, who am I kidding? I’ll never be that good. Nor will 99.999 percent of golfers, which makes the current Tour-level “backstopping” tempest in a rules-muddied teapot such a joke to me, and any rank-and-file, mid-handicap-and-above amateur.

For those not tuned in, during the final round last week’s LPGA event in Thailand, local heroine Ariya Jutanagarn (above) was playing the par 5 final hole with Amy Olson. Jutanagarn’s third shot came to rest a couple feet from the hole, while Olson, who had sprayed her second shot well right, into the rough — a classic “flier” lie — was faced with a tough up-and-down for birdie.

Now comes the backstopping part: Instead of marking her ball, Jutanagarn left it in place, giving Olson a potential “backstop” on a tricky downhill shot that otherwise would have barreled well past the hole — you know, actually being penalized for a lousy approach. Of course, Olson’s ball struck Jutanagarn’s, stopping it within birdie-saving distance. No harm, no foul … or was there?

Depends on whether the two players in question conspired to give one of them an advantage over the rest of the field.

USGA rules for 2019 are clearly unclear on that point. States Rule 15.3a: “If two or more players agree to leave a ball in place to help any player, and that player then makes a stroke with the helping ball left in place, each player who made the agreement gets the general penalty (two penalty strokes).”

Given that Olson appeared to gesture to Jutanagarn to leave her ball in place, and the fact that the two players fist-bumped after Olson’s “lucky” shot, were those penalty strokes doled out? Nope, the LPGA determined there was no infraction within the parameters of the rule — there’s no way to unequivocally show that the players blatantly “agreed” to set Olson up for backstopping. And that’s that.

Given that other top players have jumped into the fray including major winner Jimmy Walker, who admitted that players will actually leave a ball in place if they “like a guy” they’re playing with, this whole backstopping thing ain’t going away.

To that I say with a casual shrug, “whatever.”

I don’t have the right to place the word “backstopping” into my vocabulary, much less into my on-course strategic arsenal. From Olson’s position, facing a pitch over the shoulder of a green running away from me, I’d be happy to keep it on the putting surface at all. Forget aiming at a couple-inch-wide spot and giving myself a greater than 50 percent chance of hitting it. And my short game is, thankfully, one of my strengths. But I’m not crazy.

Perhaps this is one of those examples where Tour pros — and high-level amateurs — should play by different rules than mere mortals. Backstopping is a problem if highly skilled players are colluding against the rest of the field. It’s despicable, in fact. So let the “Pro” rules reflect that, and ban the practice in no uncertain terms.

But for me? By all means, leave that ball right where it is if you want to. There’s next to zero chance of me hitting it, and if I do, I’ll buy you a beer. Two, even. No conspiracy necessary or even contemplated.