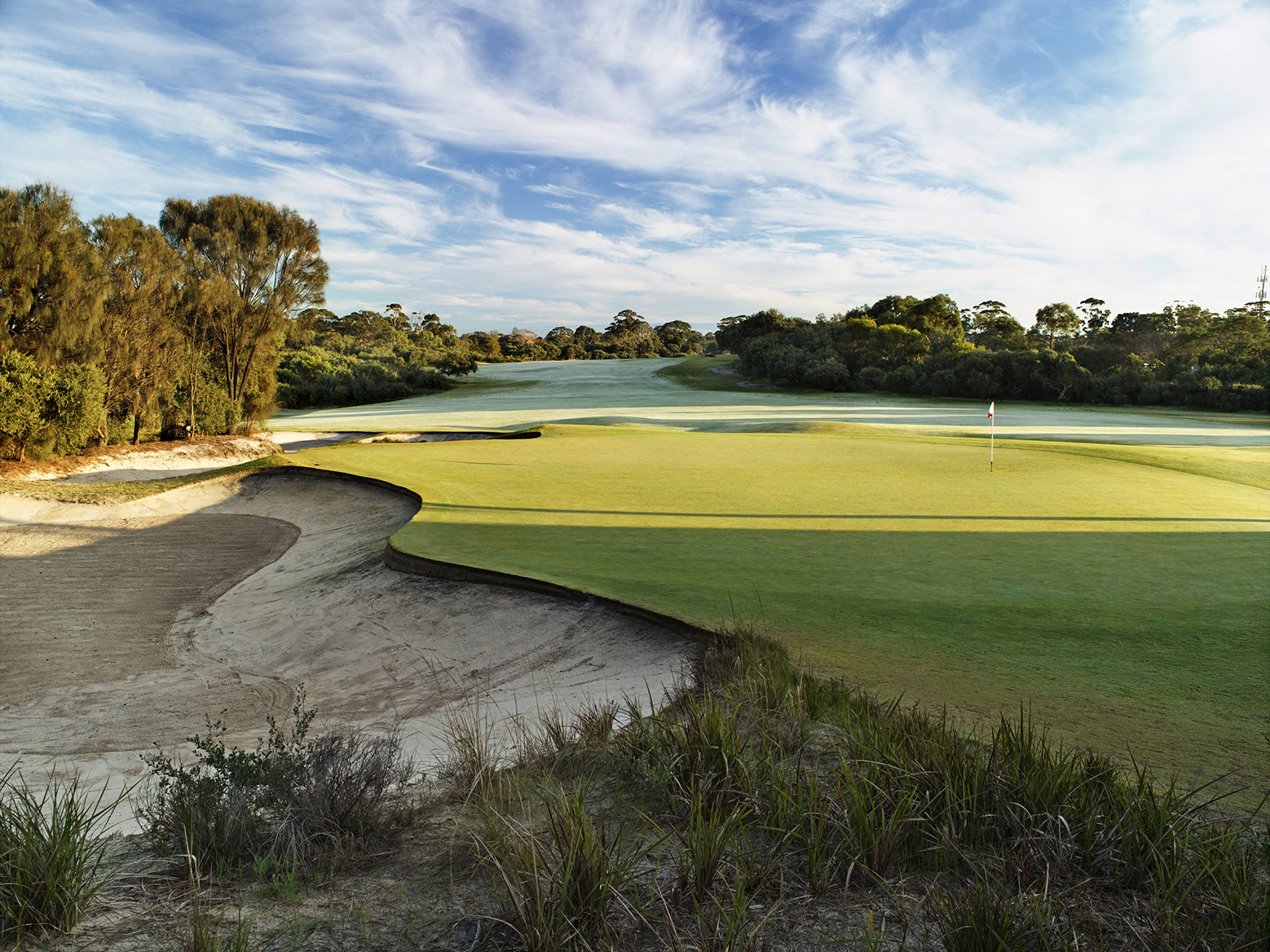 The ongoing tragedy of the Australia fires – bushfires, rather – is the biggest worldwide story of the first days of 2020, at least on the environmental and humanitarian fronts.

Even on the golf front.

Think about where the blazes are most acutely savaging the continent: South Wales (home to Sydney, its largest city, and the capital of Canberra) and Victoria, home to Australia’s famed Sandbelt and Top 100 courses like Royal Melbourne (above), where the Presidents Cup played out in dramatic fashion in December.

No word on whether any of the courses in those provinces are in immediate danger, at least in the short term. They are primarily in or near urban areas, miles away from the conflagrations themselves, but certainly affected by smoke and other health threats. Past summers have brought huge fires much closer to Melbourne, as well.

An even bigger threat is on the island of Tasmania, where two newer courses – Barnbougle Dunes and Lost Farms – opened to immediate Top 100 acclaim.

It’s happening elsewhere in the world, too.

Anyone who has attempted to play golf under a shroud of noxious fumes – including PGA Tour pros at American events such as the Barracuda Championship in Reno, Nevada, which has dealt with forest fire smoke several times over its 21-year history – will tell you it’s no fun.

For their caddies it’s even worse.

For spectators, well, they just don’t show up, and rightly so.

For the day-to-day average player, a smoke-choked sky is just another (legit) reason to stay  home.

But for the teeming, voiceless, precious wildlife that helps make golf such a delightful outdoor pursuit, the fires and smoke and intense heat are downright deadly.

In Australia, where 83% percent of wild animals are indigenous to that landmass, recent estimates put potential animal loss in the hundreds of millions – spurring one local golf headware company to donate a portion of its sales to wildlife rescue.

It’s clear that climate change, whatever its cause, is approaching Defcon 1 in terms of environmental damage, and if you’re a denizen of planet earth, there’s no escape.

Golf is usually a respite from the ills and challenges of modern existence, but in this case, it’s right there in the thick of battle. Australia is just the latest war front; as temperatures rise and once-verdant regions of the planet dry out, the game may have fewer viable venues. Courses will disappear, or never get built in the first place.

Yes, they’re just golf courses. They mean next to nothing in the grand scheme, especially if you’re a non-golfer.

But places like Royal Melbourne are too valuable, too chock with history and architectural majesty, to lose.

In fact, even the most humble nine-holer is, contrary to popular opinion, a valuable ecosystem in its own right, haven to creatures great and small. Many courses these days employ environmentally friendly maintenance practices, and there’s nary an architect that doesn’t figure modern environmental pressures into design or redesign plans.

But the game can do more. It can deploy its rich culture of charity on the front lines of the climate change fight. Courses can demand more climate-friendly carts or, better yet, encourage players to walk. Its most powerful voices can tout how most courses actually help, not harm, the environment, while firmly discounting the climate change deniers.

From the fire-scarred landscapes of Australia to every golfing corner of the world, we’re in this together.